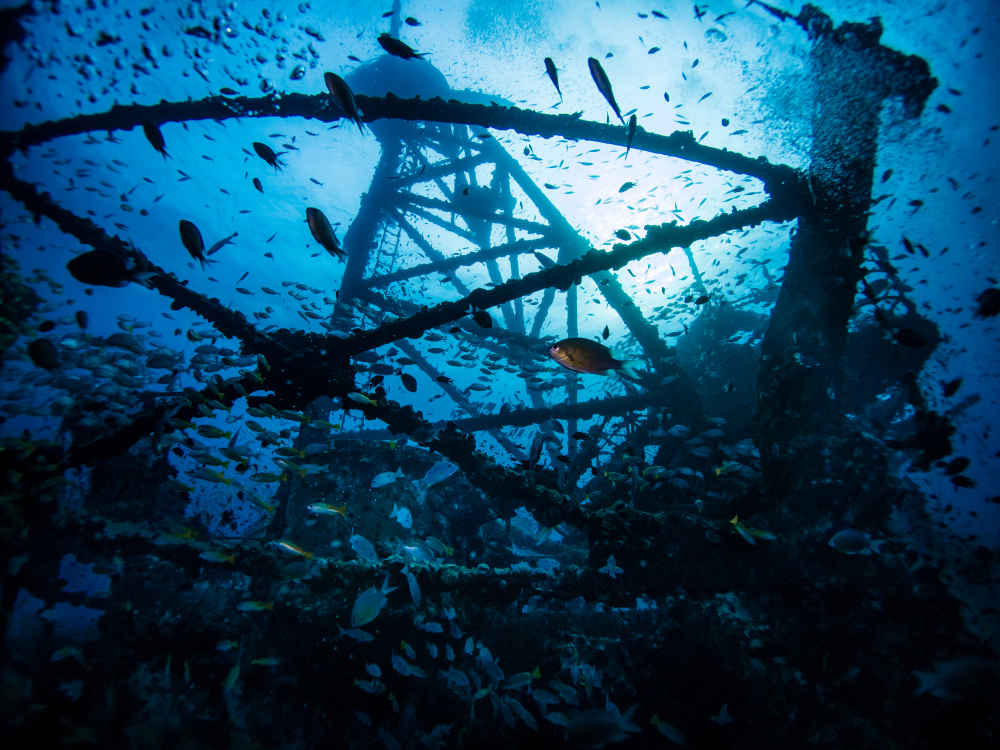 The open ocean is the largest and least explored environment on Earth, estimated to hold up to a million species that have yet to be described. However, many of those organisms are soft-bodied – like jellyfish, squid, and octopuses – and are difficult to capture for study with existing underwater tools, which all too frequently damage or destroy them.

Now, a new device developed by a University of Rhode Island engineer and researchers at Harvard University safely traps delicate sea creatures inside a folding polyhedral enclosure and lets them go without harm using a novel, origami-inspired design.

The research is reported this week in Science Robotics.

According to Brennan Phillips, URI assistant professor of ocean engineering, “origami robotics” is a hot topic among researchers, though most work is currently conducted in a laboratory and is rarely demonstrated for real-world applications. Not so with what he calls an encapsulation device.

“It isn’t very good at bringing a whole animal back up to the surface, but it can surround a delicate animal very quickly without harming it,” he said. “We envision outfitting a next-generation device with cameras, sensors, and a way to collect small tissue samples for genetic work.

“Our ultimate goal is to make a device that can help describe new species in the deep sea without actually bringing them back up,” Phillips said. “There are literally thousands of species of gelatinous animals that remain undescribed in the deep sea simply because there is no good way to bring them to the surface intact.”

“I was building microrobots by hand in graduate school, which was very painstaking and tedious work, and I wondered if there was a way to fold a flat surface into a three-dimensional shape using a motor instead,” said Teoh, who now works at Boston-based engineering firm Cooper Perkins.

Phillips, a post-doctoral fellow at Harvard at the time, saw Teoh’s designs and wondered whether they could be adapted to capture sea creatures, which are notoriously difficult to grab with existing underwater equipment that is largely designed for the rough work of ocean mining and construction.

The device that Phillips and Teoh built consists of five identical 3D-printed polymer “petals” attached to a series of rotating joints that are linked together to form a scaffold. When a single motor applies a torque to the point where the petals meet, it causes the entire structure to rotate about its joints and fold up into a hollow dodecahedron (like a twelve-sided, almost-round box), earning it the name of Rotary Actuated Dodecahedron (RAD).

The researchers tested the RAD sampler at Mystic Aquarium and successfully collected and released moon jellyfish underwater. After making modifications to the sampler so it could withstand open ocean conditions, they then mounted it on an underwater remotely-operated vehicle provided by the Monterey Bay Aquarium Research Institute in California. It was tested in the ocean at depths of 1,600 to 2,300 feet using the vehicle’s manipulator arm and human-controlled joystick to operate the device. The team was able to capture soft organisms like squid and jellyfish within their natural habitats and release them without harm.

Phillips and Teoh are now working on a more rugged version of the device for use in heavier-duty underwater tasks, like marine geology, while others at Harvard are focusing on further refining the sampler’s more delicate abilities.

The scientists said that the folding design of the RAD sampler makes it well-suited for use in space, which is similar to the deep ocean in that it’s a low-gravity, inhospitable environment that makes operating any device challenging.

“We believe that the geometric design can be used for things like deployable solar arrays and mirrors in space, as well as for nano-scale manufacturing,” Phillips said. “There are likely a lot of other potential applications, but using this high-tech approach to study deep-sea animals is really the best thing, in my opinion.”