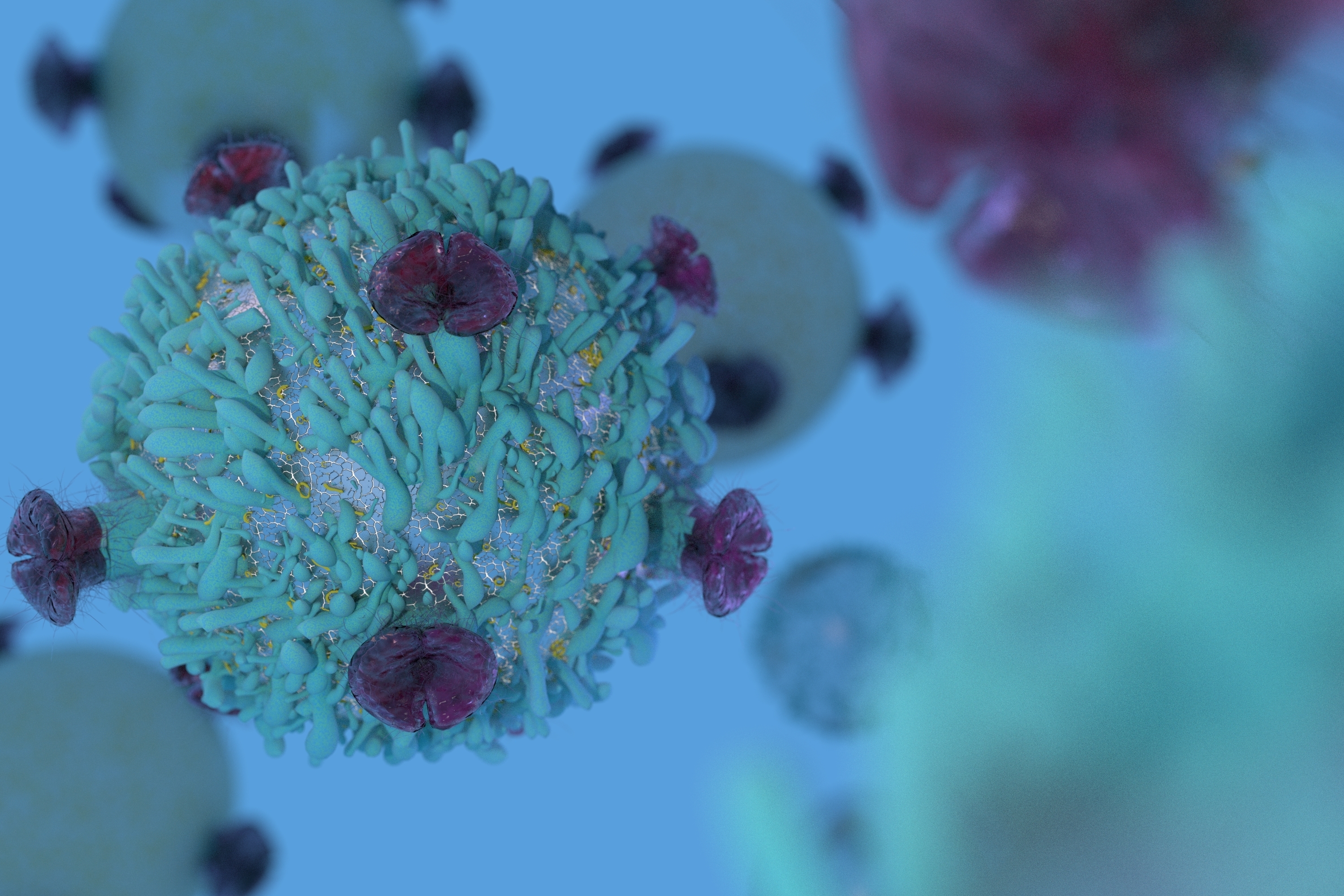 As approvals and trials of immune checkpoint therapies expand across the landscape of solid tumors, fundamental questions and challenges remain that will be key to unlocking a broader therapeutic response to these drugs. Checkpoint inhibitors have scored dramatic responses against metastatic disease in several indications, but to date, single-agent responses to PD1/PDL1 and CTLA4 antibodies have been limited to 10 to 30 percent responses.

One predictor of tumor response to PD-1/PD-L1 therapies has been the presence of pre-treatment CD8+ T-cells within the tumor — so-called “hot” or inflamed tumors. Non-responding tumors, in contrast, may have very limited T-cell infiltration or such T-cells may be confined to the tumor margin — and thus are called “cold” tumors. Researchers have reported that CD3+ and/or CD8+ T-cell infiltration correlates with prognosis in multiple cancers, including melanoma, lung, and colon cancer. Moreover clinical experience to date suggests that the most inflamed tumors with the largest mutation burden tend to enjoy the most durable responses to checkpoint inhibitors. For example, as reported at the American Association of Cancer Research 2017 meeting, Bristol Myers Squibb’s clinical experience with nivoumab  (Opdivo) has seen five-year survival rates for advanced lung cancer increase to 16 percent from a historical rate of less than five percent.

Molecular pathways involved in the transformation of cells from healthy to cancerous may be key determinants of T-cell exclusion and the suppression of anti-tumor immune responses. Researchers have identified several such pathways as impacting T-cell exclusion in various cancers. For example, blocking the β-catenin (CTNNBI) pathway, and thus decreasing the production of chemokines that recruit dendritic cells to the tumor microenvironment, results in a 3-fold decrease in T-cell infiltration. This decrease in T-cell infiltration ultimately prevents the development of a T-cell mediated antitumor response and results in resistance to anti-PD-L1 and anti-CTLA-4 checkpoint immunotherapy. Other factors identified as impacting T-cell exclusion include signal transducer and activator of transcription 3 (STAT3), p53, NF-ΚB, and PTEN.

The use of chemotherapy and radiation therapy to trigger cell death has been proposed as a means of releasing tumor antigens, leading to immune activation and the overcoming of T-cell exclusion. However, cell death can also induce an antitumor immune response known as tolerogenic cell death (TCD) that fails to activate an immune response and leads to T-cell exclusion. Numerous preclinical studies have shown that combining chemotherapy, radiation therapy or targeted therapies with checkpoint inhibitors can help overcome limited anti-tumor responses. Key factors that enable responses to radiation therapy include highly immunogenic tumors, the induction of an adaptive T-cell mediated response, T-cell dependence of tumor eradication, and the blocking of tumor-supporting immune cells. While chemotherapy and targeted therapies can also augment responses to checkpoint inhibitors through similar mechanisms, such agents may also compete with immunotherapies by mutating or amplifying oncogenes that limit the effectiveness of treatment.

Researchers have been seeking new targets to influence T-cell exclusion as an approach to turning “cold” tumors “hot” and thus more responsive to checkpoint inhibitor approaches, alone or in combination with radiation and chemotherapies. The AXL receptor tyrosine kinase has been a pathway of particular interest. AXL is a receptor on the surface of cells that binds the ligand Gas6 to trigger a survival response in tumor cells that promotes tumor growth and metastasis. Tumor profiling has shown AXL to be over-expressed in tumors unresponsive to checkpoint therapy and radiation, and AXL over-expression is associated with metastasis and poor survival. AXL appears to play a role in suppressing antigen presentation and stimulating the production of myeloid-supporting cytokines and chemokines, which results in a limited adaptive immune response and T-cell exclusion. Research has also shown that genetic knockout of AXL results in up to 20-fold enhanced T-cell infiltration and sensitization of tumor cells to radiation and checkpoint immunotherapy. In several tumor types, including acute myeloid leukemia (AML) and advanced forms of ovarian, pancreatic and breast cancers, targeting AXL has been shown to have beneficial anticancer effects. Additionally, an investigation of the genomic and transcriptomic profile of tumors resistant to PD-1 immunotherapy found that AXL transcript levels correlated significantly with resistance to PD-1 immunotherapy.

While no drugs targeting AXL have yet reached the market, there are at least ten products in development. Most of these are small molecules, the most advanced of which is in Phase 2/3 clinical trials; four are biologics, all of which are yet in preclinical stages of development. Research suggests that most of the anti-AXL small molecules lack sensitivity and specificity, and in clinical trials to date, they have been associated with limited efficacy and off-target effects.

One novel biologic targeting the AXL pathway, designated Aravive-S6, acts by a different mechanism than other anti-AXL drugs, which seek to bind the AXL receptor directly. Instead, Aravive-S6 has been designed as a “decoy” receptor that binds Gas6 with sub-picomolar affinity, outcompeting Gas6’s interaction with AXL on tumor cells and preventing the triggering of the AXL pathway. In a study published in The Journal of Clinical Investigation, Stanford University researchers have shown the ability of the decoy alone to induce cell killing in AML cells and to significantly inhibit disease progression in aggressive models of ovarian, pancreatic and breast cancer while displaying no signs of potential toxicity. Moreover, in combination with standard chemotherapeutic drugs or radiation, they showed in Nature Communications that the decoy could elicit strong synergistic anti-tumor effects.

While research has shown radiation and PD-1/CTLA-4 resistant tumors to be sensitive to AXL inhibition alone, the combination of anti-AXL and checkpoint inhibitors seem to work better in eliciting an anti-tumor response. Clinical trials with combination therapies incorporating anti-AXL approaches along with checkpoint inhibitors and radiation and/or chemotherapeutic approaches seem to be an encouraging avenue for future anti-cancer exploration. With the potential to target multiple mechanisms of tumor growth, metastasis and drug resistance while removing barriers to immune engagement, clinically significant responses may be achieved.