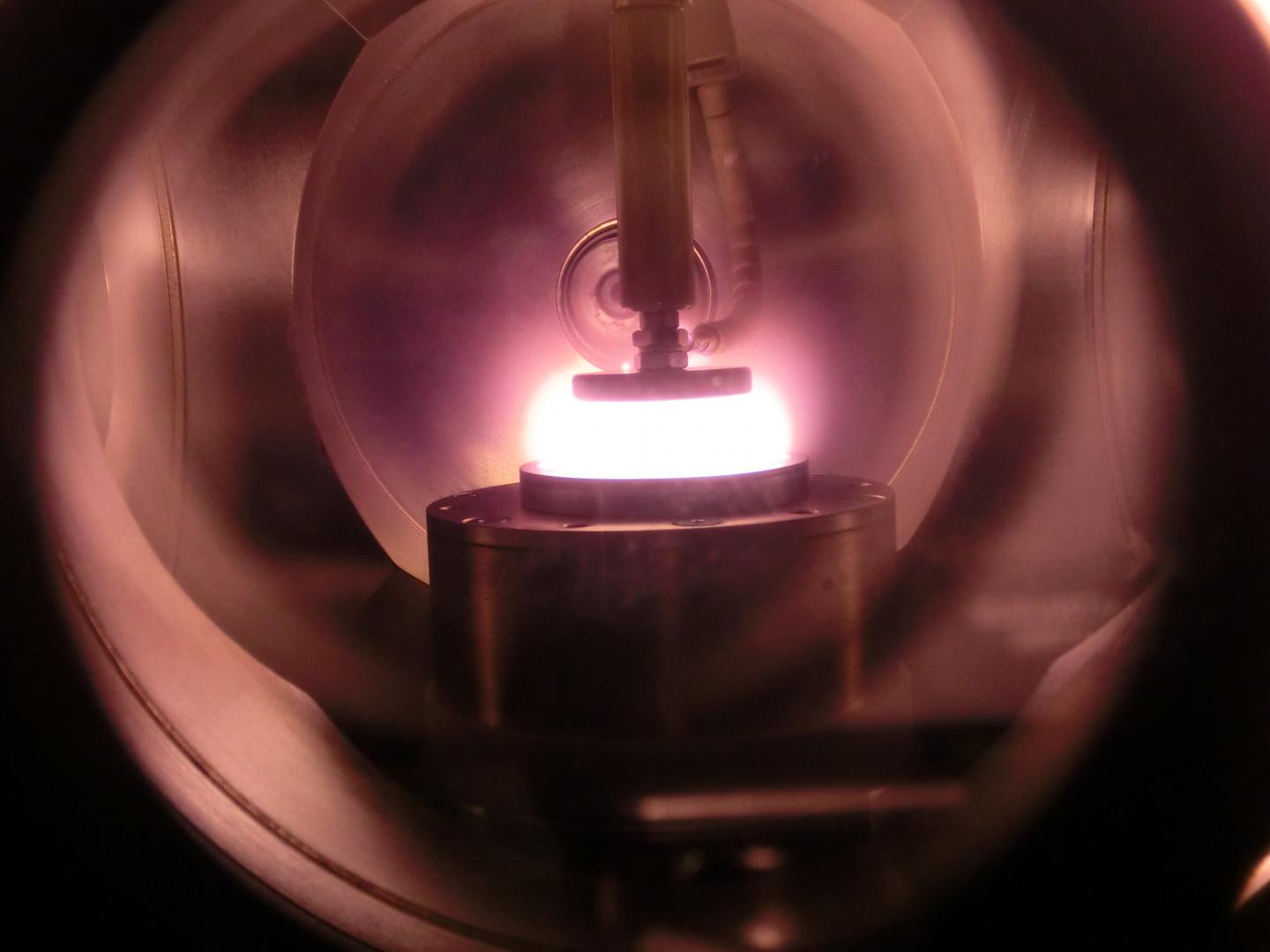 Inside your home and office, low-voltage alternating current (AC) powers the lights, computers and electronic devices for everyday use. But when the electricity comes from remote long-distance sources such as hydro-power or solar generating plants, transporting it as direct current (DC) is more efficient — and converting it back to AC current requires bulky and expensive switches. Now the General Electric (GE) company, with assistance from scientists at the U.S. Department of Energy’s (DOE) Princeton Plasma Physics Laboratory (PPPL), is developing an advanced switch that will convert high- voltage DC current to high-voltage AC current for consumers more efficiently, enabling reduced-cost transmission of long-distance power. As a final step, substations along the route reduce the high-voltage AC current to low-voltage current before it reaches consumers.

GE is testing a tube filled with plasma — the charged state of matter composed of free electrons and ions that PPPL studies to understand fusion energy and a wide range of processes — that the company is developing as the conversion device. The switch must be able to operate for years with voltage as high as 300 kilovolts to enable a single unit to cost-effectively replace the assemblies of power semiconductor switches now required to convert between DC and AC power along transmission lines.

Since testing a high-voltage plasma switch is slow and expensive, GE has turned to PPPL to model the switch to demonstrate how the high current affects the helium gas that the company is using inside the tube. The simulation modeled the breakdown — or ionization — of the gas, producing fresh insight into the physics of the process, which scientists reported in a paper accepted in the journal Plasma Sources Science and Technology. The results built upon a 2017 PPPL paper published in the journal Physics of Plasmas that modeled the effect of high-voltage breakdown without presenting an analytical theory.

Previous research has long studied the lower-voltage breakdown of gases. But “GE is dealing with much higher voltage,” said Igor Kaganovich, deputy head of the PPPL Theory Department and PPPL’s Low Temperature Plasma Laboratory and a coauthor of the two papers. “The low-pressure and high-voltage breakdown mechanism has been poorly understood because of the need to consider new mechanisms of gas ionization at high voltages, which is what we did.”

The findings identified three different breakdown regimes that become important when high voltage is used to turn helium into plasma. In these regimes, electrons, ions and fast neutral atoms start the breakdown by back-scattering — or bouncing off — the electrodes through which the current flows. These results contrast strongly with most previous models, which consider only the impact of electrons on the ionization process.

The findings proved useful for GE. “The potential applications of the gas switch depend on its maximum possible voltage,” said GE physicist Timothy Sommerer, who heads the project. “We have already experimentally demonstrated that a gas switch can operate at 100 kilovolts and we are now working to test at 300 kilovolts. The results from the PPPL model are both scientifically interesting and favorable for high-voltage gas switch design.”