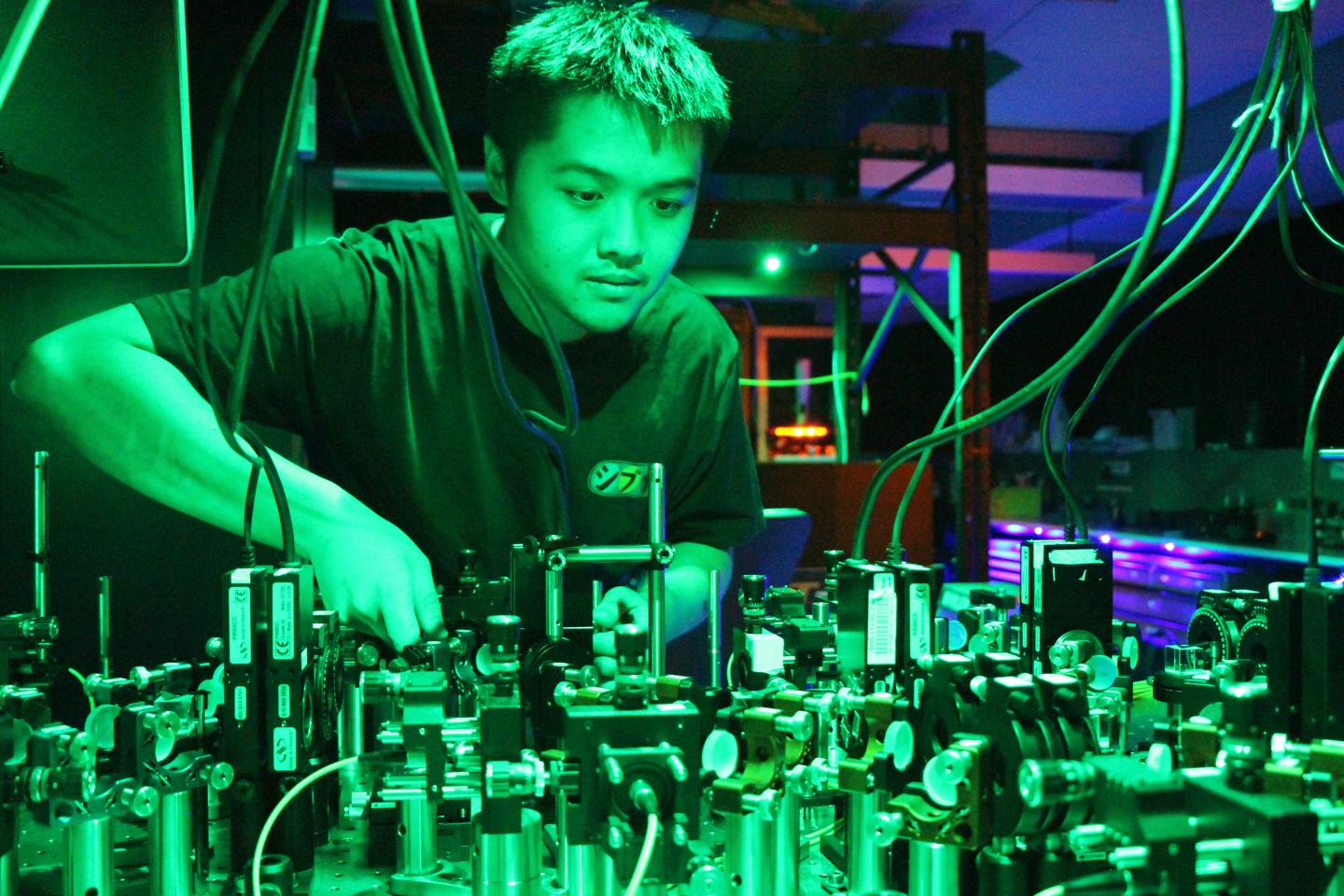 Griffith’s Professor Geoff Pryde, who led the project, says that such processes could be simulated using a “quantum hard drive”, much smaller than the memory required for conventional simulations.

“Stephen Hawking once stated that the 21st century is the ‘century of complexity’, as many of today’s most pressing problems, such as understanding climate change or designing transportation system, involve huge networks of interacting components,” he says.

“Their simulation is thus immensely challenging, requiring storage of unprecedented amounts of data. What our experiments demonstrate is a solution may come from quantum theory, by encoding this data into a quantum system, such as the quantum states of light.”

Einstein once said that “God does not play dice with the universe,” voicing his disdain with the idea that quantum particles contain intrinsic randomness.

“But theoretical studies showed that this intrinsic randomness is just the right ingredient needed to reduce the memory cost for modelling partially random statistics,” says Dr Mile Gu, a member of the team who developed the initial theory.

In contrast with the usual binary storage system – the zeroes and ones of bits – quantum bits can be simultaneously 0 and 1, a phenomenon known as quantum superposition.

The researchers, in their paper published in Science Advances, say this freedom allows quantum computers to store many different states of the system being simulated in different superpositions, using less memory overall than in a classical computer.

The team constructed a proof-of-principle quantum simulator using a photon – a single particle of light – interacting with another photon.

The data showed that the quantum system could complete the task with much less information stored than the classical computer- a factor of 20 improvements at the best point.

“Although the system was very small – even the ordinary simulation required only a single bit of memory – it proved that quantum advantages can be achieved,” Pryde says.

“Theoretically, large improvements can also be realized for much more complex simulations, and one of the goals of this research program is to advance the demonstrations to more complex problems.”