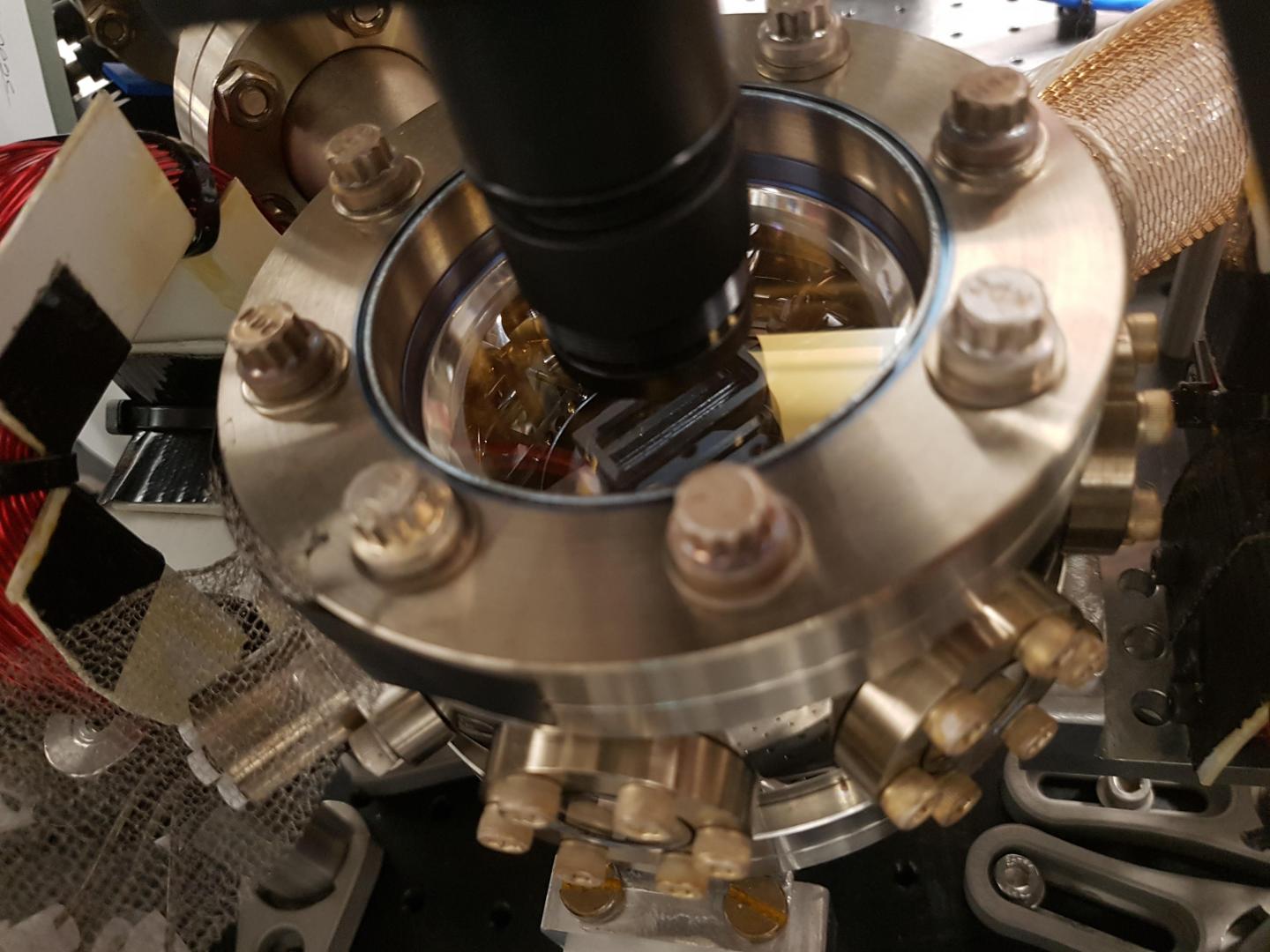 A University of Sydney team has solved a common problem in quantum sensing devices, which are used in biomedical imaging and have defence applications.

Industrial sensors are everywhere in our technology and in order to function successfully they must be able to identify tiny signals from a cluttered background.

For most humans this is simple. Walk into a crowded room and you can pick out a single voice while ignoring everyone else. That trick isn’t so easy for industrial sensors – and the challenge gets even harder for super-sensitive quantum devices.

Now, a team led by Professor Michael J. Biercuk from the University of Sydney, in collaboration with Dartmouth College and Johns Hopkins Applied Physics Laboratory in the US, has developed quantum control techniques enabling a new generation of ultra-sensitive sensors that can identify tiny signals while rejecting background noise down to theoretical limits.

“By applying the right quantum controls to a qubit-based sensor, we can adjust its response in a way that guarantees the best possible exclusion of the background clutter – that is, the other voices in the room,” said Professor Biercuk, a chief investigator at the ARC Centre of Excellence for Engineered Quantum Systems.

While devices themselves have improved, the measurement protocols used to capture and interpret the signals have lagged behind. Quantum sensors therefore often return fuzzy results, which complicates interpretation of the data through a phenomenon known as “spectral leakage” – a bit like being distracted by the wrong voices in the room.

The University of Sydney research, published on Tuesday in Nature Communications, demonstrates control protocols that will help take advantage of improved sensor hardware.

The experiments, using trapped atomic ions, have reduced spectral leakage by many orders of magnitude over conventional methods. Professor Biercuk said in certain circumstances, the methods they have developed are up to 100 million times better at excluding this background.

Quantum sensors take advantage of the very thing that makes building quantum computers so difficult. Quantum bits, or qubits, are the building blocks of quantum computers but they are highly prone to losing their quantum properties due to interference from the environment. This challenge can be turned on its head and used to build sensors that are much more responsive to the environment than classical technologies.

Professor Biercuk said the new protocols could have applications in medicine, such as imaging inside living cells using nanodiamonds. They could also be used in defence and security systems that use quantum-enhanced magnetometers, devices that measure changes in magnetic fields for target identification and tracking.

He said: “Our approach is relevant to nearly any quantum sensing application and can also be applied to quantum computing as it provides a way help identify sources of hardware error. This is a major advance in how we operate quantum sensors.”

Professor Biercuk has recently launched a venture-capital-backed spin-off from the work being done at the University of Sydney. Q-Ctrl aims to be the trusted provider of quantum control solutions for all new quantum technologies.