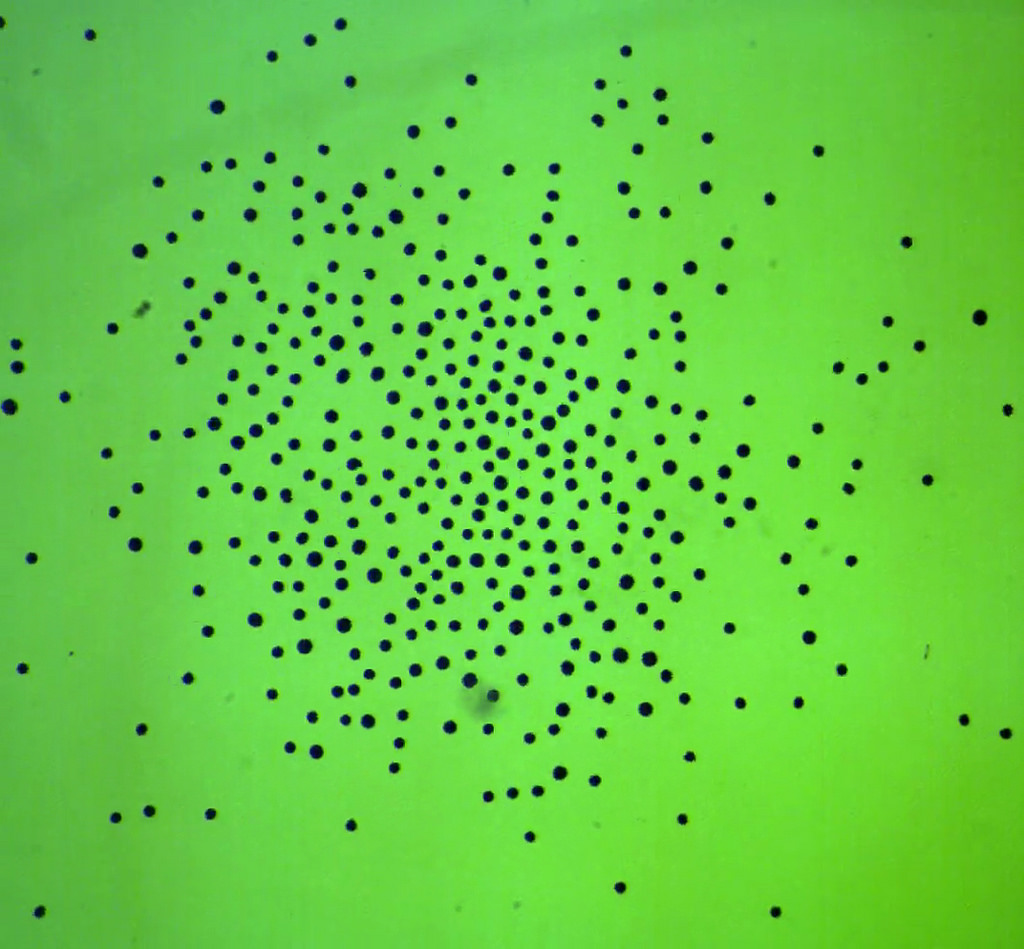 In a new study published last week in Science Advances, researchers at the U.S. Department of Energy’s (DOE) Argonne National Laboratory created tiny swirling vortices out of magnetic particles, providing insight into the behavior that governs such systems—which opens up new opportunities for materials and devices with new properties.

Argonne physicist Alexey Snezhko and his colleagues tipped a pile of tiny magnetic microparticles, each about as large as the diameter of a human hair, into a dish of liquid with a concave bottom. Then they applied an oscillating magnetic field and tinkered with the parameters, observing the behavior of the particles as they began to roll. At just the right settings, the particles spontaneously coalesced into a swirling vortex.

“It’s a bit as though you randomly tossed a bunch of balls onto a pool table, and they began to swirl in a circle as they rolled,” Snezhko said. “Our study involves mapping this active system and its behaviors, which could inspire new materials and devices with unique capabilities.”

The discovery is of interest in the growing field called “active matter” or “active systems,” in which groups of individual agents use energy from their environments to form organized systems. This describes the behavior of flocks of birds, schools of fish and even the way our cells build their internal structures.

Similar principles govern the behavior of these systems despite their very different makeup and origins, and scientists want to harness these principles to build new active materials with unique properties—such as materials that could heal themselves, change their properties in response to external stimuli or provide new functionalities.

For example, Snezhko said, the vortices could be used to transport cargo in tiny microfluidic devices—such as biochips or labs-on-a-chip—or to create swirling fluid motion around them to mix components at the microscale.

Snezhko and his colleagues also found that “noise” from particles’ surface imperfections was often a key to triggering the flocking behavior.

Unlike earlier studies into similar systems at Argonne that discovered, for instance, how to form moving snakes out of microparticles, which can only be assembled at the surface of a liquid, these vortices exist in bulk liquid—at the solid bottom of a container full of liquid. This offers more versatility to those looking to create tiny machinery using these principles.