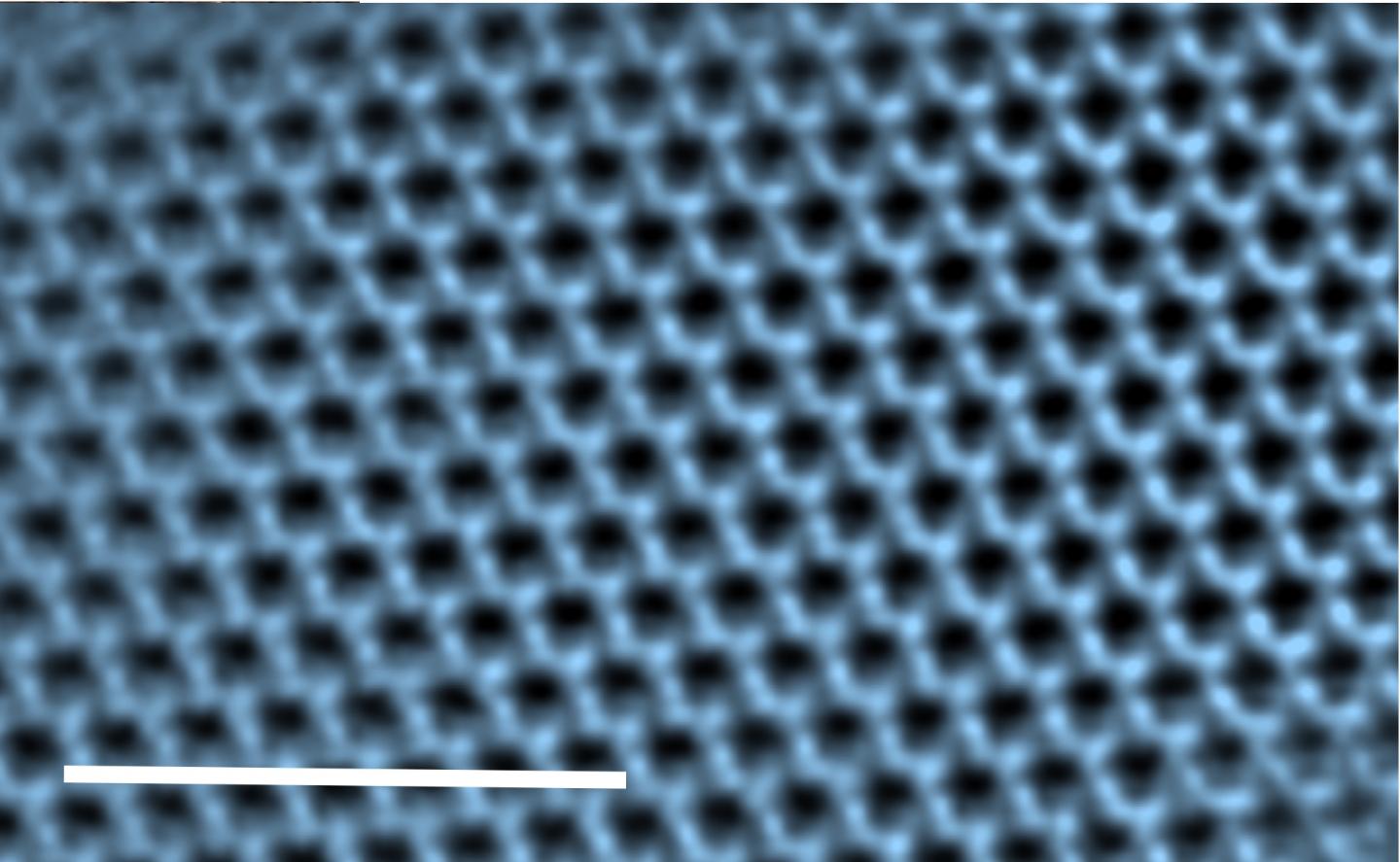 In the wake of its recent discovery of a flat form of gallium, an international team led by scientists from Rice University has created another two-dimensional material that the researchers said could be a game changer for solar fuel generation. Rice materials scientist Pulickel Ajayan and colleagues extracted 3-atom-thick hematene from common iron ore. The research was introduced in a paper today in Nature Nanotechnology.

Hematene may be an efficient photocatalyst, especially for splitting water into hydrogen and oxygen, and could also serve as an ultrathin magnetic material for spintronic-based devices, the researchers said.

"2D magnetism is becoming a very exciting field with recent advances in synthesizing such materials, but the synthesis techniques are complex and the materials' stability is limited," Ajayan said. "Here, we have a simple, scalable method, and the hematene structure should be environmentally stable."

Ajayan's lab worked with researchers at the University of Houston and in India, Brazil, Germany and elsewhere to exfoliate the material from naturally occurring hematite using a combination of sonication, centrifugation and vacuum-assisted filtration.

Hematite was already known to have photocatalytic properties, but they are not good enough to be useful, the researchers said.

"For a material to be an efficient photocatalyst, it should absorb the visible part of sunlight, generate electrical charges and transport them to the surface of the material to carry out the desired reaction," said Oomman Varghese, a co-author and associate professor of physics at the University of Houston.

"Hematite absorbs sunlight from ultraviolet to the yellow-orange region, but the charges produced are very short-lived. As a result, they become extinct before they reach the surface," he said.

Hematene photocatalysis is more efficient because photons generate negative and positive charges within a few atoms of the surface, the researchers said. By pairing the new material with titanium dioxide nanotube arrays, which provide an easy pathway for electrons to leave the hematene, the scientists found they could allow more visible light to be absorbed.

Unlike carbon and its 2D form, graphene, hematite is a non-van der Waals material, meaning it's held together by 3D bonding networks rather than non-chemical and comparatively weaker atomic van der Waals interactions.

"Most 2D materials to date have been derived from bulk counterparts that are layered in nature and generally known as van der Waals solids," said co-author Professor Anantharaman Malie Madom Ramaswamy Iyer of the Cochin University of Science and Technology, India. "2D materials from bulk precursors having (non-van der Waals) 3D bonding networks are rare, and in this context hematene assumes great significance."

According to co-author Chandra Sekhar Tiwary, a former postdoctoral researcher at Rice and now an assistant professor at the Indian Institute of Technology, Gandhinagar, the collaborators are exploring other non-van der Waals materials for their 2D potential.