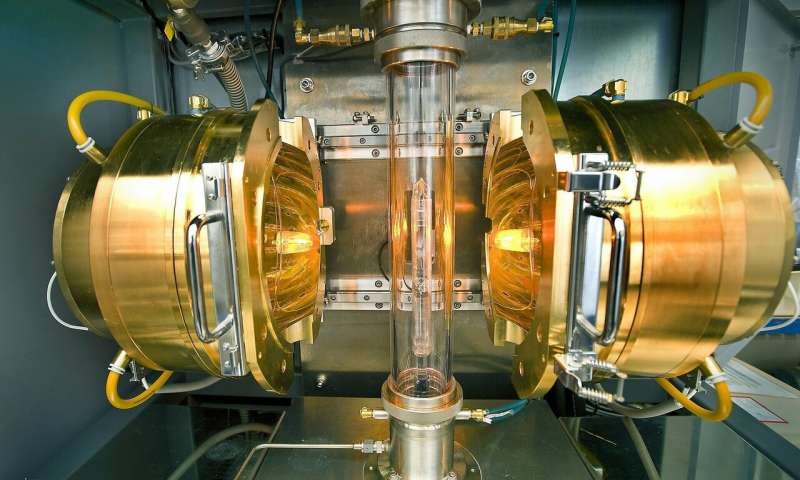 Researchers at the George Washington University have taken a major step toward reaching one of the most sought-after goals in physics: room temperature superconductivity.

Superconductivity is the lack of electrical resistance and is observed in many materials when they are cooled below a critical temperature. Until now, superconducting materials were thought to have to cool to very low temperatures (minus 180 degrees Celsius or minus 292 degrees Fahrenheit), which limited their application. Since electrical resistance makes a system inefficient, eliminating some of this resistance by utilizing room temperature superconductors would allow for more efficient generation and use of electricity, enhanced energy transmission around the world and more powerful computing systems.

“Superconductivity is perhaps one of the last great frontiers of scientific discovery that can transcend to everyday technological applications,” Maddury Somayazulu, an associate research professor at the GW School of Engineering and Applied Science, said. “Room temperature superconductivity has been the proverbial ‘holy grail’ waiting to be found, and achieving it—albeit at 2 million atmospheres—is a paradigm-changing moment in the history of science.”

The key to this discovery was creation of a metallic, hydrogen-rich compound at very high pressures: roughly 2 million atmospheres. The researchers used diamond anvil cells, devices used to create high pressures, to squeeze together miniscule samples of lanthanum and hydrogen. They then heated the samples and observed major changes in structure. This resulted in a new structure, LaH10, which the researchers previously predicted would be a superconductor at high temperatures.

While keeping the sample at high pressures, the team observed reproducible change in electrical properties. They measured significant drops in resistivity when the sample cooled below 260 K (minus 13 C, or 8 F) at 180-200 gigapascals of pressure, presenting evidence of superconductivity at near-room temperature. In subsequent experiments, the researchers saw the transition occurring at even higher temperatures, up to 280 K. Throughout the experiments, the researchers also used X-ray diffraction to observe the same phenomenon. This was done through a synchrotron beamline of the Advanced Photon Source at Argonne National Laboratory in Argonne, Illinois.

“We believe this is the beginning of a new era of superconductivity,” Russell Hemley, a research professor at the GW School of Engineering and Applied Science, said. “We have examined just one chemical system – the rare earth La plus hydrogen. There are additional structures in this system, but more significantly, there are many other hydrogen-rich materials like these with different chemical compositions to explore. We are confident many other hydrides—or superhydrides—will be found with even higher transition temperatures under pressure.”

The study was published today in the journal Physical Review Letters.