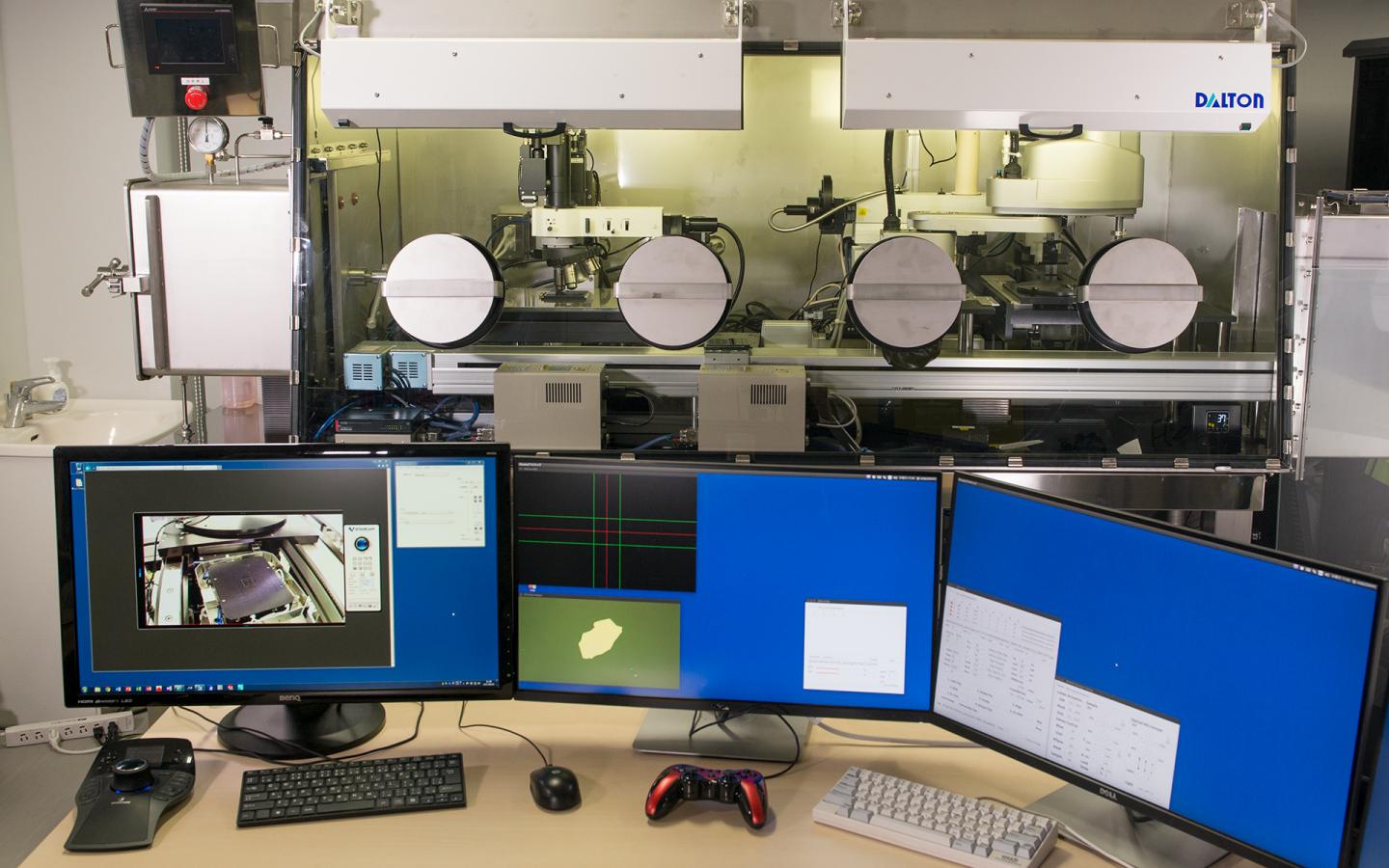 A current area of intense interest in nanotechnology is van der Waals heterostructures, which are assemblies of atomically thin two-dimensional (2D) crystalline materials that display attractive conduction properties for use in advanced electronic devices.

Now, a Japanese research team led by the Institute of Industrial Science at The University of Tokyo has solved this issue by developing an automated robot that greatly speeds up the collection of 2D crystals and their assembly to form van der Waals heterostructures. The robot consists of an automated high-speed optical microscope that detects crystals, the positions and parameters of which are then recorded in a computer database. Customized software is used to design heterostructures using the information in the database. The heterostructure is then assembled layer by layer by a robotic equipment directed by the designed computer algorithm. The findings were reported in Nature Communications.

“The robot can find, collect, and assemble 2D crystals in a glove box,” study first author Satoru Masubuchi says. “It can detect 400 graphene flakes an hour, which is much faster than the rate achieved by manual operations.”

“A wide range of materials can be collected and assembled using our robot,” co-author Tomoki Machida explains. “This system provides the potential to fully explore van der Waals heterostructures.”

The development of this robot will greatly facilitate production of van der Waals heterostructures and their use in electronic devices, taking us a step closer to realizing devices containing atomic-level designer materials.