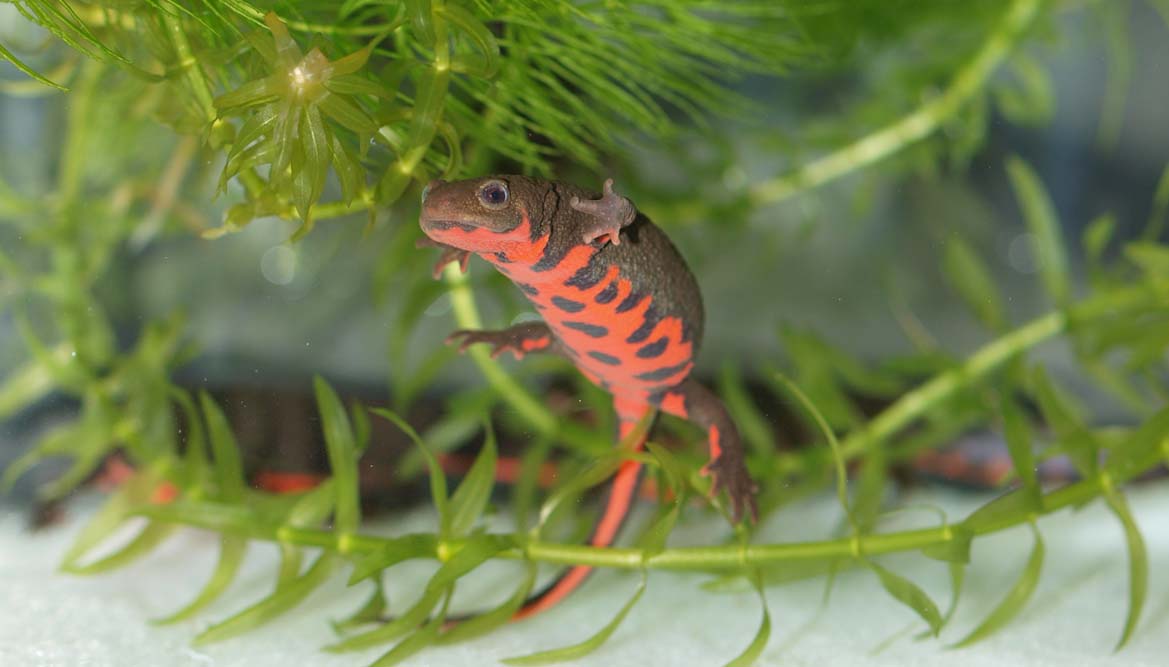 At the back of the retina in adult vertebrate eyes is a highly differentiated layer of cells known as the retinal pigment epithelium (RPE). These cells do not normally multiply or migrate in adults, but in humans they do so in response to retinal trauma. They then pass through a transitional state of multipotency, with the potential to become more than one cell type, eventually transforming into cells that heal the wound, but with a resulting loss of vision. This causes a retinal disorder such as proliferative vitreoretinopathy (PVR). In the adult newt, a similar process is seen but with a key difference: it results in the regeneration of a fully functional retina and RPE, even if the retina has been surgically removed from the eye. The mechanism underlying this regenerative process in newts has remained a mystery, but researchers led by the University of Tsukuba in Japan have now shed light on the subject by creating a transgenic newt lacking expression of the Pax6 protein in RPE stem cells. In this type of newt, retinal regeneration was inhibited, and RPE stem cells instead resembled human RPE cells recovering from trauma. The study was reported in Scientific Reports.

Pax6 controls formation of tissues and organs during embryonic development, and regulates gene expression in parts of the eye after birth. It was also previously found to be re-expressed in RPE cells undergoing reprogramming. Silencing of the Pax6 gene in this new study caused abnormalities in the behavior of RPE cells after the retina was removed. The cells were able to multiply and migrate, but were unable to develop either into a new retina or renew the RPE. “We observed the expression of proteins such as vimentin, N-cadherin, and smooth muscle actin in RPE cells lacking Pax6 expression,” first author Martin Miguel Casco-Robles says. “These cells formed groups of structures that resembled the membranes that form to heal the wound in PVR.”

Knockdown of Pax6 demonstrated its importance in determining the fate of RPE cells either toward retinal regeneration or acquiring a membranous phenotype. “The evolution of the regenerative process in newts is likely to have occurred following modification of an existing mechanism that causes retinal disorders, such as PVR,” corresponding author Chikafumi Chiba says. “If we can learn to control this mechanism, it might provide a new treatment for retinal problems, capable of regenerating retinas in affected patients.”