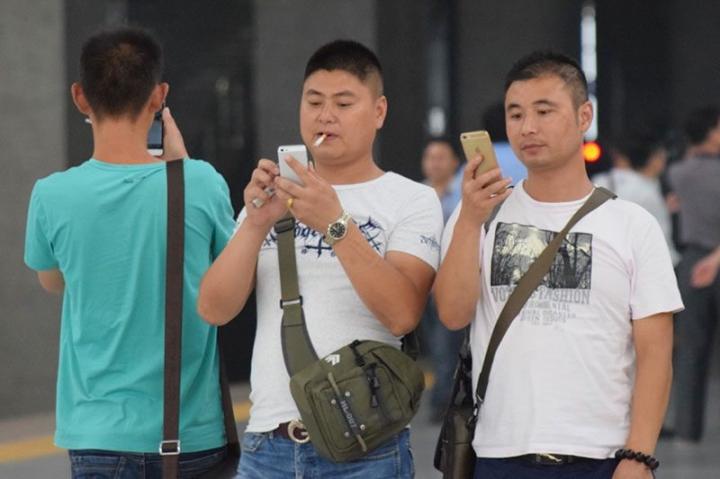 Researchers at the Georgia State University School of Public Health have received more than $1 million to develop cellphone messaging programs to help smokers kick the habit in China and Vietnam, countries where smoking rates among men are among the highest in the world.

The five-year project, titled “Cultural Adaptation and Evaluation of mHealth Interventions for Cessation in China and Vietnam,” is funded by the Fogarty International Center of the National Institutes of Health.

The lead investigators of the project are Dr. Michael Eriksen, dean of the School of Public Health, and Dr. Jidong Huang, associate professor of health management and policy.

Smoking is an overwhelmingly male habit in the two Asian nations. In Vietnam and China, more than 40 percent of men smoke, while only about 2 percent of women are smokers. By contrast, slightly more than 17 percent of U.S. men and 14 percent of U.S. women smoke, according to the latest edition of The Tobacco Atlas. Combined, China and Vietnam have more than 300 million smokers.

“This work provides us with an important opportunity to help millions of smokers in these countries to quit,” said Eriksen. “And millions of their family members, friends and co-workers stand to benefit from reduced exposure to the dangers of second-hand smoke.”

Access to smoking cessation programs is limited in China and Vietnam. However, mobile phones and texting technologies are increasingly popular in the two countries and offer a cost-effective way to reach large numbers of people with so-called mHealth (mobile health) applications.

In the early phases of the project, researchers will conduct focus groups in Shanghai, China and Hanoi, Vietnam, to develop culturally appropriate and effective smoking cessation messaging. Researchers will test messaging that will be delivered in the Hanoi area via text message services, and in Shanghai via WeChat, a social media application popular in China.

“We have been working to change social norms of tobacco control in China for the past nine years through the China Tobacco Control Partnership, and this project allows us to build upon our previous mHealth cessation interventions in China,” Redmon said. “With this project, we will expand the collection of effective anti-smoking messages by including mindfulness concepts, use the innovative platform ‘WeChat’ to deliver messages in China and expand the cessation intervention to Vietnam.”