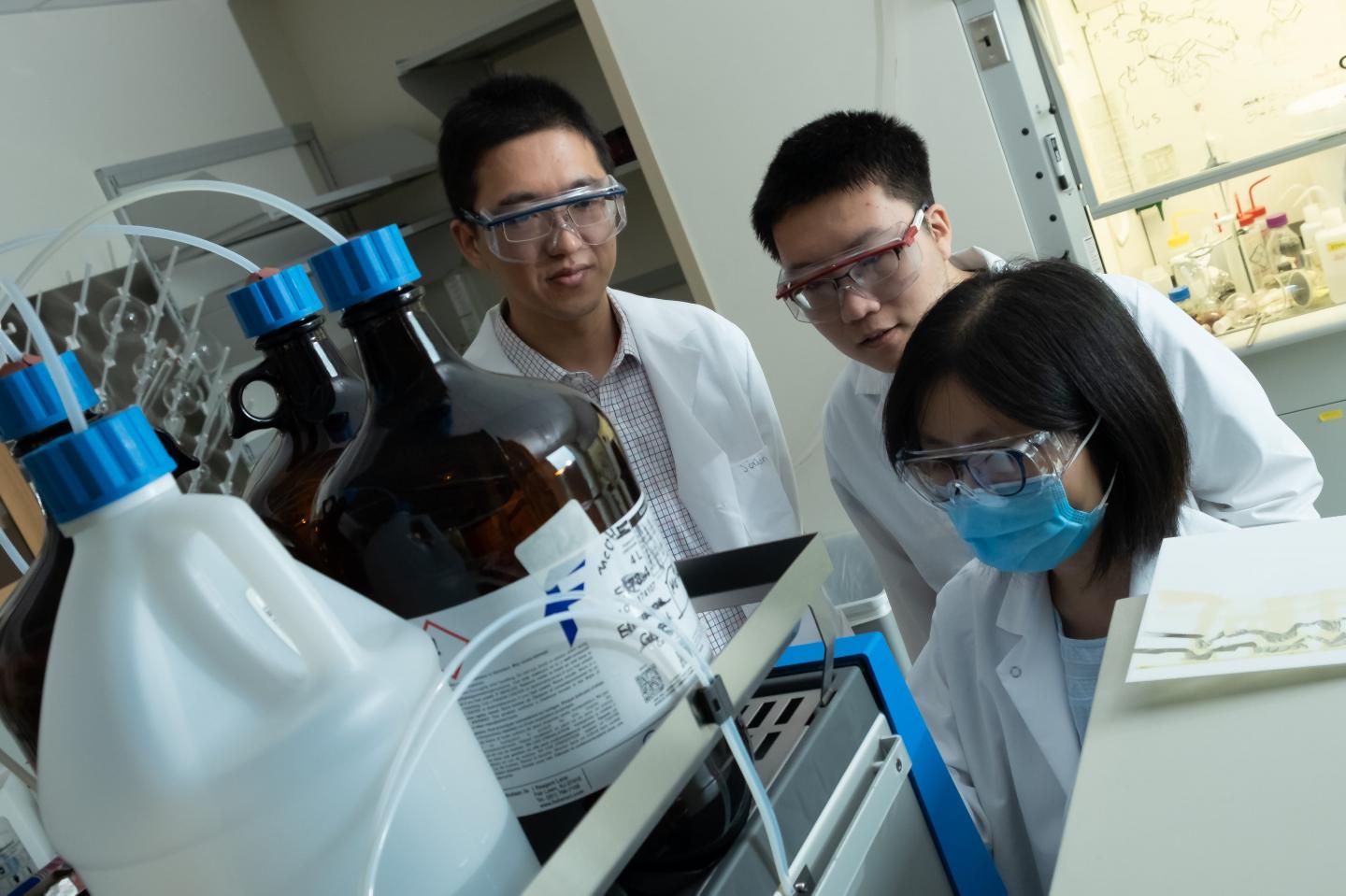 Rice University scientists have found a simple method to attach drugs or other substances to antibodies, the powerful proteins that are central to the body’s immune system.

The Rice lab of bioengineer Han Xiao developed a technique called pClick, which uses a cross-linker that snaps to a specific site on antibodies and serves as a bridge to therapeutic molecules or nanomaterials without the need to re-engineer the antibody with harmful chemicals, enzymes or ultraviolet (UV) light.

All of those alternatives are used by companies and researchers to prepare antibodies for conjugation – the process of chemically modifying them.

“But our technology is straightforward, highly efficient and economical,” said Xiao, who joined Rice last year with funding from the Cancer Prevention and Research Institute of Texas (CPRIT). “We use native antibodies with no engineering, no enzyme treatment, no chemical treatment, no UV treatment. People have tried to use all these things before to achieve site-specific conjugation. We don’t need them.”

The research is detailed in the American Chemical Society journal Bioconjugate Chemistry.

Antibodies are dimers, identical proteins that in this case come together in a “Y” shape, and the workhorses of the immune system. Their job is to recognize and bind to pathogens, facilitating the invaders’ elimination. Antibodies either roam the blood stream or attach themselves to cells that need protection. Because they are ubiquitous in the body, modifying them is a way to treat disease.

That’s not easy, Xiao said. “For the first generation of antibody conjugation, people used targets like lysine or cysteine residues to attach their therapeutic molecules,” Xiao said. “But antibodies are so big, and there are so many lysine and cysteine residues, they can never control their positions. Each batch they make of a drug is different.”

He said second-generation research focused on site-specific conjugation to place therapeutic drugs at a particular location on the antibody. “That let them optimize the position of the drug, but to do so people needed to know the antibody’s sequence and engineer it,” Xiao said.

“Our next-generation work addresses two problems,” he said. “First, we don’t have to engineer antibodies. We use antibodies from the market for direct, site-specific conjugation. Second, we know exactly where our molecule goes on the antibody.”

The key to proximity-induced conjugation is using non-canonical amino acids (ncAAs), synthetic hooks that can be made to covalently bind to a specific spot on a protein when it gets close enough (the “p” in pClick stands for proximity). Because antibodies are two-protein dimers, ncAAs bind one to a side and provide two spots for enhancement.

Xiao sees pClick as a general strategy for antibody conjugation by industry and academia. He noted tests to link a side chain protein to human and mouse antibodies conjugated with ncAA showed efficiencies of more than 90 percent. Stability tests showed the antibodies did not significantly degrade after two hours of incubation in human serum.

“The regions of the antibody protein we address are conserved across human and mouse, and we demonstrated that pClick works on both,” he said. “This efficiency was a surprise, but it’s important for the antibody-drug conjugate field.”

Xiao’s Rice lab plans to develop pClick for cancer immunotherapy. “We want to achieve different conjugations, from antibody-drug conjugates all the way to antibody-antibody conjugates, where we would mix two antibodies and they would click together,” he said.