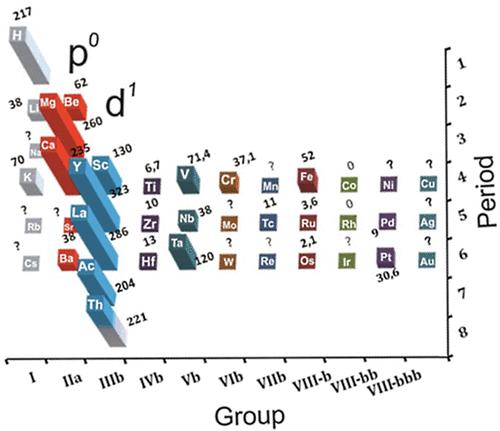 Scientists from Moscow Institute of Physics and Technology and Skoltech have demonstrated the high-temperature superconductivity of actinium hydrides and discovered a general principle for calculating the superconductivity of hydrides based on the periodic table alone. The results of their study were published in The Journal of Physical Chemistry Letters.

A group of chemists led by Artem R. Oganov, Professor at Moscow Institute of Physics and Technology and Skoltech, discovered that certain elements capable of forming superconducting compounds are arranged in a specific pattern in the periodic table. It was established that high-temperature superconductivity develops in substances containing metal atoms that come close to populating a new electronic subshell. Metal atoms inside the crystal are assumed to become highly sensitive to the positions of the neighboring atoms, which would result in strong electron-phonon interaction ? the underlying effect of conventional superconductivity. Based on this assumption, the scientists supposed that high-temperature superconductivity could occur in actinium hydrides. Their supposition was verified and confirmed: superconductivity was predicted for AcH16 at temperatures of -69-22 oC at 1.5 million atmospheres.

“The very idea of a connection between superconductivity and the periodic table was first put forward by Dmitry Semenok, a student at my lab. The principle he discovered is very simple and it is really amazing that no one had hit upon it before,” says Artem Oganov.