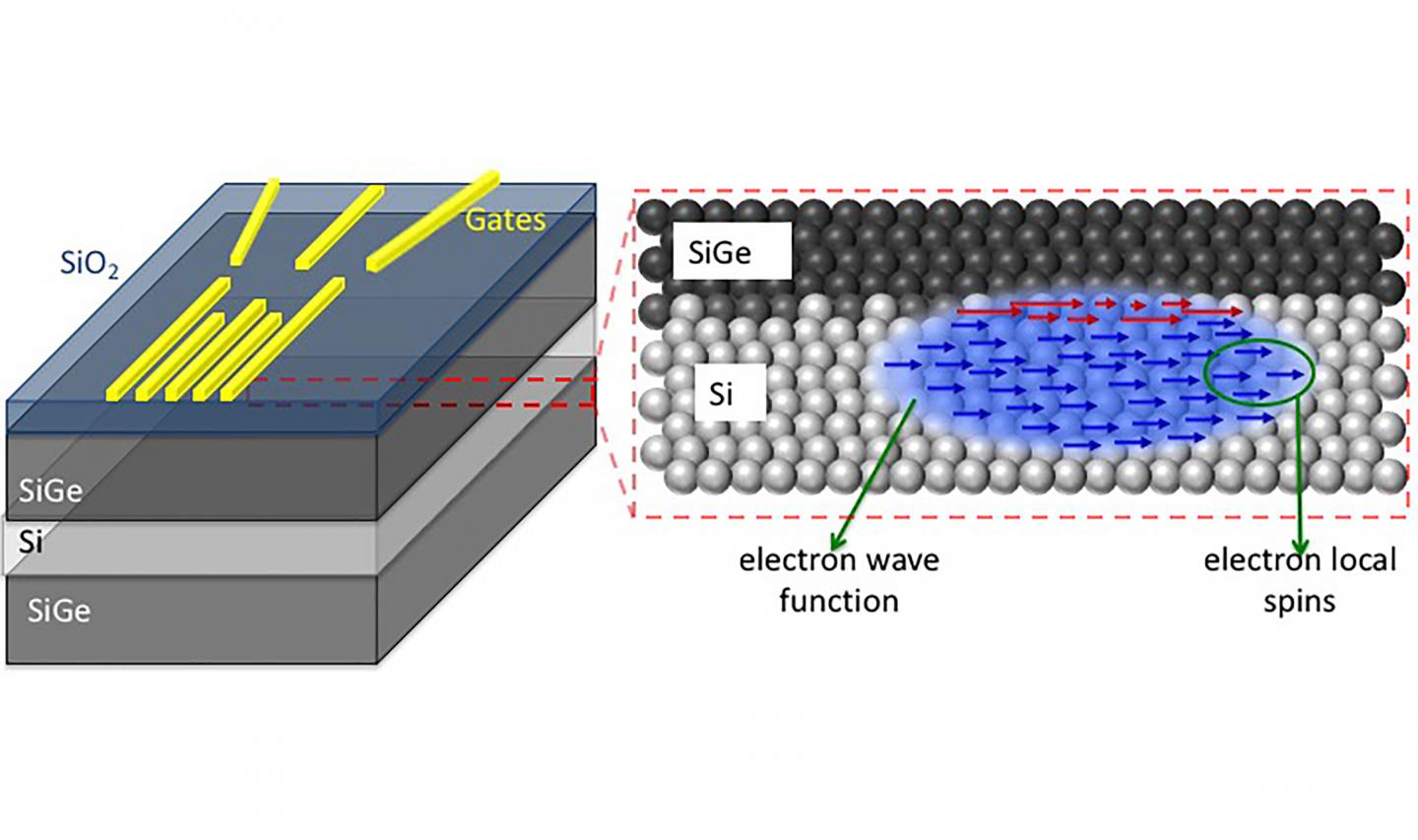 Quantum bits are now easier to manipulate for devices in quantum computing, thanks to enhanced spin-orbit interaction in silicon.

A silicon quantum computer chip has the potential to hold millions of quantum bits, or qubits, for much faster information processing than with the bits of today’s computers. This translates to high-speed database searches, better cybersecurity and highly efficient simulation of materials and chemical processes.

Now, research groups from Purdue University, the Technological University of Delft, Netherlands and the University of Wisconsin-Madison have discovered that silicon has unique spin-orbit interactions that can enable the manipulation of qubits using electric fields, without the need for any artificial agents.

“Qubits encoded in the spins of electrons are especially long-lived in silicon, but they are difficult to control by electric fields. Spin-orbit interaction is an important knob for the design of qubits that was thought to be small in this material, traditionally,” said Rajib Rahman, research assistant professor in Purdue’s School of Electrical and Computer Engineering.

The strength of spin-orbit interaction, which is the interaction of an electron’s spin with its motion, is an important factor for the quality of a qubit. The researchers found more prominent spin-orbit interaction than usual at the surface of silicon where qubits are located in the form of so-called quantum dots – electrons confined in three dimensions. Rahman’s lab identified that this spin-orbit interaction is anisotropic in nature – meaning that it is dependent on the angle of an external magnetic field – and strongly affected by atomic details of the surface.

“This anisotropy can be employed to either enhance or minimize the strength of the spin-orbit interaction,” said Rifat Ferdous, lead author of this work and a Purdue graduate research assistant in electrical and computer engineering. Spin-orbit interaction then affects qubits.

The researchers published their findings on June 5 in Nature Partner Journals – Quantum Information. The Wisconsin-Madison team fabricated the silicon device, the Delft team performed the experiments and the Purdue team led the theoretical investigation of the experimental observations. This work is supported by the Army Research Office, U.S. Department of Energy, the National Science Foundation and the European Research Council.

Upcoming work in Rahman’s lab will focus on taking advantage of the anisotropic nature of spin-orbit interactions to further enhance the coherence and control of qubits, and, therefore, the scaling up of quantum computer chips.