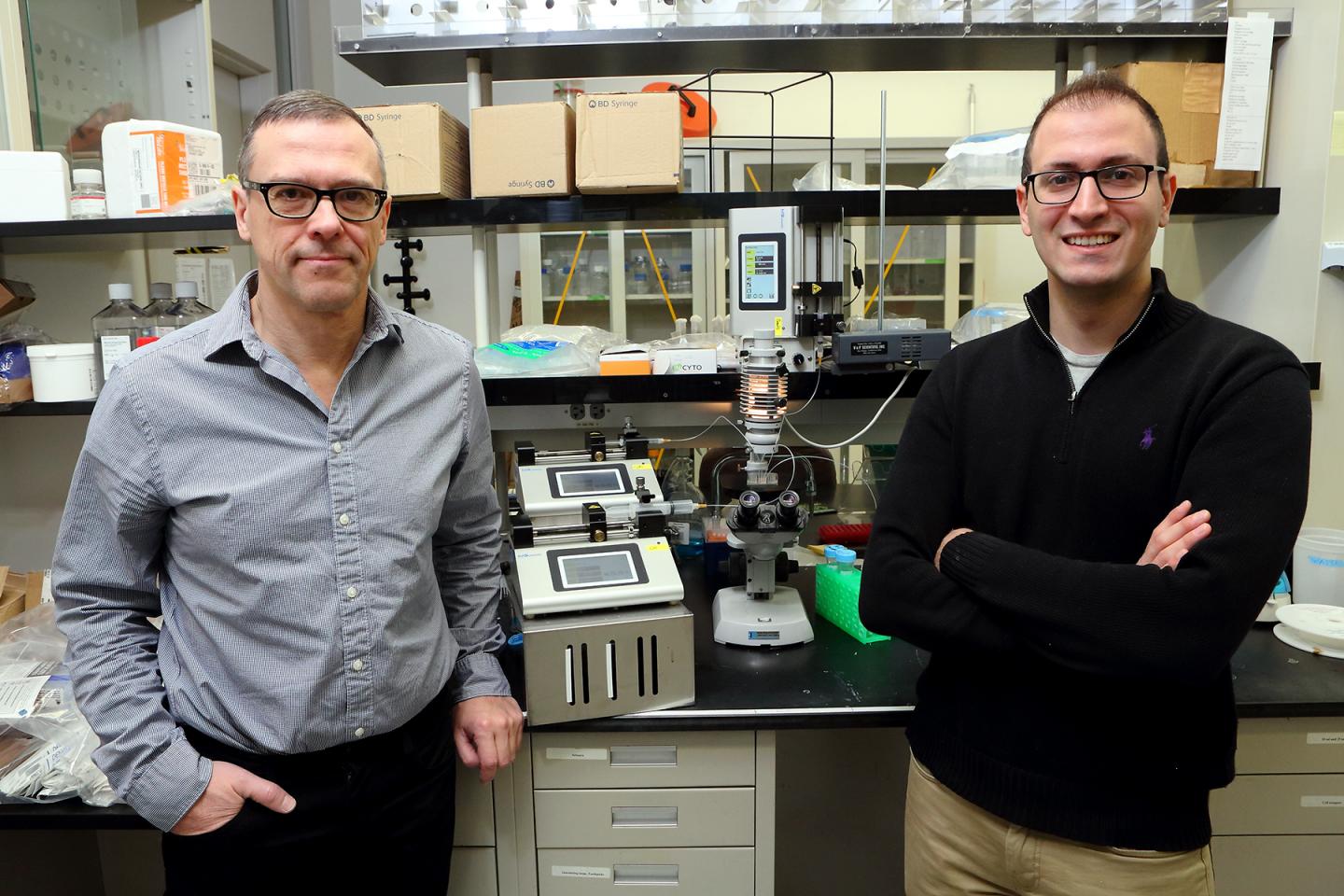 While many cells in our bodies can accumulate oncogenic mutations, the majority of these events do not lead to tumor formation as these abnormal cells are eliminated by defense mechanisms. Instead, tumors arise when a mutation happens in a particular cell type that is uniquely sensitive to it. Identifying such cancer cells of origin is essential to properly target cancer.

But studying the effects of gene mutations in specific cell types is easier said than done. It is nearly impossible to collect pure samples made up of just one cell type. Instead, scientists often have to use a bulk sample prepared from an entire tissue.

"This only gives a sort of average picture of gene expression in individual cells since it pools thousands of cells, some of which may be unwanted no matter how much the sample is purified. The results of examining the effects of RB mutations using these kinds of samples don't accurately represent how an RB mutation affects gene expression in a particular cell type," said Maxim Frolov, professor of biochemistry and molecular genetics in the University of Illinois at Chicago College of Medicine.

Frolov and his graduate student, Majd Ariss, assembled a Drop-seq instrument to isolate cells of the eye in developing fruit flies, which the lab uses as a model system. Then they were able to study gene expression changes caused by mutations in the RB gene in thousands of different cells in the eye compared with gene expression in cells with normal copies of the RB gene. Their results are published in Nature Communications.

Their analysis of eye cells with an RB mutation revealed a distinctive but small population of cells where the mutation altered gene expression and changed cell metabolism. The metabolic change sensitized the cells to apoptosis or self-induced cell death. The propensity of cells with mutations in the RB gene to undergo apoptosis is a well-known phenomenon and is eventually overcome through additional mutations during the development of cancer, which is characterized by out-of-control cell growth and division -- the opposite of apoptosis.

"The metabolic changes we observed in RB mutant cells make them vulnerable in ways that might be exploited with therapeutic approaches before additional mutations hit the same cell, making them resistant to cell death," Frolov said. "Since these effects were limited to such a small group of cells, they were previously missed when whole RB mutant eye tissue was analyzed."

"Nobody guided us on how to do single-cell sequencing as we were the first at UIC to do it," said Ariss, who is the first author on the paper.

Their Drop-seq instrument is the only one of its kind at UIC.

"It is a truly revolutionary technology that promises to shed new light on the origin of cancer and why certain cancers originate in certain cell types and not others. Only now can we begin to investigate why and how. For the past year and a half, we performed over a hundred experiments and generated transcriptomes of more than a hundred thousand cells from fruit fly organs, mouse tumors, and human cell lines. We hope that more UIC researchers will use it going forward," Frolov said.