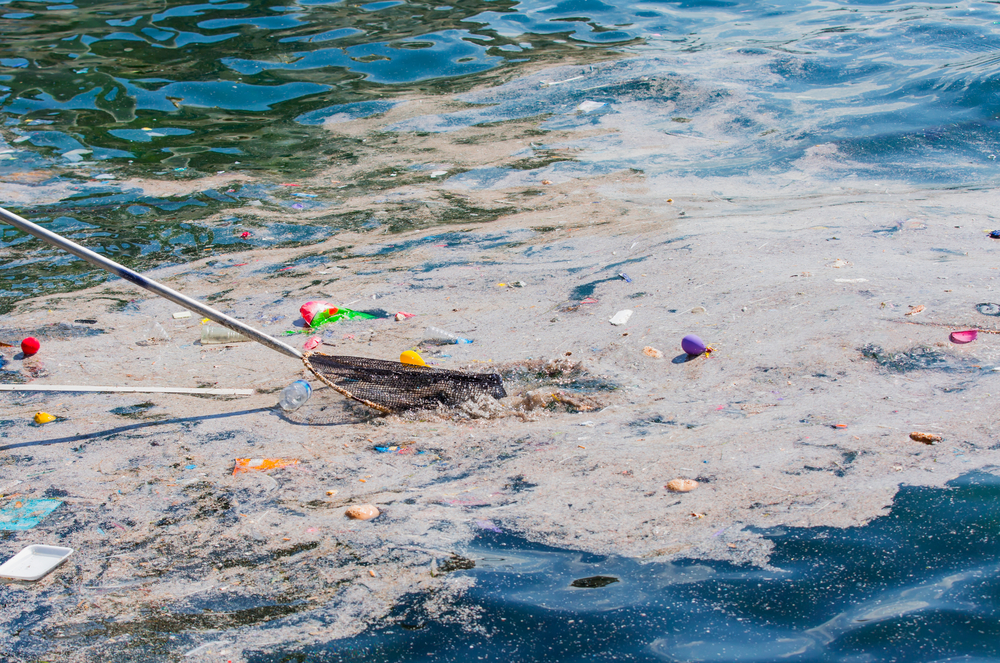 The same deposit that builds up in many tea kettles or water pipes in areas where calcium-rich water is the norm might be just the (cheap) ticket to rid contaminated seawater of toxic metals. This is according to a research group led by Charlotte Carré of the University of New Caledonia in the French Pacific territory of New Caledonia and published today in Springer’s journal Environmental Chemistry Letters. The researchers dipped electrodes made from galvanized steel into contaminated seawater and ran a weak current through it. Within seven days, up to 24 percent of the nickel it initially contained was trapped in a calcareous build-up of limestone.

Nickel mining activities in New Caledonia itself are causing the subsequent pollution of local coastal waters. The remediation of metals brings considerable challenges since these elements, given their chemical properties, can never be degraded but only stabilized. Therefore Carré’s research team set out to find an efficient, rapid and inexpensive method by which to remove such toxic metals from the contaminated waters.

The research team dipped cheap and commercially available galvanized steel electrodes into nickel-enriched seawater, and allowed a fairly weak electric current to run through it for seven days.

According to Carré, the method is relatively inexpensive and easy to use and requires no regular monitoring. “Metal contaminants are attracted and trapped inside a calcareous deposit as long as the structure is connected to a power source,” she explains.

After seven days, the calcareous deposits that formed on the electrodes were rinsed off with distilled water, and inspected using optical and Raman spectroscopy methods. The deposits were found to consist of the chemical calcium carbonate (CaCO3) made up of equal proportions of aragonite (one of two naturally occurring, crystal forms of calcium carbonate) and brucite (the mineral form of magnesium hydroxide). The method did not significantly deplete the levels of calcium and magnesium in the water. Importantly, though, up to 24 percent of the nickel initially added to the water was trapped within the build-up in this manner.

“These ratios are quite high after only seven days,” says Carré.

After seven days, macroscopic pictures were also taken of the deposit that formed at the surface of the galvanized steel wire. These indicated that the presence of nickel in the solution does not inhibit the formation of the deposit as its thickness remains the same.

“Our findings disclose a new and efficient method, called calcareous electrochemical precipitation, which has potential applications to remove toxic metals from contaminated waters,” says Carré, who believes it can be used to salvage metals for possible reuse. “It is even conceivable to reuse the galvanized steel electrodes, and to charge the electric circuit using renewable energy.”