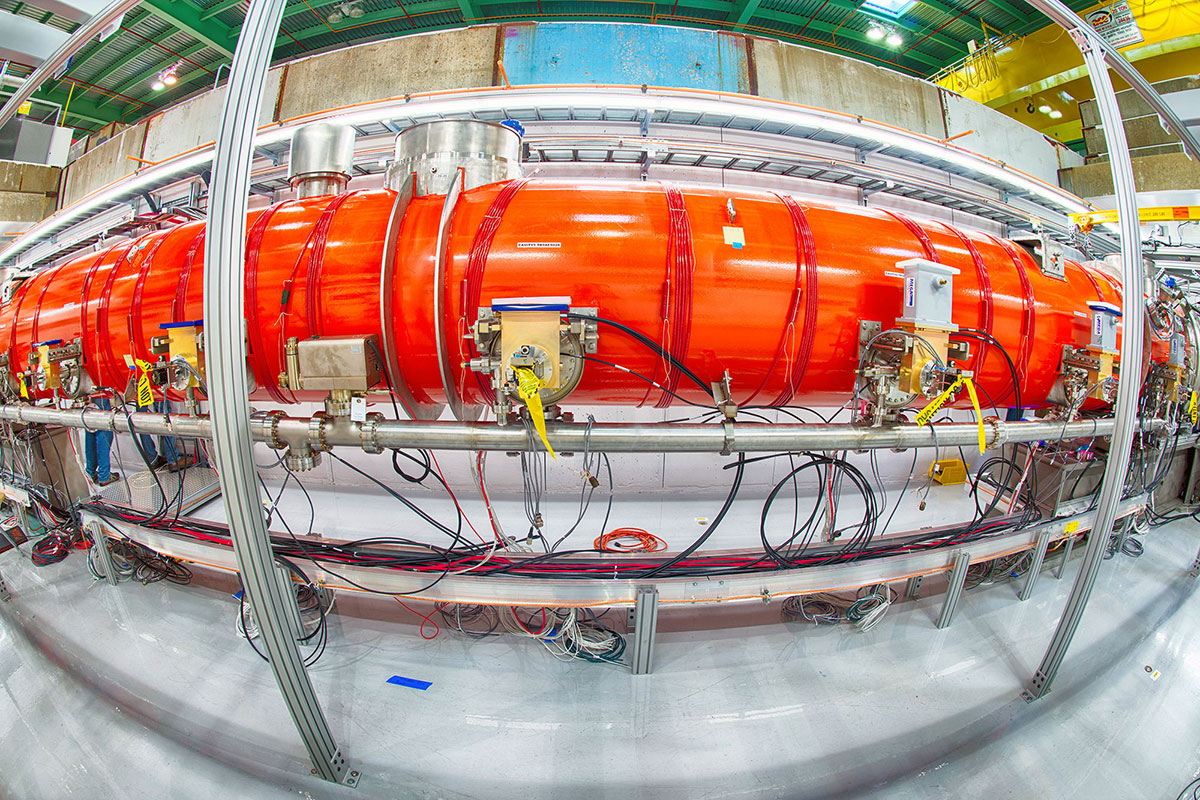 An area known for high-tech gadgets and innovation will soon be home to an advanced superconducting X-ray laser that stretches 3 miles in length from the beginning of the accelerator to the end of the experimental halls, built by a collaboration of national laboratories. On January 19, the first section of the machine’s new accelerator arrived by truck at SLAC National Accelerator Laboratory in Menlo Park after a cross-country journey that began in Batavia, Illinois, at Fermi National Accelerator Laboratory.

These 40-foot-long sections, called cryomodules, are building blocks for a major upgrade called LCLS-II that will amplify the performance of the lab’s X-ray free-electron laser, the Linac Coherent Light Source (LCLS).

“It required years of effort from large teams of engineers and scientists in the United States and around the world to make the arrival of the first cryomodule at SLAC a reality,” says John Galayda, SLAC’s project director for LCLS-II. “And it marks an important step forward as we construct this innovative machine.”

Inside the cryomodules, strings of super-cold niobium cavities will be filled with electric fields that accelerate electrons to nearly the speed of light. This superconducting technology will allow LCLS-II to fire X-rays that are, on average, 10,000 times brighter than LCLS in pulses that arrive up to a million times per second.

With these new features, scientists have ambitious research goals: examine the details of complex materials with unparalleled resolution, reveal rare and transient chemical events, study how biological molecules perform life’s functions, and peer into the strange world of quantum mechanics by directly measuring the internal motions of individual atoms and molecules. 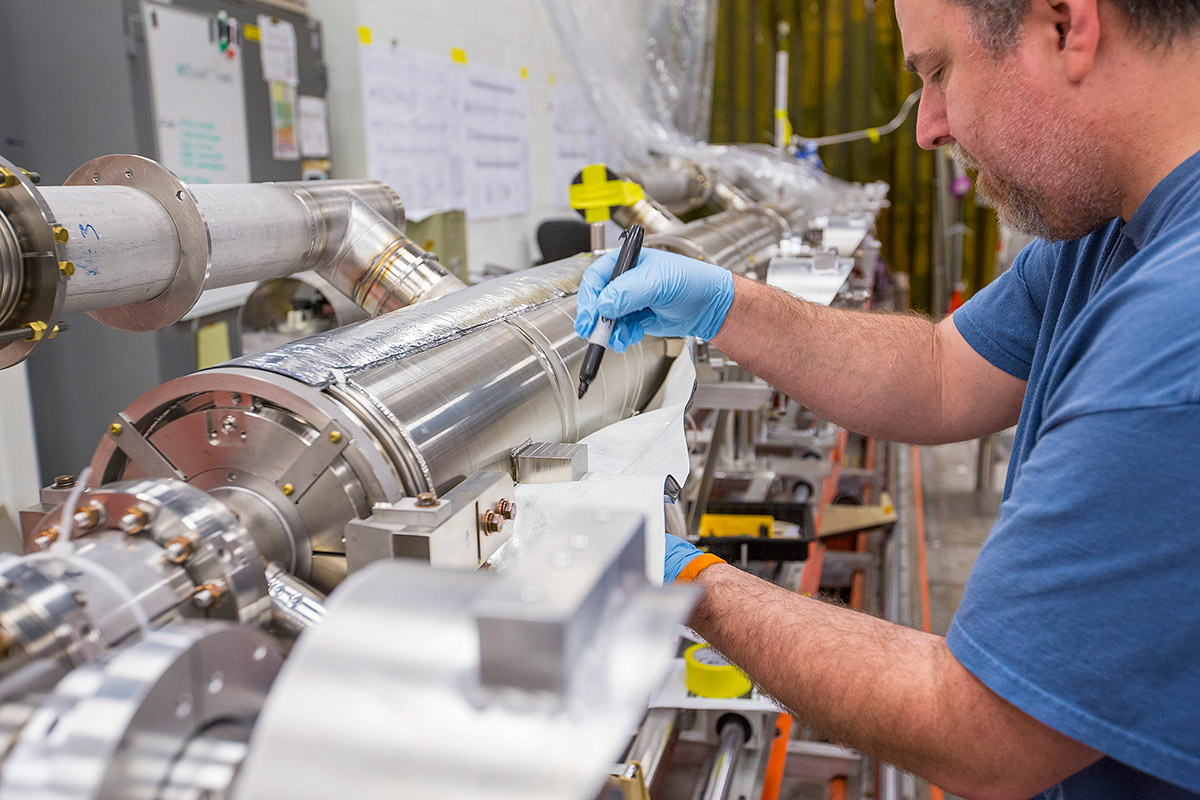 After constructing the cryomodules, Fermilab and Jefferson Lab are testing each one extensively before the vessels are packed and shipped by truck. Their new home in California will be the tunnel formerly occupied by a section of SLAC’s 2-mile-long accelerator, located 30 feet below ground. In tribute to their Bay Area destination, the cryomodules are painted “international orange” to match the Golden Gate Bridge.