This year opens to a landscape of autonomous vehicle expectations that are both exciting and sobering. By now, we are accustomed to seeing automated vehicle technology improve rapidly, and announcements from innovators are losing their novelty. We also hear a growing concern that the technology may not perform as promised, or that it might make urban transportation problems worse. Will it threaten transit, increase congestion, or begin an accelerated period of complex traffic problems with mixed levels of automation? Will we need unaffordable infrastructure that we cannot build quickly enough?

There is no turning back. Technology companies and automotive manufacturers have invested more than $80 billion in the underlying technologies and acquisitions. Promotional campaigns have started. They know change will be lucrative and they are betting heavily. Governments are beginning to recognize that there are economic gains or losses for its jurisdictions depending on how choices are made to engage with these technologies.

The province of Ontario is no different. Ontario was the first Canadian jurisdiction to make a clearly elucidated promise and a significant research investment in what it calls the Autonomous Vehicle Innovation Network (AVIN).

According to the Ontario Centres of Excellence website, “AVIN provides a competitive advantage to Ontario and allows it to reinforce its position as a North American leader in transformative automotive technologies … [AVIN] is expected to help the province’s transportation systems and infrastructure plan [to] adapt to this emerging technology.”

What is the outcome of furthering vehicle automation?

Governments’ first response to vehicle automation has always been safety. Following quickly, many governments have sought to encourage testing and development within their jurisdiction usually justified on the basis that “our country (or region) needs to be a world leader in this new technology.” Sometimes this simply means permitting vehicle testing on local roads. However, actively investing in technology development without regard to potential urban and social disruption is risky to the degree that governments are spending tax revenues to accelerate a technology that is indeterminate in both deployment and regulatory outcomes. Unintended consequences could easily negate such an investment. Any technology with the potential to disrupt so many things as could vehicle automation should carry a warning label: “before you build it, understand how it will be used.”

The movement of people and goods throughout the developed world is on the rising edge of digitization, disruption and democratization. E-commerce is transforming a growing fraction of personal shopping trips into courier delivery trips — approaching 10 percent in many jurisdictions. Digitization makes telework easier, contributing to a reduction in relative commuter trip demand. Smartphone transportation apps for transit, taxi and ride-hailing, parking finders, and payment are only the beginning. Mobility on Demand apps that bundle multiple modalities, user and provider reputations with payment management are expected to begin disrupting car ownership in the 2020s. On-demand automated-taxi systems are widely forecast to arrive in our cities in the 2020s. Could AVIN advance the common adoption of such systems?

Digitization brings capabilities, data, opportunities and innovations that are hard to anticipate—and harder to prepare for. How many parking spaces a high-rise developer should include—a straightforward matter a short time ago—has suddenly become a multi-million dollar quandary. Dozens of similar disruptions have been forecast.

Democratization means more mobility options everywhere, more convenience, new business formats and, eventually, lower prices. What was unlikely becomes tenable. A decade ago, two strangers sharing a ride was a fringe idea, statistically invisible on transportation charts. Since then, ride-hailers have popularized the idea, and it is now poised to become a workable approach. Even New York City taxis started to offer ride sharing in 2017.

Democratization, in turn, feeds back into more disruption, compounding the cycle. Uber and Lyft have disrupted the taxi industry and started to disrupt transit ridership in cities like New York, San Francisco, Denver and Las Vegas. At the same time, some smaller cities and towns collaborate with ride-hailers in a bid to be relieved of unaffordable bus routes. This cycle is vicious or virtuous depending on your perspective. The more transit is disrupted, the more ridership is lost, the more routes need to be trimmed back and the more ride-hailers are asked to take over. This portends complex social, employment and environmental considerations. It also provides an opportunity to shift public money to more robust trunk lines fed by short-haul robo-shuttles.

If predictions are correct, around 2030 we can expect automated vehicles to provide at least one-quarter of all passenger miles travelled (PMT) in driverless vehicles. This prediction assumes high automation capable of this service level will be reliable by then and AVIN is focused on enabling that to happen.

Regardless of the speed or pervasiveness of change, there are significant unaddressed consequences:

All of this change and more waits at the far end of the tunnel that R&D investments such as AVIN are paying into. Still, programs like AVIN must proceed.

Coming out of the tunnel

The uncertainty regarding diffusion of this technology indicates scenarios where vehicle automation could veer toward dystopian as easily as utopian outcomes. If government engages with this technology—and we think it should—should it not spend on deployment planning and practices to increase the probability of positive outcomes? Should government not pilot ways to use new technologies now to reduce car ownership, increase rail ridership, decrease parking demand and reduce transit costs on under-used bus routes? In other words, would it not be better to leave the technology innovation to the private sector while nudging the deployment of that innovation towards desired societal outcomes by understanding, specifying and incentivizing the kinds of new mobility that would promote those outcomes?

Thinking about preparing for automated vehicles is often about physical preparation: lane widths, re-allocation of parking real estate, reconfiguration of street curbs and intersections, and preparing infrastructure for connectivity. This sort of thinking is well intentioned. It means to recover at least some elements of our cities that have been given over to the automobile. But it is also reminiscent of the early and mid-20th century penchant for urban planners to design for the first century of automobility. How can we “take back the city from the automobile” if we redesign around the automated vehicle?

Mobility and place are tightly bound. As shared mobility architect Sandra Phillips so powerfully puts it, “physical mobility drives social mobility,” binding mobility, place and society. It is neither enough to design for automobiles, nor is it workable to design them out. Instead of helping to innovate autonomous vehicles, government should consider how to deploy automated vehicles in a way that provides the urban realities we want.

In a video recording made in the final months of his presidency,  Barack Obama said:

“As technologies emerge and mature, figuring out how they get incorporated into existing regulatory structures becomes a tougher problem, and government needs to be involved a little bit more. Not always to force the new technology into the square peg that exists, but maybe to change the peg.”

Obama is right, but we also recognize that the market is a critical player. If well intentioned and gently governed, the market can be a powerful force for outcomes we collectively desire, which given the transformative new mobility also means Ontario needs to “change the peg.” Is government prepared to do that?

In a recent report, “Ontario Must Prepare for Vehicle Automation,” a solution is described with this sort of governance in mind. “Harmonization Management” is a specify-and-regulate approach designed to win the highest possible consumer engagement in the shared-vehicle market across all segments of society. This is a performance-based public mobility system, involving a self-balancing array of subsidies and road fees for private operators in public transportation. Harmonization uses an all-digital, big-data, cloud software approach to change the “peg” by growing and optimizing the population of shared-mobility service users at the expense of car ownership.

Clearly, Ontario is investing significantly in vehicle automation, let’s hope it will place its emphasis on deployment issues over purely technical ones.

Bern Grush is a systems engineer, futurist and the author of the reports “Ontario Must Prepare for Vehicle Automation,” Parts I and II, commissioned by infrastructure advocate the Residential and Civil Construction Alliance of Ontario. 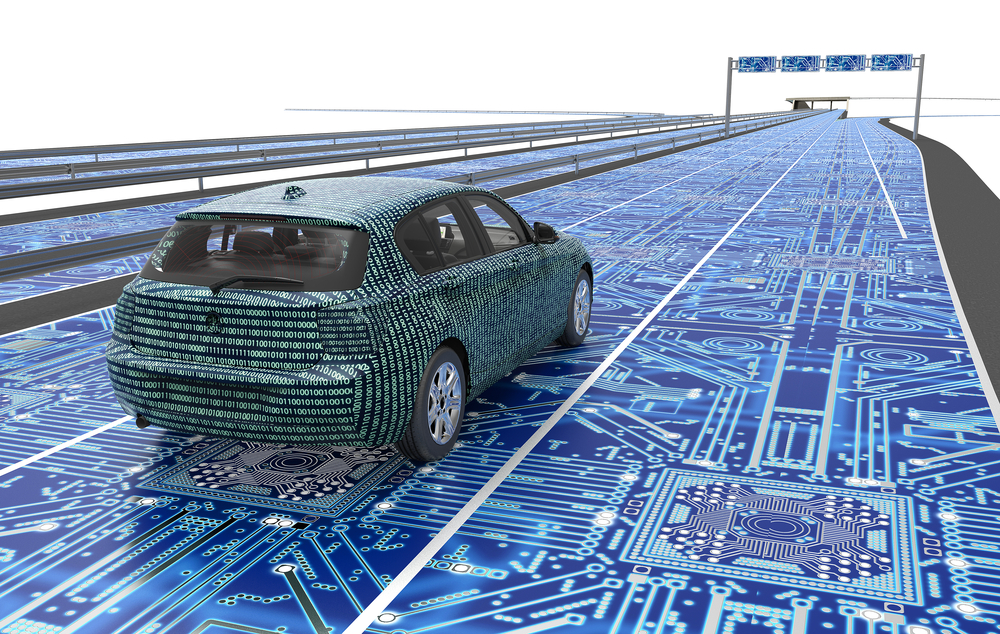