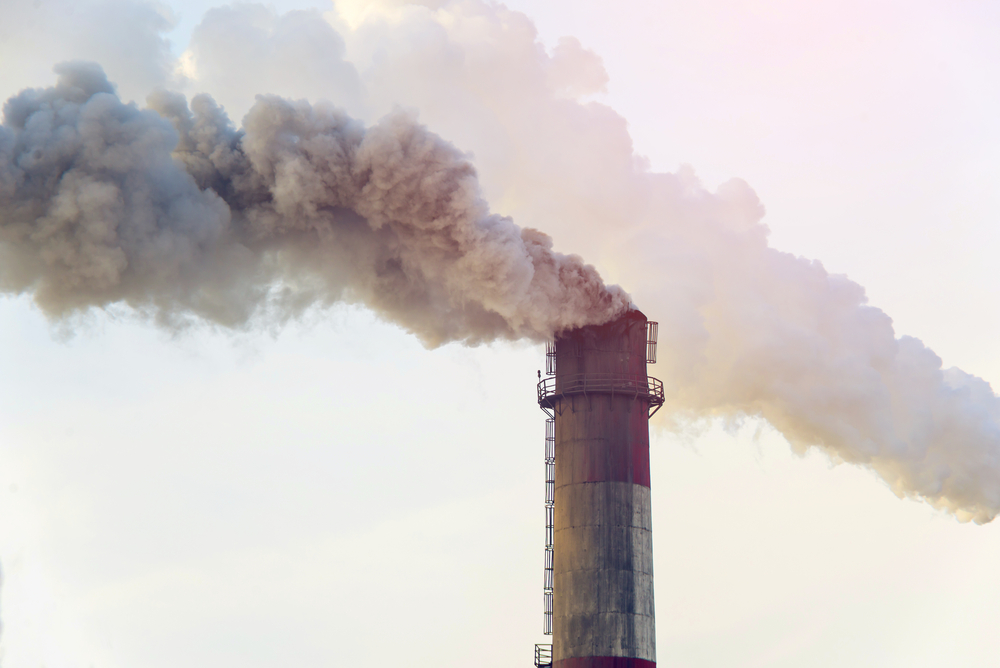 MIT researchers have developed a new system that could potentially be used for converting power plant emissions of carbon dioxide into useful fuels for cars, trucks, and planes, as well as into chemical feedstocks for a wide variety of products.

The new membrane-based system was developed by MIT postdoc Xiao-Yu Wu and Ahmed Ghoniem, the Ronald C. Crane Professor of Mechanical Engineering, and is described in a paper in the journal ChemSusChem. The membrane, made of a compound of lanthanum, calcium, and iron oxide, allows oxygen from a stream of carbon dioxide to migrate through to the other side, leaving carbon monoxide behind. Other compounds, known as mixed ionic electronic conductors, are also under consideration in their lab for use in multiple applications including oxygen and hydrogen production.

Carbon monoxide produced during this process can be used as a fuel by itself or combined with hydrogen and/or water to make many other liquid hydrocarbon fuels as well as chemicals including methanol (used as an automotive fuel), syngas, and so on. Ghoniem’s lab is exploring some of these options. This process could become part of the suite of technologies known as carbon capture, utilization, and storage, or CCUS, which if applied to electicity production could reduce the impact of fossil fuel use on global warming.

The membrane, with a structure known as perovskite, is “100 percent selective for oxygen,” allowing only those atoms to pass, Wu explains. The separation is driven by temperatures of up to 990 degrees Celsius, and the key to making the process work is to keep the oxygen that separates from carbon dioxide flowing through the membrane until it reaches the other side. This could be done by creating a vacuum on side of the membrane opposite the carbon dioxide stream, but that would require a lot of energy to maintain.

In place of a vacuum, the researchers use a stream of fuel such as hydrogen or methane. These materials are so readily oxidized that they will actually draw the oxygen atoms through the membrane without requiring a pressure difference. The membrane also prevents the oxygen from migrating back and recombining with the carbon monoxide, to form carbon dioxide all over again. Ultimately, and depending on the application, a combination of some vaccum and some fuel can be used to reduce the energy required to drive the process and produce a useful product.

The energy input needed to keep the process going, Wu says, is heat, which could be provided by solar energy or by waste heat, some of which could come from the power plant itself and some from other sources. Essentially, the process makes it possible to store that heat in chemical form, for use whenever it’s needed. Chemical energy storage has very high energy density — the amount of energy stored for a given weight of material — as compared to many other storage forms.

At this point, Wu says, he and Ghoniem have demonstrated that the process works. Ongoing research is examining how to increase the oxygen flow rates across the membrane, perhaps by changing the material used to build the membrane, changing the geometry of the surfaces, or adding catalyst materials on the surfaces. The researchers are also working on integrating the membrane into working reactors and coupling the reactor with the fuel production system. They are examining how this method could be scaled up and how it compares to other approaches to capturing and converting carbon dioxide emissions, in terms of both costs and effects on overall power plant operations.

In a natural gas power plant that Ghoniem’s group and others have worked on previously, Wu says the incoming natural gas could be split into two streams, one that would be burned to generate electricity while producing a pure stream of carbon dioxide, while the other stream would go to the fuel side of the new membrane system, providing the oxygen-reacting fuel source. That stream would produce a second output from the plant, a mixture of hydrogen and carbon monoxide known as syngas, which is a widely used industrial fuel and feedstock. The syngas can also be added to the existing natural gas distribution network.

The method may thus not only cut greenhouse emissions; it could also produce another potential revenue stream to help defray its costs.

The process can work with any level of carbon dioxide concentration, Wu says — they have tested it all the way from 2 percent to 99 percent — but the higher the concentration, the more efficient the process is. So, it is well-suited to the concentrated output stream from conventional fossil-fuel-burning power plants or those designed for carbon capture such as oxy-combustion plants.

“It is important to use carbon dioxide to produce carbon monoxide for the conversion of sustainable thermal energies to chemical energy,” says Xuefeng Zhu, a professor of chemical physics at the Chinese Academy of Sciences, in Dalian, China, who was not involved in this work. “Using an oxygen-permeable membrane can significantly reduce the reaction temperature, from 1,500 C to less than 1,000 C, indicating a great energy saving compared to the traditional carbon dioxide decomposition process,” he says. “I think their work is important to the field of sustainable energy and membrane processes.”