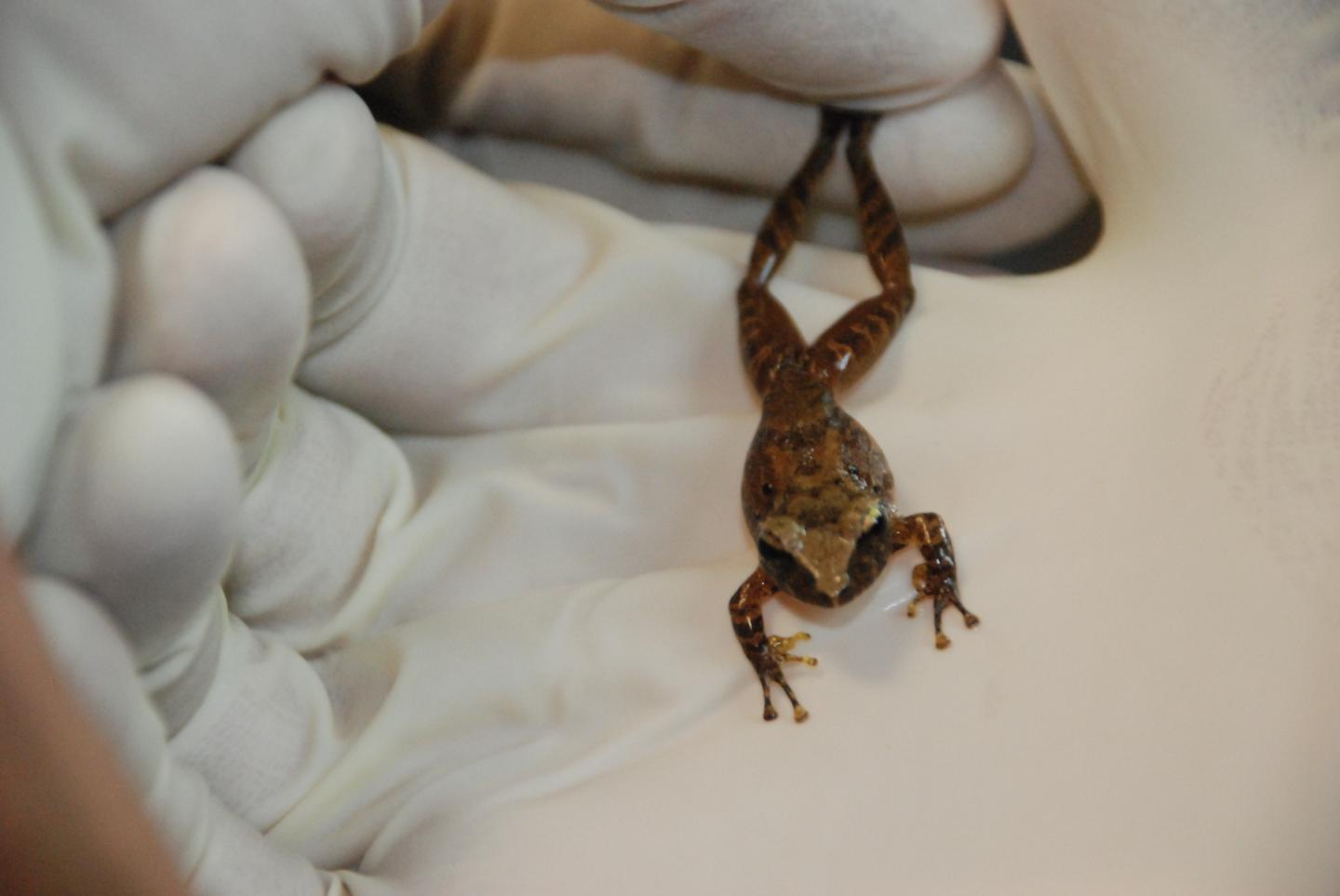 Researchers are investigating the ability of some frog species to resist diseases that have driven other amphibians to extinction, in order to find new ways to treat fungal infections in humans.

Researchers have long known that skin bacteria protects amphibians by producing fungi-fighting compounds. Now, a team from the Smithsonian Tropical Research Institute is looking at frog skin as a potential antifungal source that could help humans fight off these infections.

“Amphibians inhabit humid places favoring the growth of fungi, coexisting with these and other microorganisms in their environment, some of which can be pathogenic,” Smithsonian scientist Roberto Ibáñez, one of the authors of the study, said in a statement. “As a result of evolution, amphibians are expected to possess chemical compounds that can inhibit the growth of pathogenic bacteria and fungi.”

At the beginning of the study, the researchers traveled to the Chiriquí highlands, a jungle region on the west coast of Panama, where the chytrid fungus is responsible for severely affecting amphibian populations with chytridiomycosis disease.

“Amphibians have glands scattered on their skin that produce different compounds,” Ibáñez said. “In addition, their skin is inhabited by a diverse community of bacteria that produce metabolites that inhibit the growth of fungi and other bacteria.”

The team then turned to mass spectrometry to try to narrow down the chemical compound produced by P. cichorii that keeps fungi at bay. They also observed the interactions between the bacteria and A. fumigatus to identify the bacterial compounds acting in areas where fungal activity was most inhibited, and found that the main compounds were cyclic lipopeptides, that included both massetolides and viscosin.

The researchers were able to separate the viscosin from the other compounds and test it in vitro against A. fumigatus and the chytrid fungus, finding that the viscosin displayed significant activity against both.

Eventually, the researchers hope to parlay the research into developing alternative drugs that treat the increasingly drug-resistant fungi that causes aspergillosis in humans.

“We are showing to the scientific community a set of possible alternative molecules to fight fungal drug resistance in humans,” Christian Martin, the first author of the study from INDICASAT, said in a statement. “Although more studies are needed, our collaboration could spark interest in the conservation of amphibians as a novel source of bioactive compounds in humans.

“For amphibians, this is a promising study because there are only four bacterial secondary metabolites chemically described that inhibit chytrid fungi,” Martin added. “In this study, we are introducing a new family of chemical compounds found in Panamanian frogs that could help amphibians worldwide.”