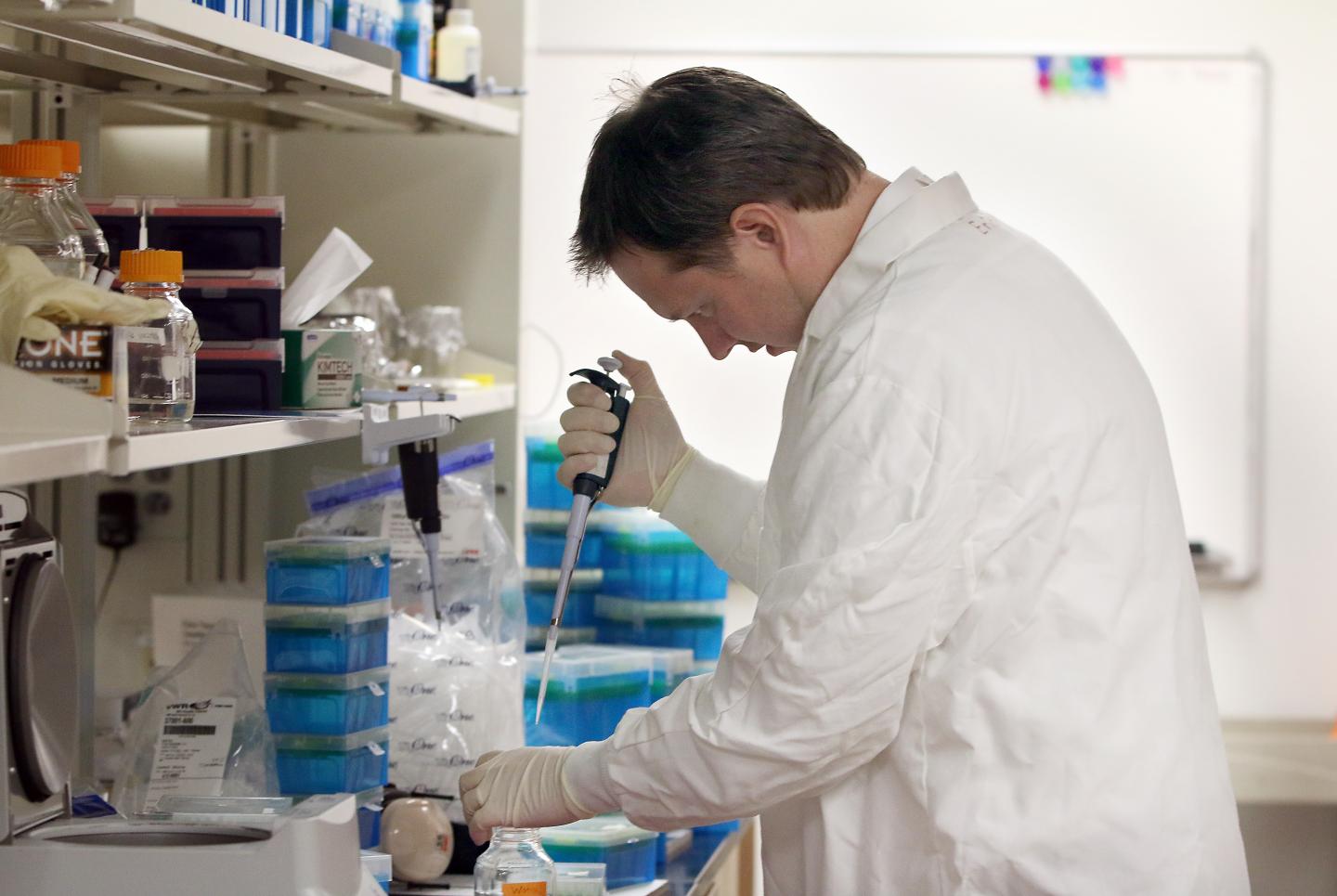 Treating multiple myeloma (MM) with myxoma virus (MYXV) eliminated a majority of malignant cells in preclinical studies, report investigators at the Medical University of South Carolina (MUSC) and elsewhere in an article published online on December 7, 2016 by Molecular Therapy — Oncolytics. Furthermore, introduction of MYXV elicited a strong immune response that eradicated disease in some animals.

Multiple myeloma is a cancer of plasma B cells, a cell type within the body’s immune system. MM is the second most common blood cancer and, unfortunately, remains difficult to treat. Even with the introduction of new chemotherapy regimens, most patients still succumb to disease relapse either from reinfusion of cancerous cells during stem cell transplant or expansion of drug-resistant disease after chemotherapy

In the recent study, Eric C. Bartee, Ph.D., an assistant professor of Microbiology and Immunology at MUSC, and his colleagues at MUSC and the University of Oslo took a novel approach to treating MM: using viral oncolytics to specifically target and destroy cancer cells.

“What I thought was really interesting here was that we could actually get rid of disease and it didn’t appear to ever come back,” said Bartee.

For the past several years, Bartee has been using myxoma virus to treat MM in cell culture. MYXV exclusively infects rabbits and is therefore noninfectious to humans. However, previous work from the Bartee laboratory showed the MYXV was able to kill human MM cells.

Currently, stem cell transplants, using a patient’s own stem cells, are used as a treatment for MM, but patients often relapse from residual cancer cells within the transplant sample. Bartee showed that treatment with MYXV was successful in eradicating MM cells in patients’ stem cell samples prior to re-engraftment, thereby preventing relapse of MM.

In the recent study, they took this one step further by assessing whether treatment with MYXV also has a benefit on disease outside the context of transplantation. Using a preclinical mouse model, Bartee showed that systemic treatment with MYXV reduced tumor burden and led to a modest decrease in disease progression in 66% of mice. More impressively, in 25% of mice, there was a complete eradication of disease with no evidence of relapse.

Since MYXV does not replicate in MM cells, it was postulated that eradication of disease was caused by the host’s immune system. Investigation of the bone marrow, a compartment that helps produce red and white blood cells, showed that it was unaffected by treatment with MYXV. This suggested that the immune system remained functional and could combat the cancer cells. Indeed, treatment with MYXV led to an increase in CD8+ ¬T cells, a type of white blood cell, within the bone marrow compartment, indicating a strong anti-tumor response.

While this preclinical work suggests that MYXV has the potential to cure some patients of MM, there are many hurdles that need to be overcome before this option is available in the clinic. One significant barrier is large-scale production of clinical-grade virus. Another considerable hurdle when moving from preclinical studies in mice to clinical trials in humans is demonstrating a high response rate.

One unique advantage of treating MM with MYXV is that the response rate observed in this study is not mediated by the virus. It is actually mediated by the patient’s own immune system. Combining MYXV treatment with other immunomodulatory therapies that have been shown to boost anti-tumor response could provide a novel treatment regimen that significantly improves patient outcome compared to the current treatment model.

Another advantage is that it is extremely difficult for myeloma to develop resistance to killing by MYXV. One of the challenges with standard chemotherapeutic agents is that many tumors often develop resistance through small changes in the cell, leading to relapse of disease. Because MYXV has evolved for thousands of years to override anything the cell can do, there is no real evidence that tumors can develop resistance to oncolytic infections.

“I think what our findings, and oncolytics in general, really highlight is that some of these non-traditional therapies can really offer the benefit of complete disease eradication,” said Bartee. “You’re not just moving the curve to the right a little bit; you’re bending the survival curve up. And you’re really fundamentally changing how you can look at cancer treatment.”