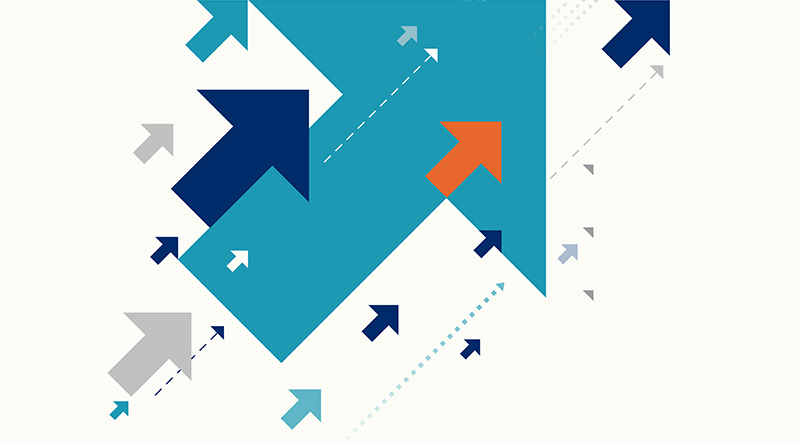 Graphene, the world’s thinnest material, was first studied as long ago as 1947, according to the University of Manchester. Researchers in the 1970s and ‘80s began exploring theories about graphene’s abilities, including its capacity to carry electric currents and potentially grow the material on single crystal surfaces.

By 2004, two scientists from the University of Manchester were removing flakes from a lump of bulk graphite with sticky tape when they realized some of these flakes were thinner than others. Continued separation of these fragments lead to new flakes that were just one atom thick.

This process ultimately isolated graphene for the first time, setting the stage for research and development efforts focusing on a material that could have a profound impact on various scientific fields like chemistry, biomedicine, and electronics.

A new report from market research firm IDTechEx provides a snapshot of where this market stands today and possible trends.

The author of the report, Dr. Khasa Ghaffazadeh, begins his analysis stating that hype over the industry has begun to subdue after reaching its peak a few years ago. This may be because the so-called ‘killer application’ that graphene uniquely enables or in which graphene has a first mover advantage is still missing, states the report.

However, Ghaffazadeh noted that there are still large-scale investments happening in this research field. The European Union pledged 10 billion euros over the next 10 years to graphene and 2D material research and the United Kingdom, Korea, and Singapore have agreed to similar pledges.

In the private sector, investors from diverse backgrounds—including specialty chemicals, energy, steel, and consumer electronics— are committed to launching new companies focusing on taking advantage of this material.

Asia has become a booming area for graphene research as well, according to the report.

Chinese companies like Wuxi Graphene Film and The Sixth Element have been particularly aggressive in this market, constructing ambitious nominal production capacities with a specific focus on both graphene sheets and platelets. Chinese entities have over 2,200 patents in graphene with U.S. entities coming in second with 1,754 patent publications.

Although the report mentions there is still no dominant sector where graphene is thriving, it does map out several potential applications for graphene along with the challenges it could face if/when it reaches the market.

One area of interest is transparent conductive films. These components are used in optoelectronic applications that require voltage/current and optical input/out, which can be found in OLED lighting, pholtovoltaics and touch screens.

Indium Tin Oxide (ITO) is the dominant force in this field, controlling over 90 percent of the market share. ITO can either be placed on glass or PET. The former offers a better performance, since sheet resistance can be lower and the optical transmission can be higher.

ITO on PET though is quickly taking market share from ITO on glass in the touch screen sector. Factors like being more flexible and cost-effective along with being thinner than its counterpart make it a viable alternative.

Graphene, however, has been a late entrant to this market. The technology is still not mature, but has displayed a number of features that could be lucrative.

The material can produce high optical transmission, yield an ultrathin solution, and can generate low haze and a matched refractive index. Ambitious researchers could focus on transforming these graphene layers into 3D shapes or making improvements in crystalline size, but Ghaffazadeh notes that this transformation effort is more of a long-term development.

Supercapacitors are another area where graphene could offer new opportunities. These devices offer a high power density, fast charge up and discharge rates, along with a large temperature compliance range. Scientists are exploring how supercapacitors could power consumer electronics, industrial machines, power tools, and even grid storage.

Results are promising with graphene supercapacitors. Ghaffazadeh highlights work done by the Nanomaterials Group at Drexel University where they air brush deposited graphene oxide on the electrode, therefore increasing the capacitance ability to 120 F/g.

Some challenges still remain, especially with the available surface area of graphene. Depositing the material can make layers of graphene re-stack, reducing the surface area, while the topography of the graphene electrode could hinder electron penetration lowering surface utilization.

Novel sensors are another area where this experimental material could flourish. The report highlights a few innovations where engineers infused a graphene component into these machines.

Scientists working at Nokia’s Research Center in Cambridge created a new humidity sensor based on graphene oxide, which gave the machine an ultra-fast processing capability due to a 2D structure and its super permeability to water molecules.

Researchers based at the University of Wisconsin, working in conjunction with DARPA, invented new graphene-based sensors that were 4-atoms thick. This measurement is so thin it made the sensors practically transparent, giving them the ability to perform electrical and optical brain measurements at the same time.

Other areas the report highlighted included graphene transistors that could kick start a new era of post-silicon electronics, potent energy storage devices that may yield better performance, and even tires with more efficient tractions and tensile strength created from graphene.

The future of graphene

Overall, the report explains that there are opportunities in this sector, but there is still a long road that needs to be traveled in order to capitalize on these openings and make groundbreaking products.

While the material is still in its infancy, scientists are already conducting experiments where they are finding early-stage solutions for this material, using graphene to help regenerate nerves or engineering new membranes to produce clean water.

Over the next month, R&D Magazine will be highlighting new innovations involving this experimental substance.