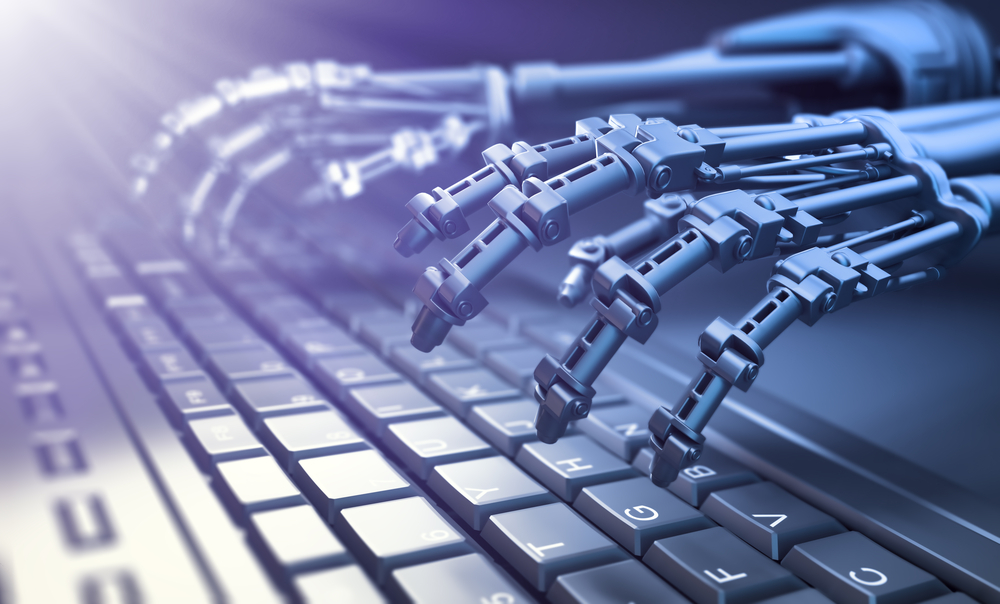 Artificial intelligence (A.I.) could become a game-changer for multiple industries.

Powerful algorithms may soon be able to quickly sift through reams of data and information, delivering quantifiable insights for tasks such as enhancing guidance systems for self-driving cars, assisting physicians in diagnosing patients, or helping farmers implement plans that simplify the management and protection of their crops.

Technology giants in the U.S. like IBM and Microsoft are exploring business opportunities where A.I. could have the most impact, but an ecosystem for this type of R&D is already thriving in Canada.

Our neighbor to the north has produced several pioneers in A.I.

Hinton, an engineering fellow at Google and professor emeritus of computer science at the University of Toronto, is considered a pioneer in training neural networks with multiple layers, a computing technique that provides A.I. with greater recognition capabilities.

Searching for a picture on Google as well as dictating text on your smartphone via voice recognition are advancements made possible in part on technology derived from Hinton’s ideas.

Bengio, a graduate of McGill University, is another noted expert in deep learning coming out of Canada. He is the head of the Montreal Institute for Learning Algorithms and recently signed on as an adviser to Microsoft on its artificial intelligence efforts.

In addition to Canada’s history of producing some of the most well-known experts in A.I. research, the government— under Prime Minister Justin Trudeau—has a desire to capitalize on these breakthroughs as much as possible.  To do this, they have launched a comprehensive initiative designed to help the A.I. industry flourish within the country.

The Vector Institute, an independent not-for-profit institution based in Ontario, was created as a response to this initiative.

The organization receives an estimated $150 million investment from both the Canadian government and as well as Canadian businesses.

Lead by research director Richard Zemel, a professor of computer science at the University of Toronto and Senior Fellow at the Canadian Institute for Advanced Research, the Vector Institute focuses on building and sustaining AI-based innovation, growth, and productivity in Canada.

In an interview with R&D Magazine, Zemel discussed the specific strategy the Vector Institute will implement to take advantage of these opportunities as well as where he sees the industry moving going forward.

R&D Magazine: Describe what role the Vector Institute will play in this burgeoning field?

Richard Zemel: “The launch of the Vector Institute in March this year was a response to a significant opportunity to make Canada a global leader in artificial intelligence.  We know that Canada produces some of the best and brightest graduates in machine learning and deep learning, from cities like Toronto, Montreal, and Edmonton. We also know that we need to increase awareness among companies in Canada, both large and small, of the transformative potential of artificial intelligence. So that’s why we’re here –to drive excellence and leadership in Canada’s knowledge, creation, and use of artificial intelligence to foster economic growth and improve the lives of Canadians.

The Vector Institute will lead Ontario’s efforts to build and sustain AI-based innovation, growth and productivity in Canada by focusing on the transformative potential of deep learning and machine learning. It will do so by working with Canadian industry and public institutions to ensure that they have the people, skills and resources to be best in class users of artificial intelligence. The Vector Institute will also support Canada’s innovation clusters and help start-ups grow to become Canadian-based global leaders. An essential component of Vector’s mission is to attract global talent focused on research excellence; our researchers and academic partners will be part of a vibrant community of innovative problem-solvers, working across disciplines on both curiosity-driven and applied research.”

Richard Zemel: “Canada is home to some of the brightest minds in the field of artificial intelligence; it has been at the academic forefront of the broad field of AI for over 30 years. Specifically in the areas of machine learning, reinforcement learning and deep learning, leading researchers and professors have been graduating some of the most promising talent out of cities like Toronto, Montreal and Edmonton.

Canada is fast becoming a global hub for artificial intelligence research as support and interest grow among academic institutions, private companies, and governments.

The number and variety of companies that have signed on as sponsors of the Vector Institute is an indication that industry understands the transformative potential of AI.We also have a large number of start-up companies – and several business incubators – with an interest in developing, applying and commercializing AI technology.Recent announcements from Uber, Google Brain, and DeepMind to expand their research capacity in Canada are further evidence that Canada is emerging as the place to do AI research, and also to apply it.

And what we hear from many students, researchers and scientists is that they want to live in Canada – our diversity, public healthcare, education system and quality of life are all very appealing.We are tremendously excited to work with industry, start-ups and institutions to build and sustain Canada’s AI ecosystem.”

R&D Magazine: How is Canada’s research environment for A.I. different from the U.S.? Are there specific resources available for scientists in the country that are not available in the U.S.?

We’ve had very positive conversations with many individuals currently based in leading institutions and labs around the world, and there is a lot of excitement and interest in Vector, and in the growing Canadian ecosystem. I’m excited to say that we’re getting ready to make multiple announcements on hiring top talent for Vector in the coming months.

In creating the Vector Institute, it has been very important to me and the team to build flexibility into our operating model. The advantage of Vector being an independent, not-for-profit institution means that our researchers won’t necessarily be faced with having to decide between working in academia or working with industry.Vector researchers will be able to work on projects with the private sector – so long as their research and academic obligations are fulfilled. This flexibility, combined with growing the pool of top talent, lends itself to one of the Vector Institute’s core objectives, which is to enable companies in Canada to become best-in-class adopters of AI technology.

It will make Vector, Toronto and Canada a place where top talent and industry converge to create a vibrant and lasting ecosystem.

The Vector Institute is a response to a challenge and an opportunity. It’s well-known that Canada – with cities like Toronto, Montreal and Edmonton – produces world-class talent trained in machine learning. The University of Toronto’s students have gone on to lead and work in AI labs at Google DeepMind, OpenAI, Apple, Facebook and Microsoft.

The challenge we face in Canada is that while our graduates are in high demand, there isn’t the ecosystem here in Canada that we would want to see around such talent, and Canadian firms lag behind their international counterparts in investments in innovation and research.

But with the launch of the Vector Institute, I think we’re at a turning point. Since Vector’s launch, Uber has announced that it will open a new branch of its Advanced Technologies Group, lead by Raquel Urtasun. Meanwhile, Google announced the launch of Google Brain Toronto and DeepMind announced the opening of its first ever international AI research office in Edmonton.

And I’ve heard from my own students and postdocs that they are deciding to stay in Canada because of the emerging AI ecosystem; while in the recent past these opportunities did not exist, they are very excited about the prospect of staying here to continue doing research and working with companies. And while travelling to conferences and summer schools recently I’ve heard a lot of interest from students elsewhere as well.

Many of these individuals want to live in Canada – our diversity, public healthcare, education system and quality of life are all very appealing. And as we create meaningful opportunities for them to pursue careers here, they will either stay or come from abroad. And that’s what we plan to do.”

R&D Magazine: Please elaborate on specific fields of A.I. research that could yield the most promising results and why (i.e. computer vision, neural networks etc)

Richard Zemel: “Many of the current successes have been in areas such as machine vision (automated driving), language (automated speech recognition in voice assistants, machine translation), and recommender systems. Other areas that are ripe for advances include healthcare and robotics.  All of these areas have a wealth of data, which makes them amenable to machine learning methods. Other areas where we may see progress in the near future include automated drug and manufacturing design, and education. Progress in each of these cases has been and will be fueled by research advances, in learning algorithms, optimization, and hardware.”

R&D Magazine: Please discuss specific industries that could benefit from the research that emerges from the organization. Also, are there any promising startups/companies in Canada working on novel projects?

Richard Zemel: “It is early days for the Vector Institute, and at this stage it’s difficult to know exactly how Vector’s research will affect different sectors. Our first step towards our goal to drive research excellence is to recruit the faculty and research scientists who will undertake both curiosity-driven and applied research with Vector. That process is underway now.

The list of companies that are sponsoring the Vector Institute (see the full list here: http://vectorinstitute.ai/#partners) can give us a sense of where we can expect AI advancements to have an impact. More than 30 companies  have committed a combined total of over $85 million over ten years to support the Vector Institute, representing sectors as diverse as finance, insurance, education, retail, advanced manufacturing, construction and transportation, reflecting the transformational potential of deep learning and machine learning in Canada.

R&D Magazine: The Vector Institute is based in Toronto, but companies like Google Deepmind are opening a new research lab in Alberta. Will each institution work together with each other or will each province have their own specialized network of research?

Richard Zemel: “Yes. Vector will collaborate with other organizations that make up the pan-Canadian AI ecosystem, including academic institutions, incubators, accelerators, start-ups, scale-ups and established companies. We believe the recent DeepMind announcement, and others like it, are good for the Canadian AI ecosystem as a whole.

There are currently some areas in which different research groups have notable strength, such as reinforcement learning in Alberta, dialogue systems in Montreal, and statistical models in Toronto. But these strengths overlap considerably, and the field is rapidly evolving, so I expect a lot of cross-fertilization and synergies to emerge.

Collaborating with other jurisdictions and organizations in Canada’s AI ecosystem will help Vector achieve its vision to drive excellence and leadership in Canada’s knowledge, creation and use of artificial intelligence to foster economic growth and improve the lives of Canadians.”