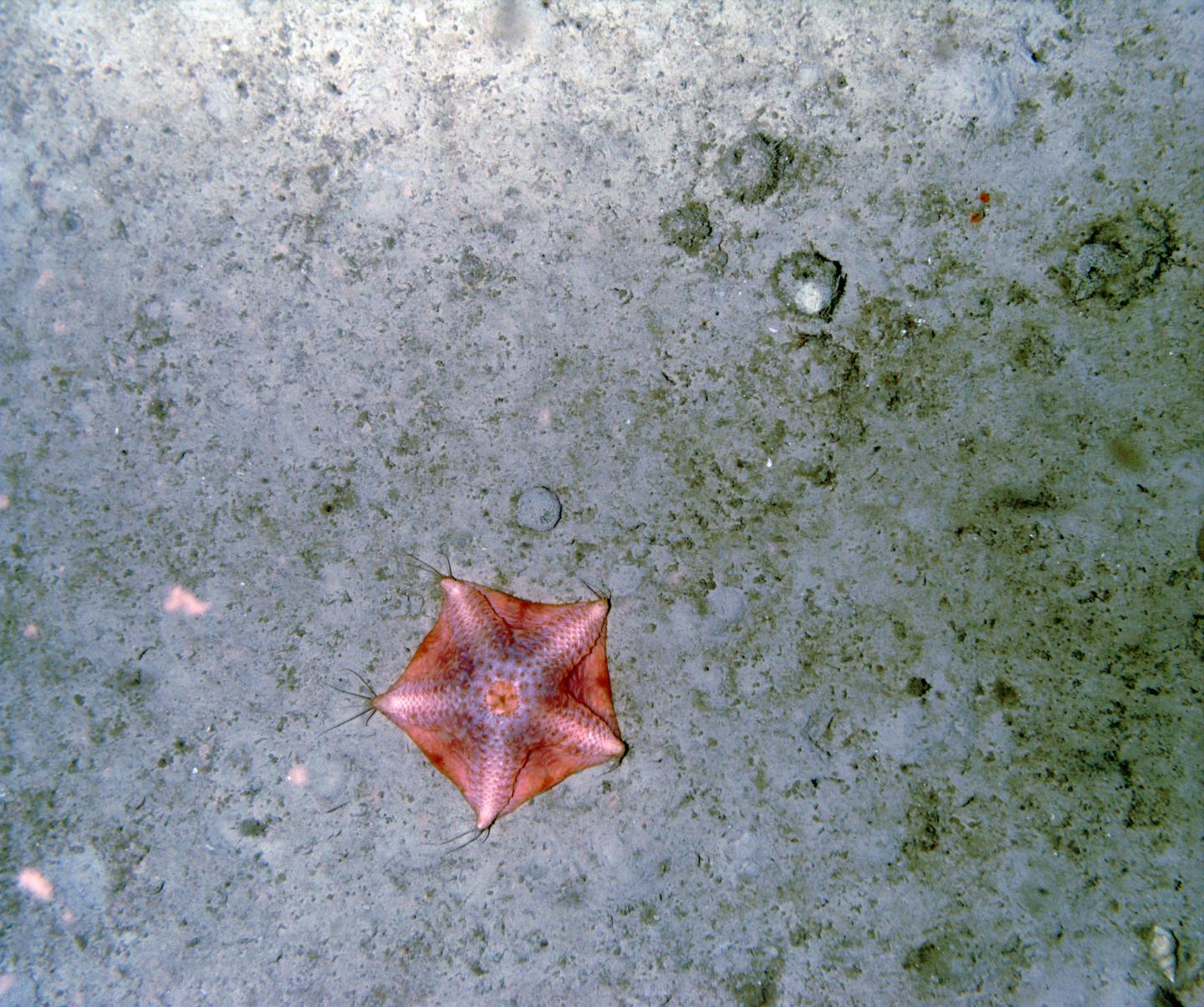 A large starfish (possibly a species of the genus Hymenaster). This animal is rare and only seen a handful of times. Credit:University of Plymouth

Researchers are hoping to utilize new deep learning techniques coupled with robotics to learn more about the animals that inhabit the seafloor miles upon miles under the surface.

A team from the University of Plymouth are testing how a computer vision (CV) system could accurately identify several animals from images taken on the seabed using an autonomous underwater vehicle (AUV).

While researchers have used AUVs in the past to capture images in the deep waters, it still requires a human to manually process and analyze the images.

“Autonomous vehicles are a vital tool for surveying large areas of the seabed deeper than 60 meters [the depth most divers can reach],” PhD student Nils Piechaud, lead author on the study, said in a statement. “But we are currently not able to manually analyze more than a fraction of that data. This research shows AI [artificial intelligence] is a promising tool but our AI classifier would still be wrong one out of five times, if it was used to identify animals in our images.

“This makes it an important step forward in dealing with the huge amounts of data being generated from the ocean floor, and shows it can help speed up analysis when used for detecting some species. But we are not at the point of considering it a suitable complete replacement for humans at this stage,” he added.

The researchers deployed the Autosub6000 AUV in 2016 around 1,200 meters beneath the ocean surface on the northeast side of the Rockall Bank off the coast of the U.K. to collect more than 150,000 images. The researchers then manually analyzed about 1,200 of the images and found 40,000 different animals from 110 different morphospecies, the majority of which are seen only a few times.

Using the CV system, the researchers showed on average it can identify various animals from images at an 80 percent accuracy clip, which can be increased to 93 percent if enough data is provided to train and refine the algorithm.

The study was conducted as part of Deep Links, a research project funded by the Natural Environment Research Council, and led by the University of Plymouth, in collaboration with Oxford University, British Geological Survey and the Joint Nature Conservation Committee.

The desire to learn more about the species living on the ocean floor has come into focus in recent years as marine environments continue to face environmentally threats. The new technique could be employed routinely to the ocean floor, leading to a substantial increase in data availability for conservation research and biodiversity management.

“Most of our planet is deep sea, a vast area in which we have equally large knowledge gaps,” Kerry Howell, PhD, an associate professor in Marine Ecology and Principal Investigator for the Deep Links project, said in a statement. “With increasing pressures on the marine environment including climate change, it is imperative that we understand our oceans and the habitats and species found within them. In the age of robotic and autonomous vehicles, big data, and global open research, the development of AI tools with the potential to help speed up our acquisition of knowledge is an exciting and much needed advance.”