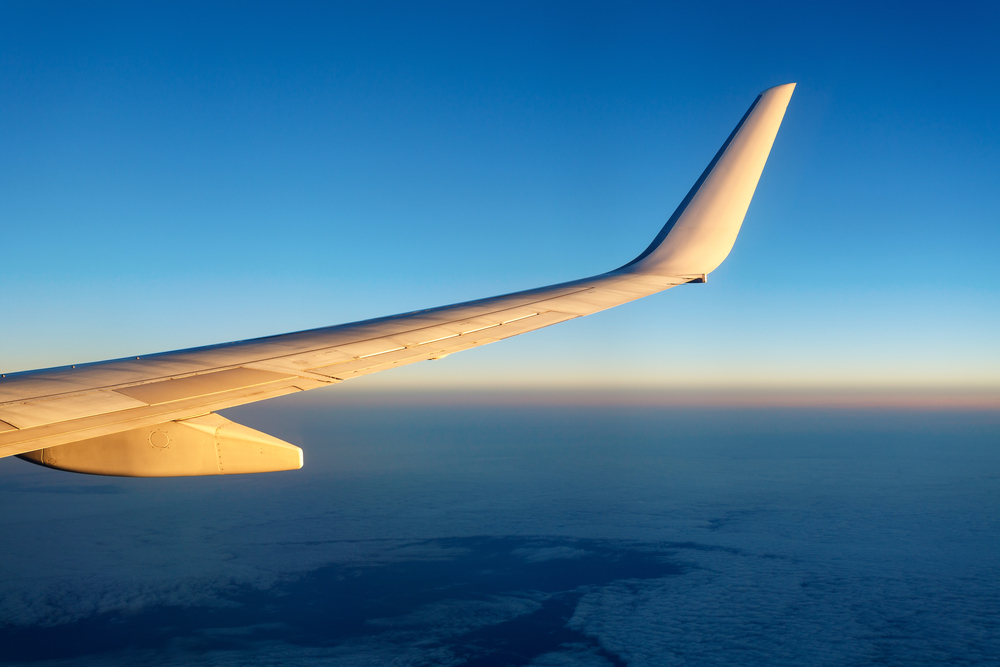 Norwegian aviation executives like to joke among themselves that when God created aviation, he was thinking of Norway.

For all these reasons and more, the Norwegian government has set a goal that 30 percent of all jet fuel used in Norway by 2030 will be sustainably produced biofuels.

To help jump start this transition, the government announced in October that airlines operating in Norwegian airspace will have to use 0.5 percent biofuels in their jet fuel by 2020.

Two researchers at the Norwegian University of Science and Technology’s (NTNU) Industrial Ecology Programme decided to look at how producing aviation biofuels in Norway would affect the climate and other environmental aspects identified by the United Nations Sustainable Development Goals, or SDGs. These goals have been developed to guide the world’s transition to a more sustainable society.

They found that producing jet fuels from forestry residues would be good for the climate but can put pressures on some SDGs, such as Zero Hunger, Clean Water and Sanitation and Responsible Consumption and Production.

The good news, the researchers say, is that knowing this now allows policy makers and engineers to make technological and supply chain improvements to reduce adverse side effects. This knowledge is especially important as the industry ramps up to making biofuels.

“The options for aviation are very limited,” says Francesco Cherubini, the senior author of the paper and a professor in the Industrial Ecology Programme. “If we want to decarbonize aviation, we must use biofuels. There is a lot of potential here.”

The article describing their research, “Contribution of jet fuel from forest residues to multiple Sustainable Development Goals,” is published in Nature Sustainability.

First of all, the researchers selected two different technologies that are considered market ready.

The first was an alcohol-to-jet fuel technology, which uses a biochemical process to turn wastes into ethanol, which is then converted to jet fuel.

The second relies on a process called Fischer-Tropsch synthesis, which uses high temperatures to produce a kind of synthetic gas that is then converted to a liquid bio jet fuel.

They then figured out how much waste materials might be available from Norwegian forest management, which currently doesn’t actually use forest residues for anything.

Based on forestry practices in other Nordic countries, the researchers determined that as much as 34 percent of the total forest residues in Norway could be used to produce bio jet fuels.

They then created a model that looked at what would happen if Norway began to use forest residues for jet fuel production, with all the associated direct and indirect emissions to air, water and soil.

The good news, they found, is that that Norway could potentially produce 20% of the country’s projected jet fuel use in 2030 from forest residues, which is well on the way towards the country’s policy target of 30%.

But the researchers also wanted to look for potential problems, too. So they ran their model and crunched their numbers.

Air travel emits two different kinds of pollution that harm the climate. The most well known are the CO2 emissions that result from burning jet fuel.

The researchers decided to look at how burning biofuels made using the two different processes would affect these types of emissions, called Near Term Climate Forcers, or NTCFs, because they can affect the climate over the short term but don’t have a long lasting influence on global temperatures.

What they found was that both types bio jet fuels had relatively lower climate impacts than conventional fossil fuels from a short (20 year) to a long (100 year) perspective. But the benefits from bio jet fuels were not as strong from a short-term perspective because of the NTCFs.

Contrails were the biggest contributor to reducing the short-term benefits from biofuels, the researchers found. However, the climate benefits are important in the context of the long-term temperature stabilization target that was agreed to in the context of the Paris Agreements. On average, 20% bio jet fuel use in the Norwegian aviation sector in 2030 can reduce climate impacts by approximately 17%.

Next, the researchers looked at how the different biofuel technologies affect the UN sustainability goals. Cherubini said this was an important part of their analysis because a specific technology may look good in terms of its climate benefits, but it might have other negative effects.

If these negative effects aren’t known, then governments or industries might choose to invest in a technology to benefit the climate, only to discover at a later stage that the technology has unintended negative side effects on other environmental areas of concern.

“Sustainability research plays a key role in the success of our energy transition, especially when it is applied to new technologies before their large-scale implementation,” Cherubini said.

For that reason, he and his colleague and first author Otavio Cavalett decided to look at how nine of the UN SDGs that relate to the environment would be affected by biofuels production.

These were: Zero Hunger, Good Health and Well-Being, Clean Water and Sanitation, Affordable and Clean Energy, Sustainable Cities and Communities, Responsible Consumption and Production, Life Below Water and Life on Land.

“This is one of the first papers to provide an overview of what will happen with SDGs,” if a specific climate-friendly technology is deployed,” Cavalett said.

Better than fossil fuels in some ways but room for improvement

When the researchers looked at how renewable jet fuels compared to existing fossil jet fuels, they found clear benefits from the renewables when it came to climate impacts, of course. But there were also benefits for two SDGs, Affordable and Clean Energy, and Responsible Consumption and Production.

However, one of the renewable technologies they looked at did have larger impacts than fossil-based fuels for some SDGs. As one example, Cavalett said that harvesting forest residues requires diesel fuel to power the trucks and machines that will pick up and transport the twigs, bark, tree tops and other residues that would be converted to biofuel. But burning diesel can cause low-level ozone and particulate matter to form, affecting the Good Health and Well-being SDGs.

They also found that the different environmental impacts added up along the energy and material supply chains that are needed to produce the biofuels.

That means if producers use cleaner raw materials or cleaner forms of energy to produce the bio jet fuels, the impacts will drop accordingly, the researchers said.

Cherubini said that even though air travel does contribute to climate change, it also has value to society.

“Getting people in contact has value,” he said. “The fact that people (in Europe) can get on a plane and go to the US in 6 hours has value for society.”

For that reason, he said, policymakers should consider finding ways to help these new bio jet fuel technologies get off the ground, so to speak.

“The role of sustainability research is very important in identifying the technological improvements needed to achieve benefits across the different SDGs and to make a sustainable transition to a greener society,” he said. “The technology can improve quite a lot if we keep this in mind.”