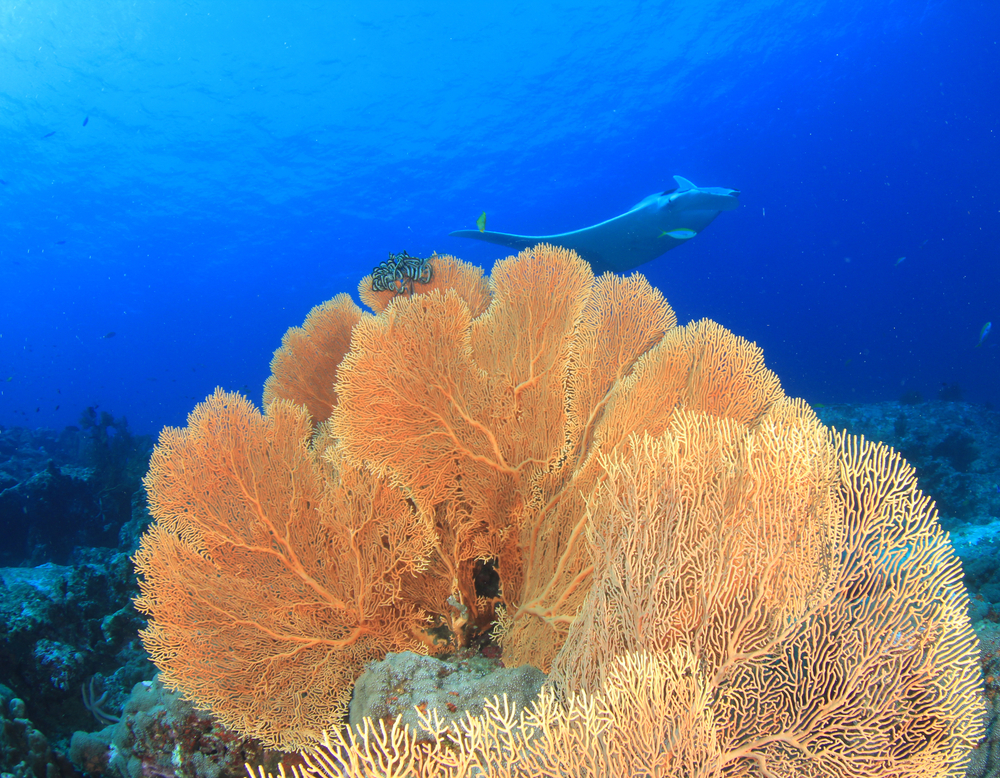 Corals are calcifying animals and are the prime architects of the most diverse marine ecosystem, the coral reefs. The coral animal harbors tiny microalgae as symbionts in its tissue, where they fix CO2 via photosynthesis and provide the animal host with organic carbon for its respiration. In turn, the microalgae obtain shelter and nutrients in the coral tissue, which extends over a complex calcium carbonate skeleton deposited by the animal host.

The coral host takes several measures to optimize light harvesting of its symbionts, while avoiding excess light exposure. This includes tissue contraction and relaxation as well as synthesis of coral host pigments, including brightly fluorescent protein complexes similar to the well-known green fluorescent proteins that are widely used as cell markers in the life sciences.

Direct observation of living corals is not easy and has relied on bright field imaging and epifluorescence microscopy with limited depth and areal resolution due to the opaque coral tissue, which is composed of different cell layers, as well as diffuse backscatter from the underlying coral skeleton. The use of visible light for such observations can also influence the corals, e.g. by stimulating photosynthesis or by exposure to potentially harmful UV and blue light.

An international team of scientists headed by professor Michael Kühl at the Department of Biology, University of Copenhagen has now surpassed such limitations in observing the tissue organization of living corals by using optical coherence tomography.

Michael Kühl explains, "OCT is an optical ultrasound-like technology that is e.g. employed by doctors to monitor tissue damage in the eye. It involves the use of non-actinic near-infrared radiation that penetrates deeper into tissue than visible light and can reveal microscopic structures with different reflective properties. We used an OCT system that enabled rapid 3D scanning of a 1-2 cm2 area down to a tissue/skeleton depth of 1-3 mm at a spatial resolution of a few μm. This enabled fascinating insights to the internal and external tissue-organization over the skeleton of living corals."

It was possible to identify different tissue layers and quantify their plasticity upon changes in light exposure on living corals. Corals rapidly contracted their tissue under high light stress, making it more reflective thereby protecting their symbionts against excess light. OCT also enabled the quantification of fluorescent host pigments organized in granules that also made the tissue more reflective especially after contraction.

In the dark, corals expand their tissues to gain better access to oxygen, and OCT showed that the tissue surface area of corals can be doubled at nighttime. The surface area of corals exposed to seawater and incident light is thus very dynamic, and OCT can now quantify such changes. This can have important implications for the measurements of coral metabolic rates, which typically are normalized to the surface area of the coral skeleton after the tissue has been removed - assuming that such area measurements are representative of the coral tissue surface area. The OCT results indicate that this assumption needs revision.

It was also possible to monitor the production of coral mucus on the tissue surface, which is an important component of coral life as mucus harbors beneficial microorganisms and also traps particles for feeding or self-cleaning purposes. Enhanced mucus production is also a signature of stressed corals, e.g. upon onset of coral bleaching. Furthermore, corals can expand special defensive tissue structures such as mesenterial filaments upon mechanical stress, and OCT could also visualize such dynamic responses.

Michael Kühl summarizes: "OCT is a powerful technique for studying the dynamic structure of living corals and their behavioral response to environmental stress. It now enables many novel applications in coral science as well as in other areas of marine biology. Our study also illustrates the importance of interdisciplinary approaches in science. Who would have thought that a technique used in the eye clinic would be useful for coral research?"