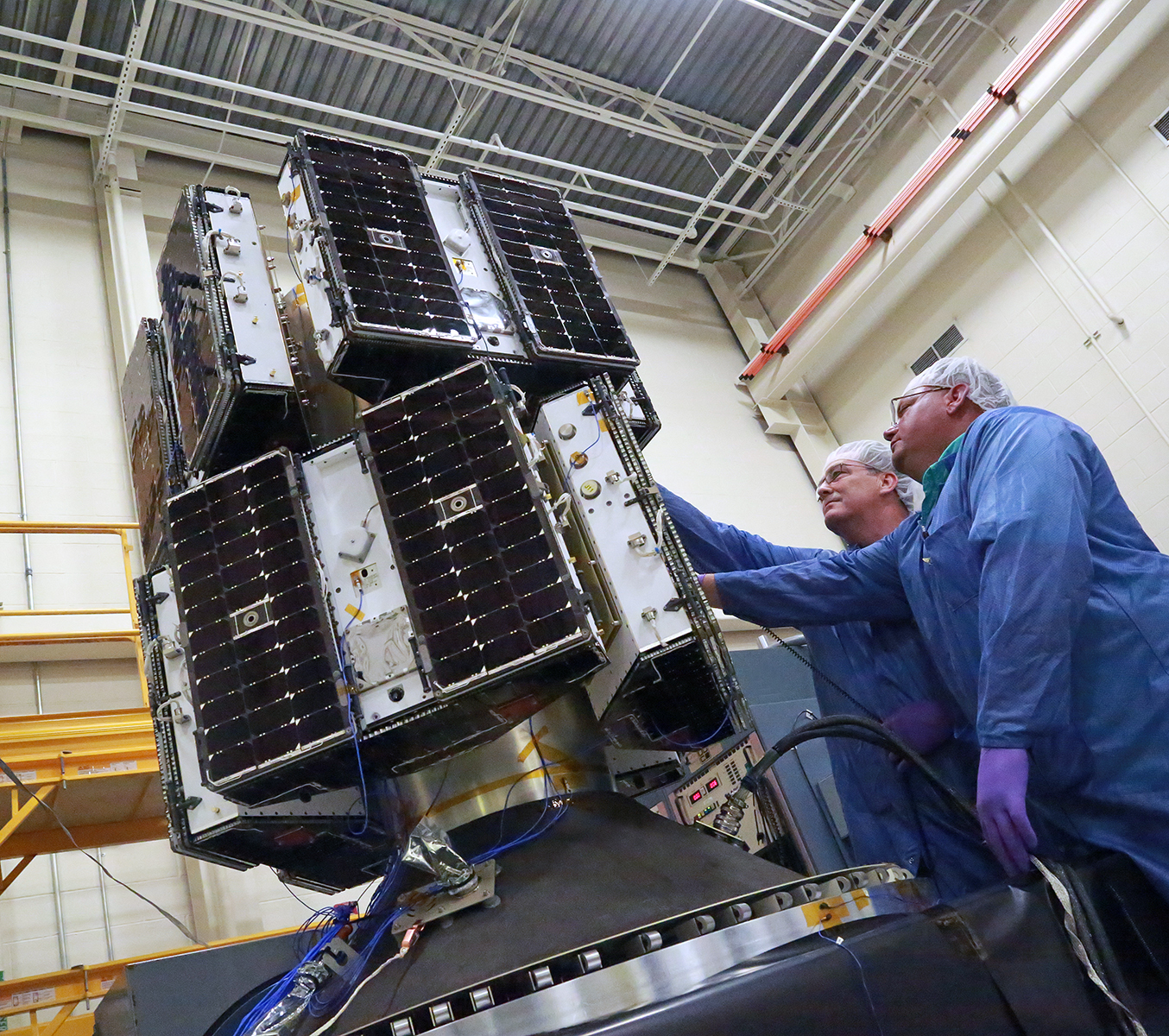 Engineers prepare NASA’s eight Cyclone Global Navigation Satellite System (CYGNSS) microsatellites, mounted on the deployment module, for vibration testing at the Southwest Research Institute in San Antonio, Texas. CYGNSS will probe the inner core of hurricanes to better understand their rapid intensification. Vibration testing will simulate the conditions that systems will undergo while attached to the Orbital-ATK “Stargazer” L-1011 carrier aircraft and subsequent launch on a Pegasus rocket. Vibration testing will wrap up in the next two weeks and be followed by preparations to ship the microsatellites and deployment module to Vandenberg Air Force Base in California for integration with the launch vehicle.

The mission is scheduled to launch Nov. 21 from Cape Canaveral Air Force Station in Florida.