The sound associated with a rocket launch creates extreme vibrations that can adversely affect any satellite or observatory, so engineers put spacecraft through simulations to ensure they will remain operational. 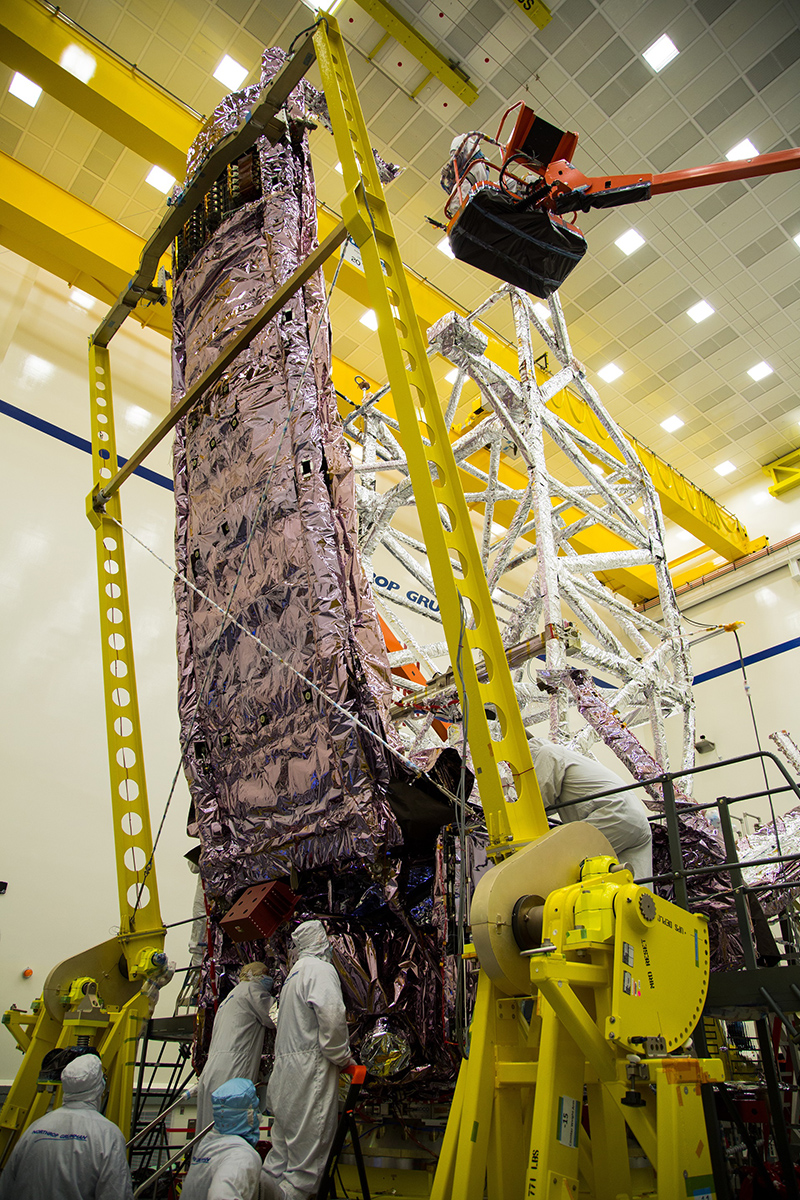 In this photo, technicians delicately inspect stowed sunshield membranes of NASA’s James Webb Space Telescope on the forward side of the spacecraft. Acoustic testing exposes the spacecraft to similar forces and stress experienced during liftoff, allowing engineers to better prepare it for the rigors of spaceflight.

The sunshield separates the observatory into a hot, sun-facing side (reaching temperatures close to 230 degrees Fahrenheit), and a cold side (approximately minus 400 degrees Fahrenheit) where the sunlight is blocked from interfering with the sensitive telescope instruments.

The James Webb Space Telescope is the world’s premier infrared space observatory of the next decade. A barrier-breaking mission for engineers and astronomers, Webb will solve mysteries of our solar system, look beyond to distant worlds around other stars, and probe the mysterious structures and origins of our universe and our place in it.  The scientific complement to NASA’s Hubble Space Telescope, the Webb assembled in a Class 10,000 cleanroom at NASA’s Goddard Space Flight Center. Webb is an international project led by NASA with its partners, ESA (European Space Agency), and CSA (Canadian Space Agency).