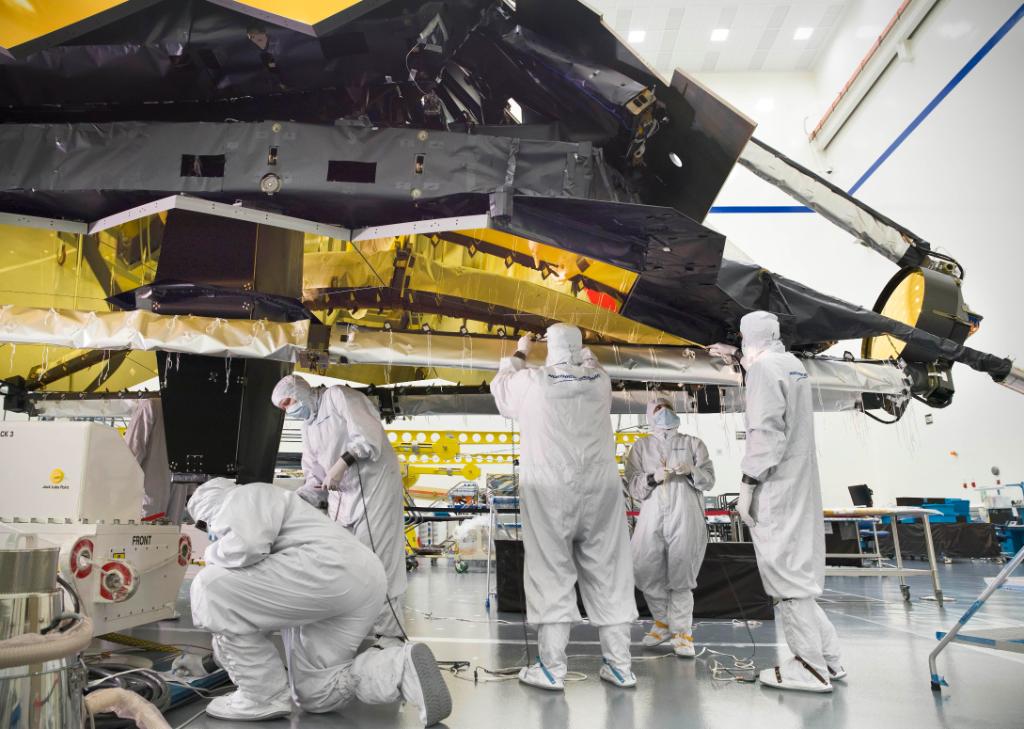 In this photo, engineers and technicians are installing flight thermal blankets on the structure that supports the James Webb Space Telescope’s secondary mirror in a cleanroom at Northrop Grumman. 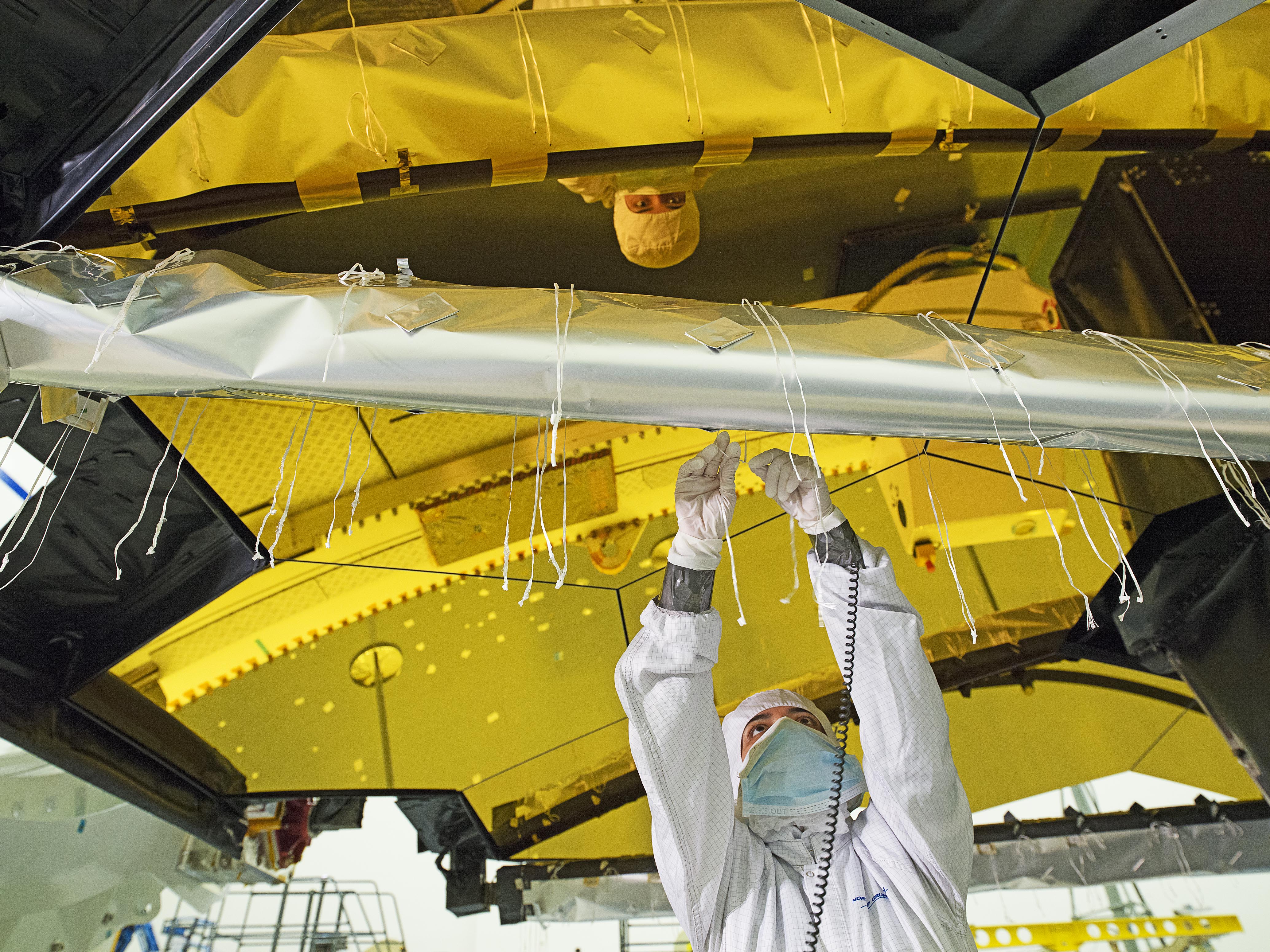 In this photo, Paloma Rubio of Northrop Grumman is installing flight thermal blankets on the structure that supports the James Webb Space Telescope’s secondary mirror in a clean room at Northrop Grumman, Redondo Beach, California. The strings, which are shown hanging down in this image, are called lacing cords, and they are used to tie the blankets to the struts. Why are the blankets tied on with lacing cords? Tying the blankets on allows them to be securely attached, while allowing enough room for them to shrink and move as Webb goes through the movements and temperature changes that will occur during its trip from Earth to its home in space, a million miles away. This technique also makes certain that the blankets are secure without using exposed adhesive for attaching the blankets. It’s cleaner for the telescope optics to not use a sticky adhesive nearby their pristine surfaces.

Because the blankets are tied (and also sewn on), team members working on the thermal blankets are one of the most unique groups of people working on Webb. They often have backgrounds that have included tailoring and costume making, prior to work in the aerospace industry.