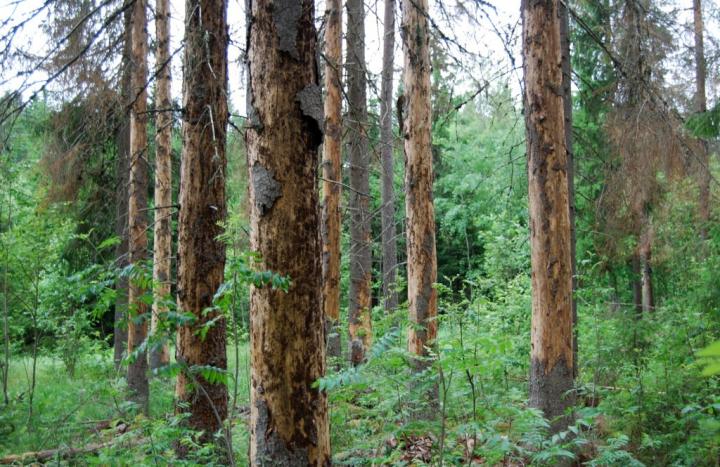 New research on projected climate changes from the University of Helsinki indicates that climate change has an alarming potential to increase the damage caused to Norway spruce trees by a naturally circulating disease spreading fungus.

– This study shows the potential for future climate changes to alter the impact of forest pathogens, and the need to incorporate disease effects into future forestry planning as of now. As this is one of the first experimental tests of projected climate changes on a forestry host-pathogen system, there is an urgent need for further research on this topic, highlights Dr. Riikka Linnakoski from the department of Forest Sciences, Faculty of Agriculture and Forestry.

While much research has addressed the effects of projected climate changes on tree species distributions and their productivity, the potential impacts of pests and pathogens have received far less attention. However, these represent some of the most important threats to global forest health, particularly in regions where climate change is expected to be most severe, such as northern Europe. To mitigate the impacts of climate change, understanding the factors that trigger the development of forest tree disease epidemics and host susceptibility is essential.

The group of researchers evaluated the effects of projected climate changes on Norway spruce seedlings experimentally infected with a forest pathogen capable of killing also mature trees. In nature, a spruce bark beetle carries and transmits the disease to the trees. The researchers manipulated both temperature and carbon-dioxide (CO2) levels, based on projections for Finland in years 2030 and 2100, and compared disease outcomes in seedlings against current ambient conditions.

The researchers found that future climate changes have the potential to increase disease severity in fungal infected trees, with the most distant projections likely to be the most detrimental to tree health. However, an interesting result was that the effects of climate change on disease severity can vary markedly among fungal strains i.e. genetic variations of the same fungal species.