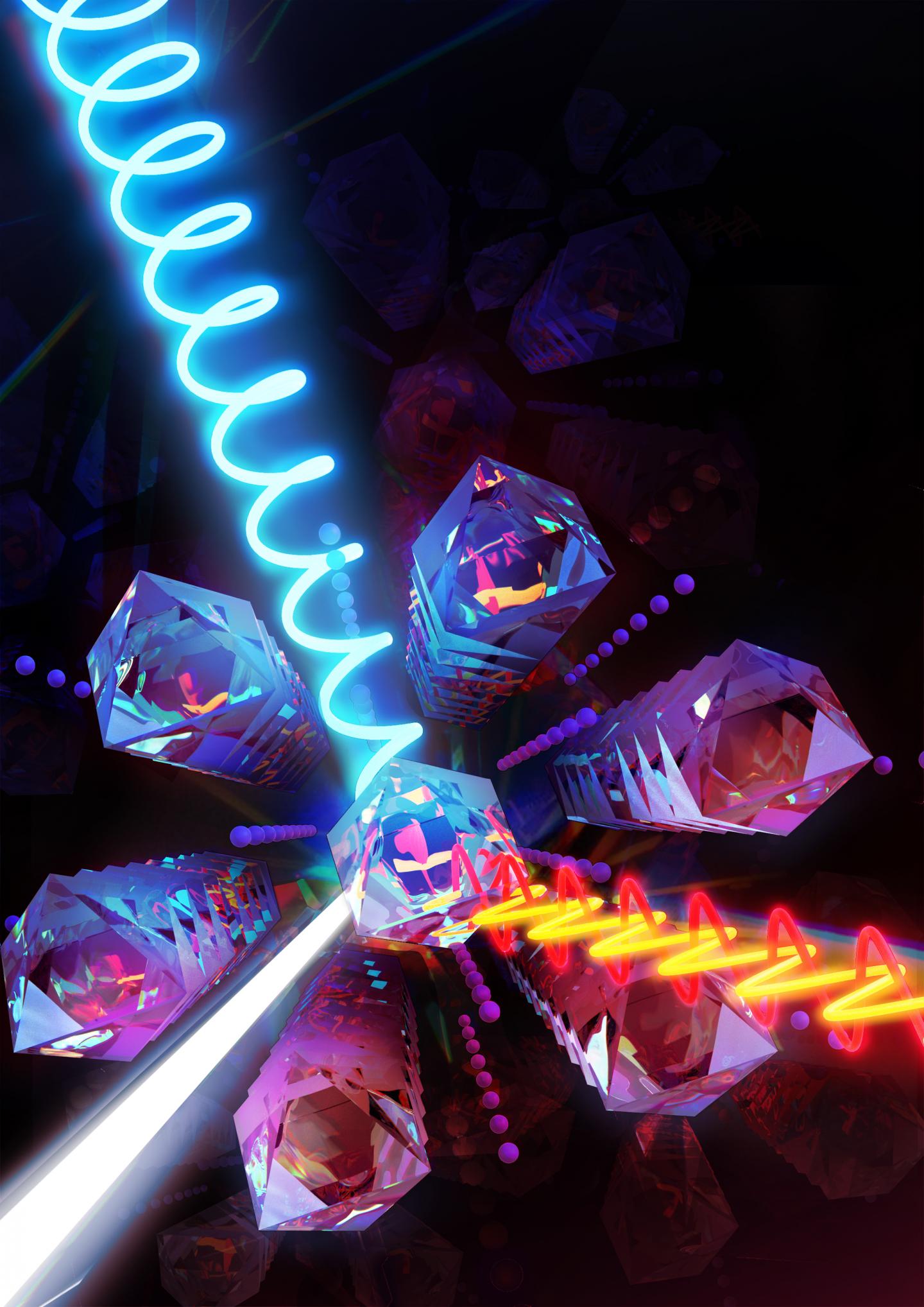 One of the leading challenges for autonomous vehicles is to ensure that they can detect and sense objects–even through dense fog. Compared to the current visible light-based cameras, infrared cameras can offer much better visibility through the fog, smoke or tiny particles that can scatter the visible light.

Within the air, infrared light –within a specific range called mid-wave infrared– scatter much less compared to other visible or other infrared light waves. Infrared cameras can also see more effectively in the dark, when there is no visible light. However, currently the deployment of infrared cameras is limited by their heavy cost and scarcity of effective materials. This is where materials, which possess unique optical properties in the infrared and can be scalable, might make a difference in providing better object identification in several technologies including autonomous vehicles.

A new material developed by scientists at the USC Viterbi School of Engineering and the University of Wisconsin along with researchers from Air Force Research Laboratories, University of Missouri, and J.A. Woollam Co. Inc, might show promise for such infrared detection applications as autonomous vehicles, emergency services and even manufacturing.

The research group of Jayakanth Ravichandran, an assistant professor of materials sciences at the USC Viterbi School of Engineering has been studying a new class of materials called chalcogenide perovskites. Among these materials is Barium titanium sulfide (BTS), a material rediscovered and prepared in large crystal form by Shanyuan Niu, a doctoral candidate in the Materials Science program at the USC Mork Family Department of Chemical Engineering and Materials Science. Ravichandran’s research group collaborated with the research groups of Mikhail Kats, an assistant professor of electrical and computer engineering at University of Wisconsin-Madison and Han Wang, an assistant professor of electrical engineering and electrophysics in USC’s Ming Hsieh Department of Electrical Engineering to study how infrared light interacts with this material. These researchers discovered that this material interacted differently with light in two different directions.

“This is a significant breakthrough, which can affect many infrared applications,” says Ravichandran.

This direction dependent interaction with light is characterized by an optical property called birefringence. In simple terms, birefringence can be viewed as light moving at different speeds in two directions in a material. Much like sunglasses with polarized lenses block glare, BTS has the ability to block or slow down light depending on the direction in which it travels in the material. The researchers maintain that their material, barium titanium sulfide, has the highest birefringence among known crystals.

“The birefringence is larger than that of any known solid material, and it has low losses across the important long-wave infrared spectrum,” says Kats.

How BTS could improve infrared vision:

The BTS material can be used to construct a sensor to filter out certain polarizations of light to achieve better contrast of the image. It could also help filter light coming from different directions to enable sensing of a remote object’s features. This could be particularly important for improving infrared vision used in autonomous vehicles, which need to see the entire landscape around them even in low visibility conditions.

“The hope is that in the future, a BTS-enhanced sensor in a car would function as retinas do to the human body,” says Niu.

The authors believe these infrared-responsive materials can extend human perception. Beyond autonomous vehicles, there are other possible heat sensing or temperature measurement applications. One application could be in the creation of imaging tools used by firefighters to generate an instant temperature map outside a burning building to assess where a fire is spreading and where emergency responders need to rescue trapped individuals.

At present, the cost of infrared equipment makes it too expensive for all fire stations to have such equipment. BTS, which is made of elements readily abundant in earth crust–could make infrared equipment more affordable and effective. In addition, such materials are safer for the user and the environment, as well as easier to dispose of than the materials that are used now, which contain hazardous elements such as mercury and cadmium.

These materials could also be useful in devices that sense harmful molecules, gases, even biological systems. The applications range from heat sensing, pollution monitoring to medicine.

“To date, the constraint of existing mid-IR materials is a big bottleneck to translate many of these technologies,” says USC’s Wang.

The researchers hope that intense research in this area will make several of these technologies a reality in the near future.

The research on BTS is documented in “Giant optical anisotropy in a quasi-1D crystal” featured in Nature Photonics.