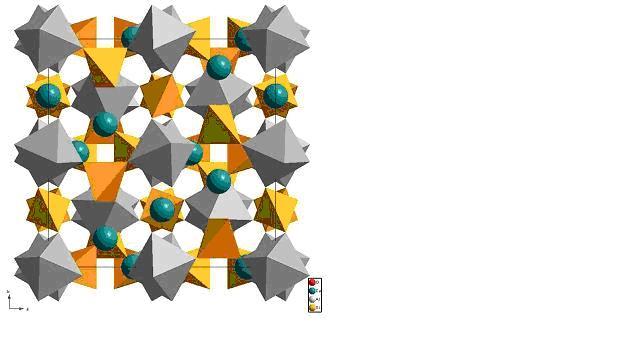 Joint research efforts of a team of scientists at Lobachevsky University of Nizhny Novgorod (UNN) comprising chemists, physicists and engineers are currently focused on solving the problems of handling plutonium and minor actinides (MA) accumulated over many years. To this end, they are studying composite ceramics-ceramics (Cer-Cer) and ceramics-metal (CerMet) materials on the basis of mineral-like compounds (in particular, garnet minerals). Lobachevsky University researchers believe that the optimal solution of the problem is to create high-density ceramic composite inert fuel matrices (IMF) for burning plutonium and transmuting minor actinides.

Ludmila Golovkina, Head of the UNN Solid State Chemistry Laboratory, notes that along with all their advantages from the point of view of applications in nuclear power engineering, mineral-like garnet-based ceramics have some drawbacks, including their low thermal conductivity and low fracture toughness. The former drawback may lead to additional temperature increase from radiogenic heat which results in lower chemical stability. The latter induces microfracturing, which creates open surfaces and reduces chemical (hydrolytic) stability of ceramics.

“In this regard, the idea of creating “ceramics-ceramics” and “ceramics-metal” composites seems very promising. With the right choice of components in such a material, the second phase (ceramic or metallic) could provide both an increase in thermal conductivity and an increase in fracture toughness,” Ludmila Golovkina explains.

Within the framework of the Russian Science Foundation grant No.16-13-10464 “Promising ceramic mineral-like materials with improved and adjustable service characteristics: development, synthesis, study”, a team of researchers under the supervision of Dr. Albina Orlova, professor of the Department of Solid State Chemistry and lead researcher of the UNN Physics and Technology Research Institute, has produced and studied fine-grained composites based on Y2.5Nd0.5Al5O12 garnet with additives including highly heat-conductive metals (nickel, molybdenum, tungsten) and silicon carbide having a low neutron capture cross section. To simulate the presence of americium and curium in the ceramic composition, they used neodymium that was incorporated in the yttrium-aluminum garnet.

According to Professor Albina Orlova, a new chemical and metallurgical method was developed and applied to deposit thin metal layers on the surface of synthesized submicron garnet particles, while high-speed spark plasma sintering was used to sinter the powdered materials and to produce the ceramics. It is a promising way for producing ceramics and composites by heating powders at a high rate, passing high-power (up to 5000 A) millisecond DC pulses and simultaneously applying the required pressure.

“Lobachevsky University scientists have studied in detail the features of high-speed multistage sintering of such composites. It was shown that the process of sintering composites consists of two stages: at the first stage, the densification process is associated with the plastic flow of the material, and at the second stage, it occurs due to the diffusion in the garnet crystal lattice,” Albina Orlova notes.

“Thus, we can ensure high hardness and fracture toughness of composites, as well as their high thermophysical properties, in particular, thermal conductivity in the temperature range close to the temperatures that these materials will experience when used in new fast neutron reactors. All other things being equal, this will reduce the probability and intensity of destruction of the ceramics in the process of reactor operation”, – Albina Orlova concludes.

The next step in this work will be to study the new composites’ radiation stability and their resistance to thermal shock. Thus, the research team will come even closer to developing a fundamentally new method for producing fuel for fast neutron reactors and to solving the problem of immobilization of highly radioactive waste components by isolating them securely from the biosphere.