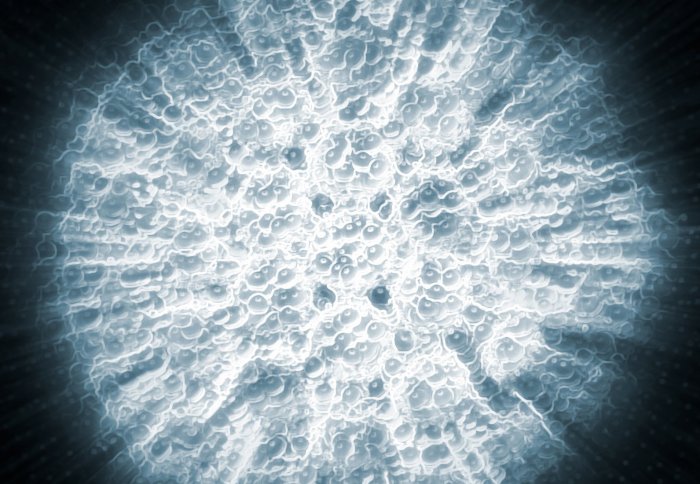 Researchers have modelled the actions of electrons under extreme temperatures and densities, such as those found within planets and stars.

The work could provide insights into the behavior of matter in fusion experiments, which may one day lead to a sought-after source of clean energy.

Electrons are an elementary component of our world and determine many of the properties of solids and liquids. They also carry electrical current, without which our high-tech environment with smartphones, computers and even light bulbs would not be possible.

Despite their ubiquity, scientists have not yet been able to accurately describe the behaviour of large numbers of interacting electrons.

This is especially true at extreme temperatures and densities, such as inside planets or in stars, where the electrons form ‘warm dense matter’. Scientists have plenty of approximate models to choose from, but little idea of their accuracy or reliability.

Now, a research team comprising groups from Imperial College London, Kiel University, and Los Alamos and the Lawrence Livermore National Laboratories in the US, has succeeded in describing electrons under these extreme conditions by means of accurate simulations.

Their research findings, which solve a decades-old problem in physics, are published in the journal Physical Review Letters.

Professor Matthew Foulkes, from the Department of Physics at Imperial, said: “It took five years and a team of scientists from three countries to develop the new techniques necessary to describe warm dense matter accurately.

“Now, at last, we are in a position to carry out accurate and direct simulations of planetary interiors; solids under intense laser irradiation; laser-activated catalysts; and other warm dense systems.

“This is the beginning of a new field of computational science.”

How electrons behave on a ‘large scale’ – for example the relation between electrical voltage, resistance and current – is often easy to describe. On a microscopic level, however, the electrons in liquids and solids behave differently, according to the laws of quantum mechanics.

These electrons behave like a quantum mechanical ‘gas’, which can only be understood by solving the complicated mathematical equations of quantum theory.

In the past, simulations were only able to describe the electron gas at very low temperature. Recently, however, there has been growing interest in matter under extreme conditions – ten thousand times warmer than room temperature and up to a hundred times denser than conventional solids.

In nature, this warm dense matter occurs inside planets, including the Earth’s core. It can also be created experimentally in a laboratory, for example by targeted shooting of solid matter with a high-intensity laser, or with a free electron laser such as the new European XFEL in Hamburg.

Warm dense matter is also relevant for experiments with inertial confinement fusion, where fuel pellets are put under extreme pressure. This can cause chain reactions that could provide a virtually unlimited source of clean energy in the future.

Earlier theories of warm dense matter behaviour used models based on approximations that are difficult to verify. However, by using sophisticated computer simulations in this latest work, the physicists are now able to precisely solve the complex equations that describe the electron gas.

The team have achieved the first complete and final description of the thermodynamic properties of interacting electrons in the range of warm dense matter. Professor Michael Bonitz, professor of theoretical physics and head of the Kiel research team, said: “These results are the first exact data in this area, and will take our understanding of matter at extreme temperatures to a new level.”

“Amongst other things, the 40-year-old existing models can now be reviewed and improved for the first time.”

The team hope the extensive data sets and formulas built up in the project will be important for comparison with experiments and will provide input into further theories, helping other scientists in their research.