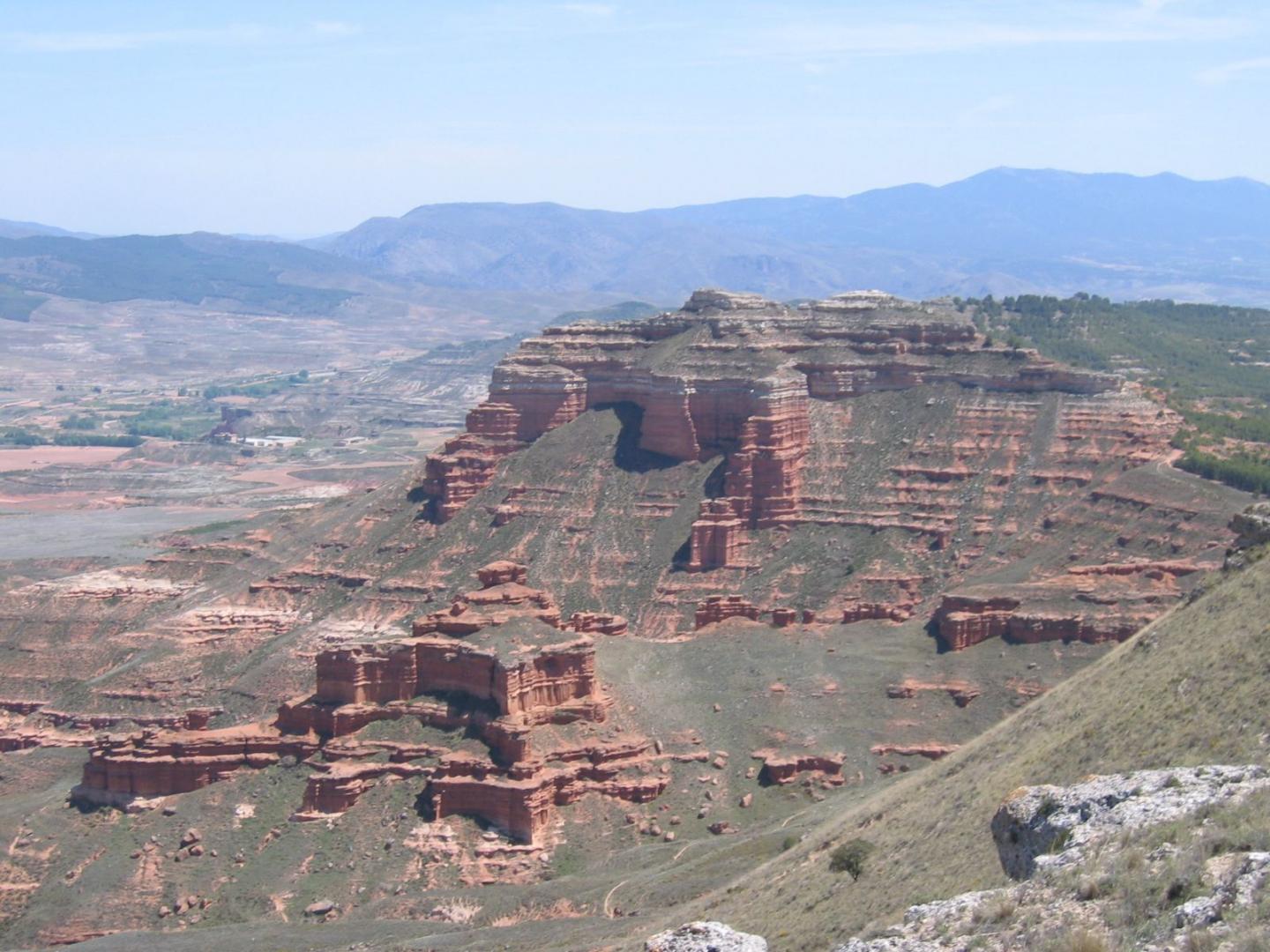 As the Earth’s surface and atmosphere warm, the amount of moisture – water vapour – in the atmosphere will increase. Understanding the size of this increase is important for predicting future climates as water vapour is a significant greenhouse gas. Atmospheric moisture content also influences the patterns and intensity of rainfall events.

The relationship between temperature and moisture content can be explored by the study of intervals in Earth’s history when climates where significantly warmer than those seen in modern times, which necessitates a method for estimating ancient atmospheric moisture content.

Dr Yvette Eley, from the University of Birmingham, explained, “If we want to understand how the Earth would work with a climate substantially warmer than today, we have to study intervals millions of years in the past – made difficult because these warm climates are much older than our oldest climate records from Antarctic ice cores (less than one million years old).”

To try and understand climate properties related to the atmosphere – like rainfall and atmospheric moisture content – in such ancient times is very challenging. Existing methods, using calcium carbonate concretions that form in soils, or the chemistry of fossilised mammal teeth, are both hampered by their relative rarity in ancient sediments.

Dr Eley added, “Our new approach to quantifying ancient atmospheric moisture content relies on the fundamental properties of plant leaves, and how they alter their protective waxy coverings in response to water stress. These leaf waxes are tough and resistant, and are regularly found as what we call biomarker compounds in ancient river, lake and even marine sediments.”

A method of estimating ancient moisture content based on these plant wax compounds overcomes the limitations of other methods because plant waxes are commonly found in soils and sediments stretching back tens or even hundreds of millions of years and across many environments.

The validity of this new tool was proven in studies of modern soils across the US and Central America, carried out by the research team of Associate Professor Michael Hren in the Center for Integrative Geosciences at the University of Connecticut. These studies showed a clear relationship between the chemistry of these waxy compounds and the amount of moisture in the atmosphere.

“What we see is that the distribution of organic compounds preserved in soils seems to be strongly related to the difference between how much water is in an air mass, and how much the air mass can hold, or what is known as the vapour pressure deficit,” says Dr Hren.

Eley and Hren then applied their new proxy to reconstruct atmospheric moisture content in Central Spain during an interval 15 to 17 million years ago.

Although consistently much warmer than pre-industrial conditions, this interval marks one of the cooling steps that led to the development of the modern world. The new data confirms the expectations of climate models, that atmospheric cooling is coupled to less atmospheric moisture. The reconstructed changes in atmospheric moisture also align with results from other independent proxies used to investigate changes in temperature and rainfall in the region.

Dr Eley said, “This gives us the confidence that our proxy works, and we have every reason to believe that it will do so for future exploration into the even deeper past. We hope the results of this exploration will provide direct data to test our understanding of the relationship between global warming, atmospheric moisture content and rainfall systems.”