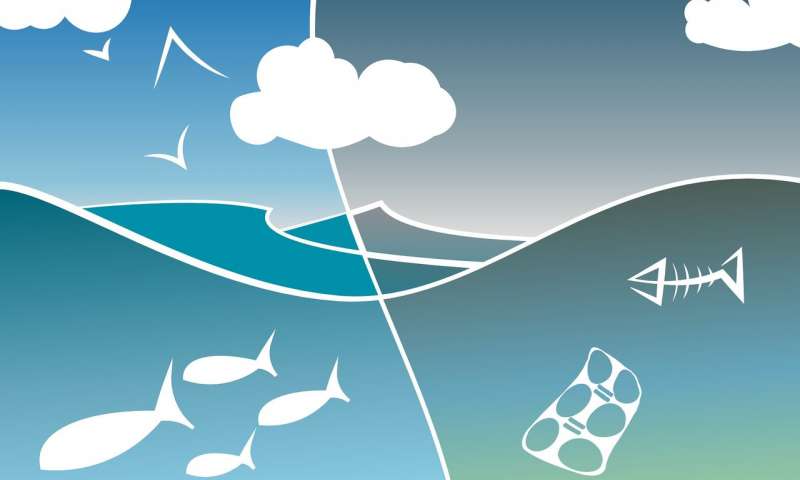 Understanding the many factors that have played into shaping the biodiversity within Earth’s ecosystems can be daunting. In a major step to that end, an international team of researchers built a computer simulation that takes into account many of the fundamental factors that drive evolutionary adaptation and extinction.

Their study, published on July 20th in Science, brings us closer to knowing the complex interactions between topography and climate change, and how these factors influence the evolutionary histories and biodiversity of species in natural ecosystems.

“We had hoped to be able to model in the simulation the most fundamental processes that shape the geography of life on Earth,” says Robert Colwell, emeritus professor of ecology and evolutionary biology at the University of Connecticut, who led the research with Brazilian colleague Thiago F. Rangel, in collaboration with Neil Edwards and Philip Holden in the UK.

To find these answers, the researchers looked to the most climatically and biologically diverse continent on earth, South America, to develop and test their model. As the Andes mountain range began to develop 25 million years ago, it created a varied landscape that would give rise to a rich biodiversity, and the perfect setting to study the ecology and evolution of biodiversity.

“The Andes are the longest mountain range on Earth, and the only trans-tropical one. They sit right beside the Amazon, the planet’s largest tropical rainforest and river basin. This is the reason South America has such exuberant biodiversity”, says Rangel.

Collaborators at The Open University built a model of the ancient climate of South America. Combining conventional and statistical approaches to climate modeling, the researchers were able to model, for the first time, the changing climate in detail over hundreds of millennia, far longer than would otherwise have been possible. The model spans a time scale of 800,000 years, to the earliest ice-core records, and estimates temperature and precipitation at 500-year intervals during repeated cycles of glaciation and thawing in a period called the late Quaternary climate cycles.

Speciation, or the evolution of new species from ancestral species, is a process made complicated by various factors, such as the changing climate, geographical, and topographical features. These factors can all lead to the splitting or isolation of populations and the establishment of new species. Over time, new species arise, persist, expand to new areas, or go extinct, and the reasons as to why any of those events occur are not always clear.

Through computer simulation, the team was able to estimate the lifetime trajectory of species, starting with origination and ending at one of three points: when the species splits into daughter species, when the species ended in extinction, or the species persisted.

At each time step of the simulation, the geographical range—the location—of each species was recorded. The team found that the trajectories were driven by the glacial cycles, leading to episodes of origination and extinction caused by changes in species ranges in the complex topography of the continent, allowing the researchers to map cradles and graves of diversity.

Surprisingly, the model was able to reproduce maps of biodiversity that closely resemble maps of present-day species of birds, mammal, and plants, despite accounting for only the most fundamental of processes and having no specific target pattern of biodiversity, according to Colwell.

“The majority of living species in South America are more ancient than 800,000 years, but our results suggest that even the ancient species have been moved around in the same way as younger species, all contributing the same patterns of species richness,” says Colwell.

The researchers think the most likely explanation is the strong influence of changing climate during the glacial cycles, as it interacts with the topography of the landscape. Changes in temperature and precipitation will have profound impact on species ranges, fragmenting, shuffling, and eliminating ranges, regardless of the species’ age.

“Our results demonstrate how intimately the evolution of life depends on the changing physical environment,” says Neil Edwards of The Open University modeling team.

This model comes at a crucial time, one of unprecedented climate change. While the simulation is based on a different time period, it shows the dynamic power of climate change and the ways it shapes life on Earth.

“The current pace of human driven climate change is much, much faster than anything in our model, but the same processes are happening in terms of species‘ range shifts today,” says Colwell.