When it comes to nearly all biological measurements, the ranges of many of the parameters of interest are orders-of-magnitude below those with which many engineers are familiar. Instead of megahertz or even kilohertz, the living-creature world is in the single or double-digit hertz range, such as the roughly 60+ beats per minute (BPM) for a typical human heart, the millivolt and microvolt level of cardiac and nerve signals, and the picoamp and femtoamp current flows.

Pressure and fluid flow values are also in “way down there” regions (Figure 1). Consider the average range of systolic blood pressure, typically in the range of 100 to 150 mmHg. That corresponds to a modest two to three pounds/square inch (psi) or roughly 15 to 20 kilopascals (kPa; 1 Pascal = a force of one newton per square meter). Flow rates (velocities) are also very low, in the millimeters/second and even micrometers/second region. Further, it is difficult to model the flow rate/volume with accuracy since the “walls” of the “pipes” are flexible and expand/contract with each beat, and the blood-vessel valves make the flow turbulent rather than laminar. 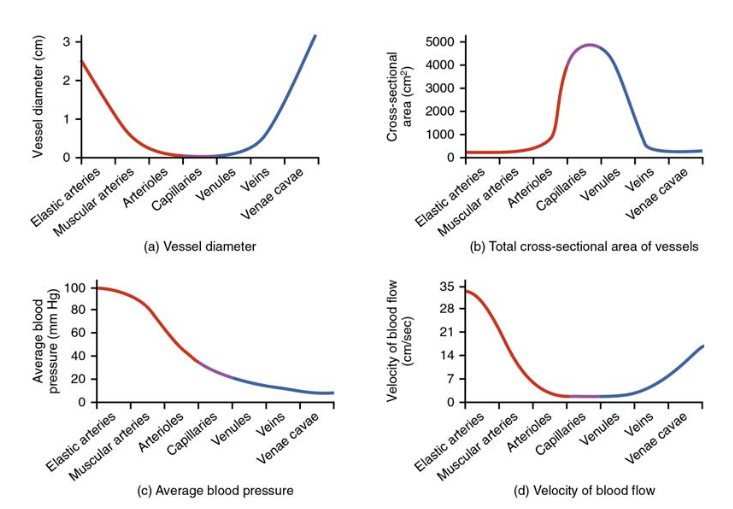 Fig 1: The relationships among blood vessels that can be compared include (a) vessel diameter, (b) total cross-sectional area, (c) average blood pressure, and (d) velocity of blood flow. (Image: Lumen Learning)

These low values challenge sensor engineering, especially when looking for acceptable resolution despite ambient and unavoidable physical noise and dynamics. Adding to the challenge is the small transducer size needed for many “in place” sensing situations, such as with blood vessels ranging from relatively larger arteries down to smaller veins and even capillaries (Figure 2). 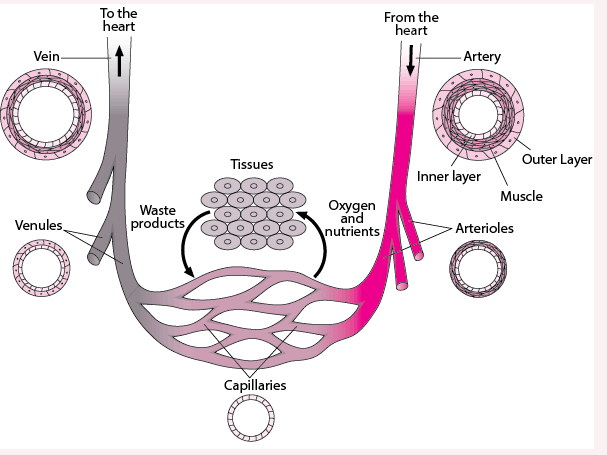 Among the techniques used for low-flow rate sensing are non-contact ultrasonic Doppler velocity schemes, but it is difficult to focus the ultrasonic energy on the specific location of interest, especially as this energy diffuses as it passes through tissue. Other sensors use the triboelectric effect (related to static electricity) but these present a dilemma: such a sensor appears relatively large and intrusive when set in place (several cubic millimeters in a nanowire array) yet that size is still very small so its minuscule output which is often buried under electrical and motion noise. The shortcomings of existing approaches and the need for micro- and nano-level sensing in general – and especially for biology settings – is driving research into better sensors which work well at these levels and which will also be compatible with test-subject scenarios.

Now, a research team at the University of Massachusetts (Amherst) has devised and tested a high-performance graphene-based nanosensor which is easy to electrically interface. Also important, their long-term tests show negligible drift in sensor performance, another important factor which often compromises the utility of sensors in fluid-contact situations. The work was funded in part by the U.S. Department of Defense’s Air Force Office of Scientific Research.

This part of the three-part articles looked at the basic issues related to sensing nanoflows such as in blood vessels. The next part looks at graphene, which makes this new nanoflow sensor possible.