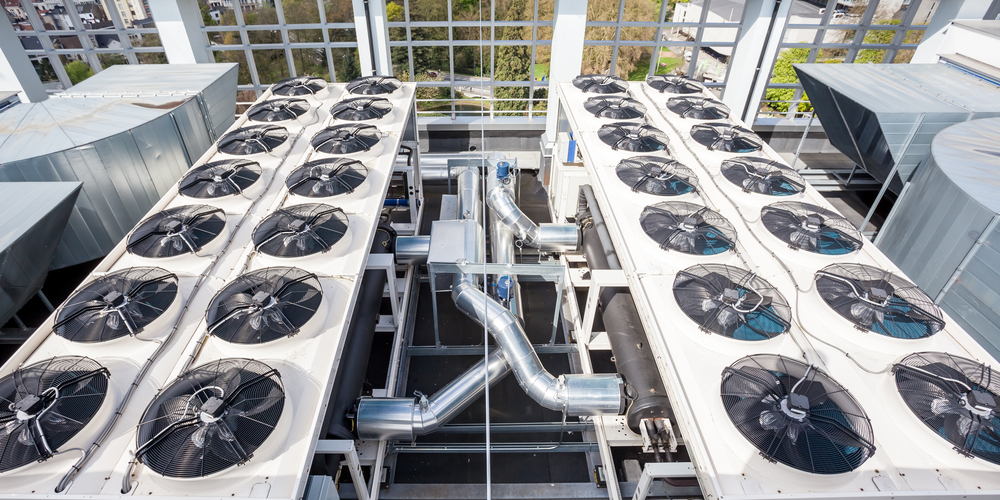 Researchers from the UK and Spain have identified an eco-friendly solid that could replace the inefficient and polluting gases used in most refrigerators and air conditioners.

When put under pressure, plastic crystals of neopentylglycol yield huge cooling effects – enough that they are competitive with conventional coolants. In addition, the material is inexpensive, widely available and functions at close to room temperature. Details are published in the journal Nature Communications.

The gases currently used in the vast majority of refrigerators and air conditioners –hydrofluorocarbons and hydrocarbons (HFCs and HCs) — are toxic and flammable. When they leak into the air, they also contribute to global warming.

“Refrigerators and air conditioners based on HFCs and HCs are also relatively inefficient,” said Dr Xavier Moya, from the University of Cambridge, who led the research with Professor Josep Lluís Tamarit, from the Universitat Politècnica de Catalunya. “That’s important because refrigeration and air conditioning currently devour a fifth of the energy produced worldwide, and demand for cooling is only going up.”

To solve these problems, materials scientists around the world have sought alternative solid refrigerants. Moya, a Royal Society Research Fellow in Cambridge’s Department of Materials Science and Metallurgy, is one of the leaders in this field.

In their newly published research, Moya and collaborators from the Universitat Politècnica de Catalunya and the Universitat de Barcelona describe the enormous thermal changes under pressure achieved with plastic crystals.

Conventional cooling technologies rely on the thermal changes that occur when a compressed fluid expands. Most cooling devices work by compressing and expanding fluids such as HFCs and HCs. As the fluid expands, it decreases in temperature, cooling its surroundings.

With solids, cooling is achieved by changing the material’s microscopic structure. This change can be achieved by applying a magnetic field, an electric field or through mechanic force. For decades, these caloric effects have fallen behind the thermal changes available in fluids, but the discovery of colossal barocaloric effects in a plastic crystal of neopentylglycol (NPG) and other related organic compounds has levelled the playfield.

Due to the nature of their chemical bonds, organic materials are easier to compress, and NPG is widely used in the synthesis of paints, polyesters, plasticisers and lubricants. It’s not only widely available but also is inexpensive.

NPG’s molecules, composed of carbon, hydrogen and oxygen, are nearly spherical and interact with each other only weakly. These loose bonds in its microscopic structure permit the molecules to rotate relatively freely.

The word “plastic” in “plastic crystals” refers not to its chemical composition but rather to its malleability. Plastic crystals lie at the boundary between solids and liquids.

Compressing NPG yields unprecedentedly large thermal changes due to molecular reconfiguration. The temperature change achieved is comparable with those exploited commercially in HFCs and HCs.

The discovery of colossal barocaloric effects in a plastic crystal should bring barocaloric materials to the forefront of research and development to achieve safe environmentally friendly cooling without compromising performance.

Moya is now working with Cambridge Enterprise, the commercialisation arm of the University of Cambridge, to bring this technology to market.