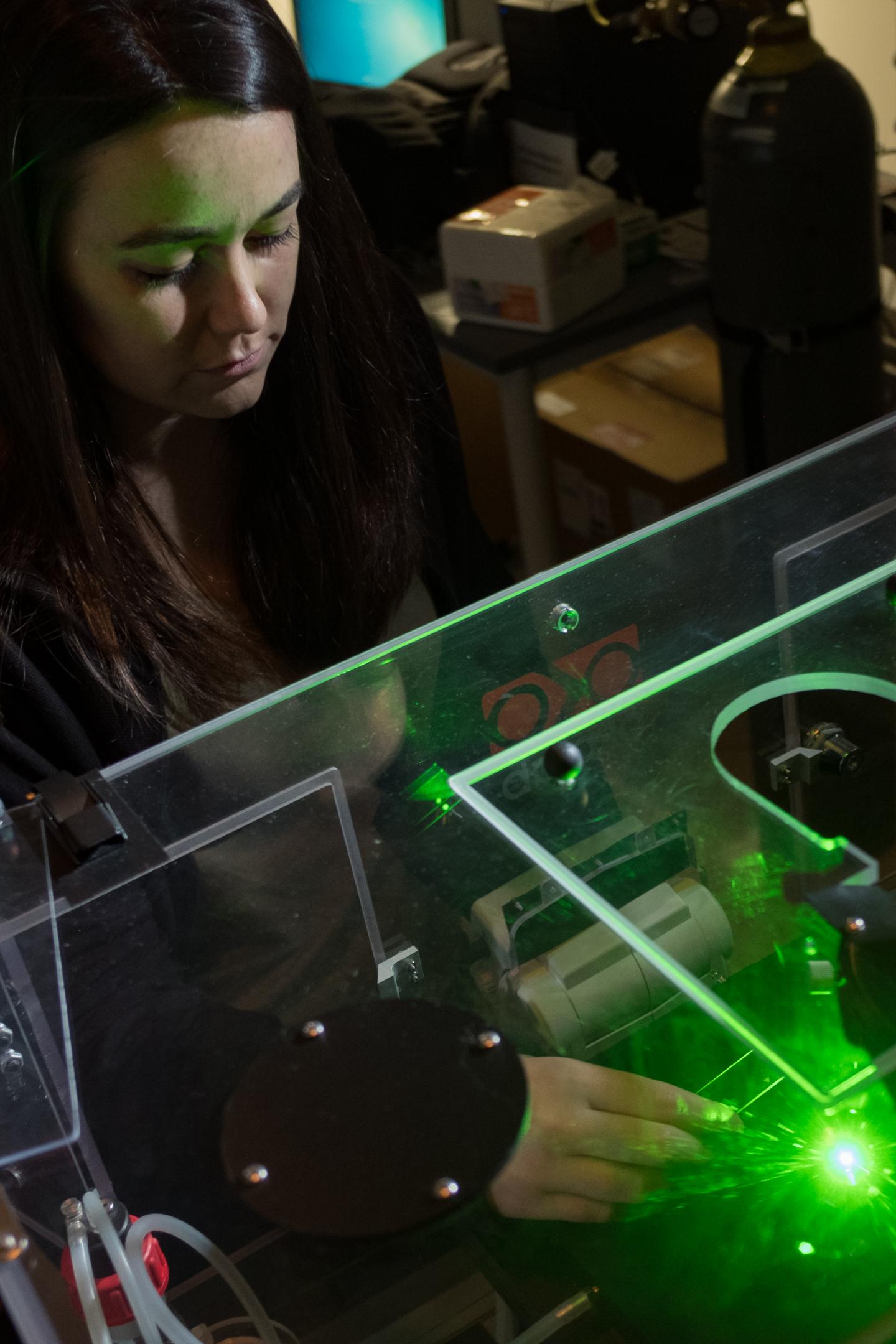 A hydrogel invented at Rice University that is adept at helping the body heal may also be particularly good at treating wounds related to diabetes.

The study appears this week in the American Chemical Society journal ACS Biomaterials Science and Engineering.

The multidomain peptide (MDP) hydrogel known by its amino acid sequence - K2(SL)6K2 - has in a recent study proven useful for the timed release of immunotherapy drugs. It has also been shown to encourage healing all by itself.

That quality may be useful for people with diabetes mellitus who often develop chronic wounds in their lower extremities that take longer to heal than normal wounds.

"This is particularly exciting because the study shows our material has an effect that's positive and better than things that are already out there," Hartgerink said. "This has been a long time coming."

He said the typical treatment for a diabetic foot ulcer has not changed much over the last century.

"The current gold standard of treatment is to debride the wound, which means to remove necrotic tissue. The wound is washed, bandaged and patients are told to keep pressure off the foot," said Nicole Carrejo, a Rice graduate student and the paper's lead author. "Various treatments and materials may be tried, but oftentimes, everything fails, which can lead to amputation."

The researchers reported that Rice's MDP hydrogel significantly accelerated the healing of wounds in genetically diabetic rodents. Treatment led to wound closure in 14 days, the formation of thick granulation tissue, including dense growth of blood vessels and nerve cells, and the regeneration of hair follicles.

They compared their results with a control group treated with a commercial hydrogel that required twice as long to reach the same degree of wound closure. "Unlike our MDP hydrogel, the control hydrogel does not get infiltrated by cells," Carrejo said. "Although the control results in the healing of wounds, we believe cellular infiltration of our MDP helps lead to the acceleration of wound healing."

Hartgerink hopes to move the hydrogel toward clinical trials as a material rather than a drug to ease the federal approval process. "That would make it much more practical to do a clinical trial," he said. "These preclinical experiments have been exciting enough to warrant that thought process."