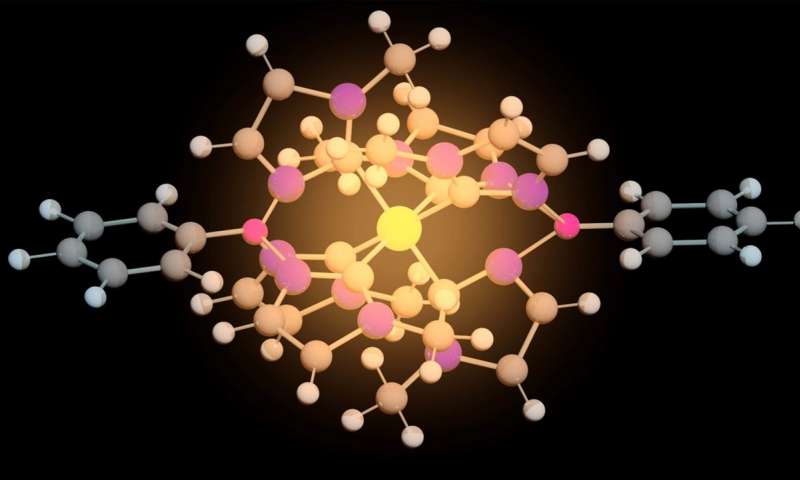 A newly discovered iron molecule could potentially replace the more expensive and rare metals used to produce fuel and electricity with photocatalysts and solar cells.

Both solar cells and photocatalysts are based on technology that involves molecules that contain metals called metal complexes, which absorb solar rays and utilize their energy. However, the metals used in metal complexes are often rare and expensive metals like ruthenium, osmium and iridium.

“Our results now show that by using advanced molecule design, it is possible to replace the rare metals with iron, which is common in the Earth’s crust and therefore cheap,” chemistry professor Kenneth Wärnmark of Lund University in Sweden, said in a statement.

After an extensive search for alternative metals to replace the expensive metals used, the researchers zeroed on iron, which represents 6 percent of the Earth’s crust and is significantly easier to source.

While the researchers previously proved they could produce iron-based molecules whose potential can be used in solar energy applications, the new molecule also includes the ability to capture and utilize the energy of solar light for a sufficiently long time for it to react with another molecule.

The new iron-based molecule also glows long enough to allow researchers to see iron-based light with the naked eye at room temperature for the first time.

“The good result depends on the fact that we have optimized the molecular structure around the iron atom,” Petter Persson of Lund University, said in a statement.

The new iron molecule could be ultimately used in new types of photocatalysts for the production of solar fuel—either as hydrogen through water splitting or as methanol from carbon dioxide. The new findings will also open up other potential areas of application for iron molecules including as materials in light diodes.