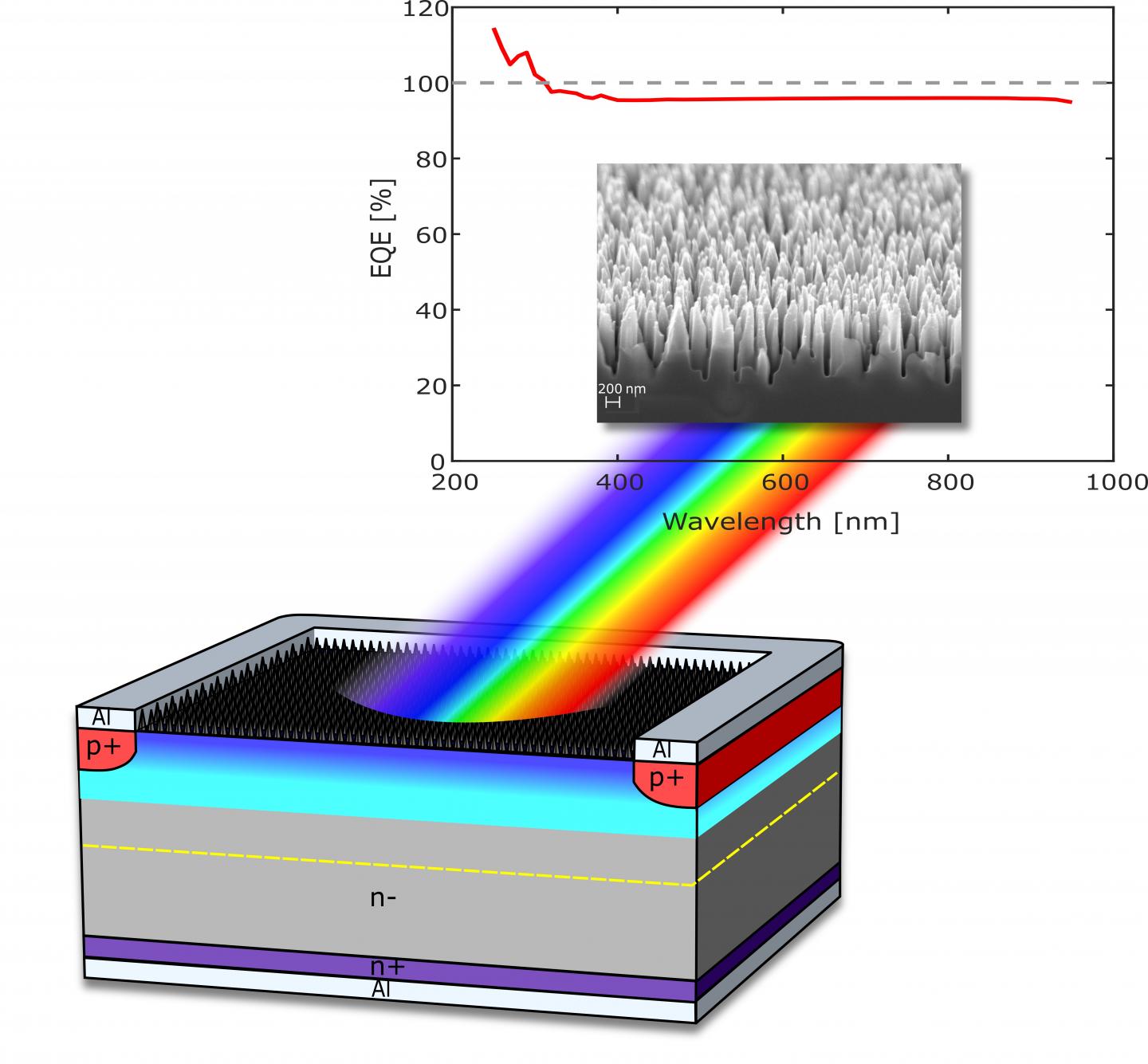 Structure and performance of the novel photodetector. Source: Aalto University

The research team led by Professor Hele Savin has developed a new light detector that can capture more than 96 percent of the photons covering visible, ultraviolet and infrared wavelengths.

“Present-day light detectors suffer from severe reflection losses as currently used antireflection coatings are limited to specific wavelengths and a fixed angle of incidence. Our detector captures light without such limitations by taking advantage of a nanostructured surface. Low incident angle is useful especially in scintillating x-ray sensors”, Savin explains.

“We also addressed electrical losses present in traditional sensors that utilize semiconductor pn-junctions for light collection. Our detector does not need any dopants to collect light – instead we use an inversion layer generated by atomic layer deposited thin film.”

The new concept for light detection kindled from the team’s earlier research on nanostructured solar cells. Indeed, the nanostructure used in the light detector is similar to that used by the team a couple of years ago in their record-high efficiency black silicon solar cells.

The team has filed a patent application for the new light detector. The prototype detectors are currently being tested in imaging applications related to medicine and safety. The team is also continuously seeking new applications for their invention, especially among the ultraviolet and infrared ranges that would benefit from the superior spectral response.