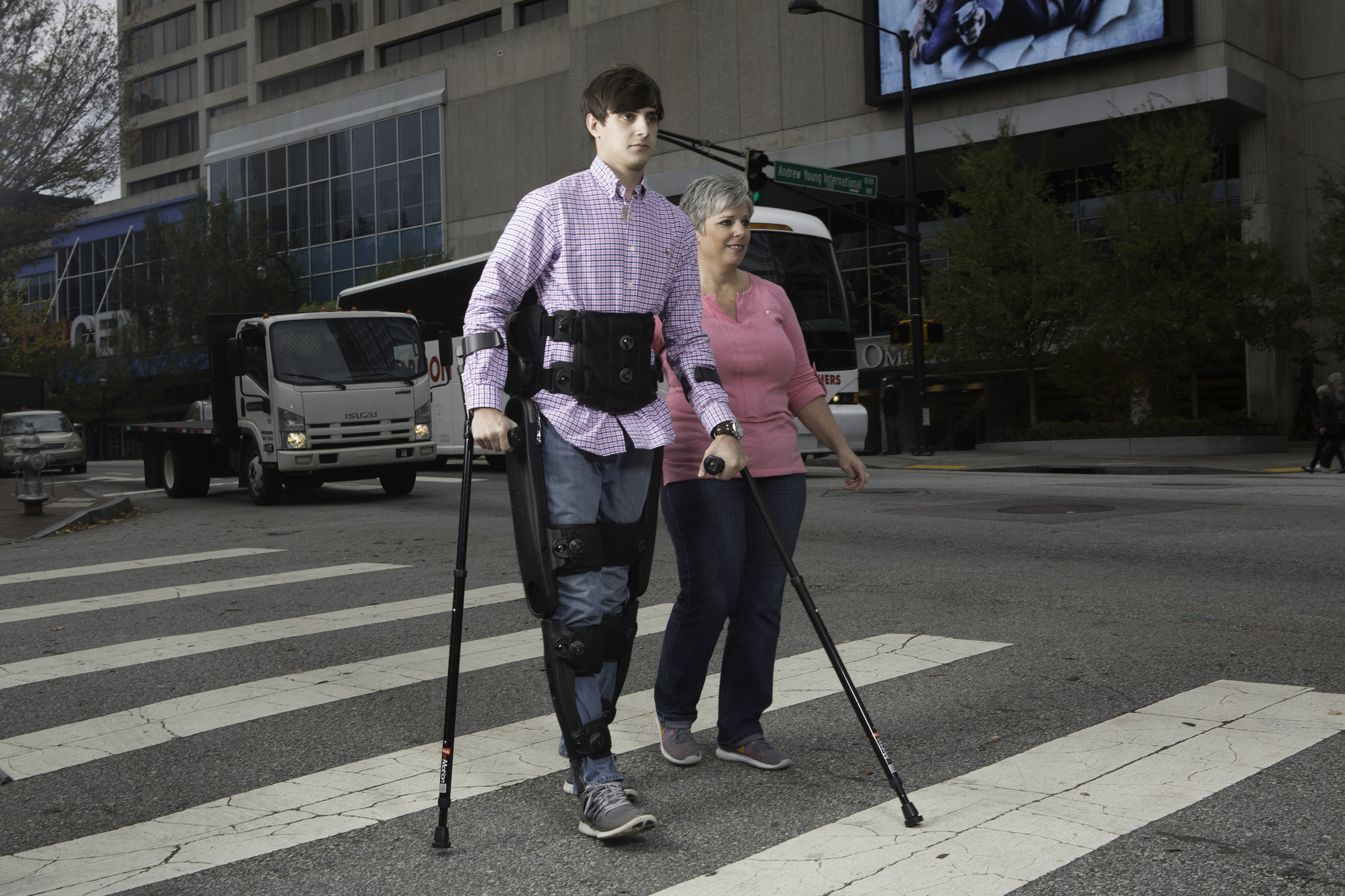 Everyday tasks like grocery shopping can be exceedingly difficult for those who have experienced a spinal cord injury and are confined to a wheelchair.

One innovation that can help this patient population is Indego Personal, an exoskeleton developed by Vanderbilt University researchers. The technology is significantly lighter than competing exoskeletons and its five pieces can be assembled independently by the user in minutes, even while they are seated in a wheelchair. The exoskeleton was a 2018 R&D 100 Award winner.

Michael Goldfarb, Ph.D., the H. Fort Flowers Professor of Mechanical Engineering at Vanderbilt, explained in an exclusive interview with R&D Magazine that providing independence was key when creating the 26-pound exoskeleton.

The technology can be utilized as both an assistive and therapeutic device.

The amount of robotic assistance adjusts automatically for users who have some control in their leg muscles, allowing them to use their own muscles to walk if possible. When a user is completely paralyzed, the exoskeleton does all the work.

“Somebody who has complete paralysis and is not going to recover the ability to walk, for them it is an assistive device,” Goldfarb said. “They have limited function and the idea is to provide function for them that they don’t have. For a different set of people, who do have the ability to recover, it is intended to be a therapeutic device where they could use it regularly and actually improve their functionality and for some sets of people to improve it enough to not require the device anymore.”

Another unique feature of the design is that it incorporates functional electrical stimulation, where small electrical pulses are applied to paralyzed muscles to cause them to contract and relax. This is known to improve circulation, change bone density and reduce muscle atrophy.

Each piece of the Indego exoskeleton comes in three different sizes: large, medium and small. The user is able to mix-and-match each piece based on their body shape.  For example, someone who is shorter but wider would likely have a large hip piece but a small thigh piece.

Indego straps tightly around the user’s torso, with rigid supports strapped to the legs, extending from the hip to the knee and from the knee to the foot. Both the knee and hip joints are driven by a computer controlled and battery powered electric motor. Users are able to balance themselves using the apparatus with walkers or forearm crutches.

“When you go from sitting to standing your body shape changes a little bit, so the straps need to be tightened and this has little ratchets that are operated one handed so a person can stand up independently, tighten their straps and go about their way,” Goldfarb said.

The researchers tested Indego on 50 different people suffering from spinal cord injuries. According to Goldfarb, most of the participants were able to snap on the exoskeleton in two to three minutes without outside assistance.

With the success of Indego Personal, the researchers have already developed a strictly therapeutic version that is heavier.

Indego represents 10 years of research after an initial grant from the National Institute of Child Health and Human Development jumpstarted the project. The Parker Hannifin Corporation purchased the exclusive license to market the design and commercialize the technology in 2012 and in 2016, the U.S. Food and Drug Administration approved the design for sale.

More information on the exoskeleton can be found at Indego.com.