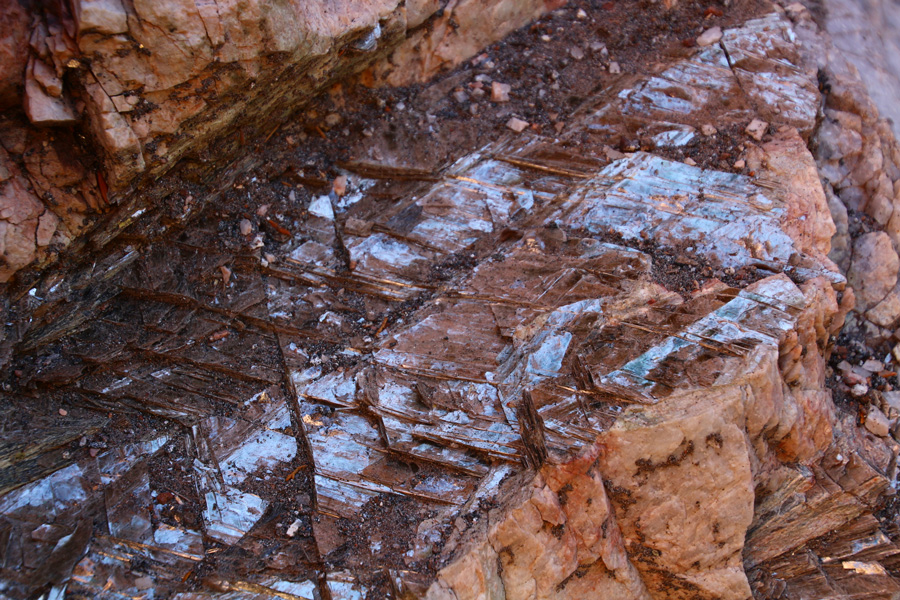 Researchers at Argonne looked at the dynamics of the transport of certain elements – especially rubidium – at the interface between water and mica, a flat transparent mineral pictured above. (Image by Beth Harvey/Shutterstock.)

In order to understand various environmental processes and learn to better address the effects of pollution, scientists have been interested in tracking the movement of elements through the environment, particularly at interfaces between water and minerals.

In a new study from the U.S. Department of Energy’s (DOE) Argonne National Laboratory, in collaboration with the University of Illinois and Chicago and the University of Delaware, chemists have been able to look at the interface between water and muscovite mica, a flat mineral commonly found in granite, soils and many sediments. In particular, the researchers looked at the capture and release of rubidium – a metal closely related to but more easily singled out than common elements like potassium and sodium.

According to Argonne chemist Sang Soo Lee, who led the study, the dynamics of the ion transport were largely controlled by electrostatic properties at the interface between the mica and the water. Essentially, the rubidium atoms “clung” to the mica’s surface similarly to how lint clings to clothing. The strength of the clinging behavior was determined mainly by how many water molecules were in between the mica’s surface and the rubidium – the fewer water molecules, the tighter the cling.

Lee and his Argonne colleague, chemist Paul Fenter, used Argonne’s Advanced Photon Source, a DOE Office of Science User Facility, to observe the activity of the rubidium using a technique called resonant anomalous X-ray reflectivity. This technique allows scientists to probe the position of a single element at an interface.

“Essentially, it’s like looking for a goldfinch in a tree, and using a technique that only shows you where yellow things are,” Fenter said.

By using the technique, the researchers were able to condense the timeframe it takes to measure the signal from the data. “Normally these data take hours to measure, but now we can have a time resolution of one or two seconds,” Fenter said.

Having a picture of the real-time dynamics of these kinds of interfaces give scientists a new view of how ions sense surfaces energetically. “If you think of our experiments like watching planes at an airport, then previously we were able to only know how many Boeings or Cessnas there were,” Lee said. “Now, we have a way to watch the planes actually take off and land.”

The research was funded by DOE’s Office of Science (Office of Basic Energy Sciences).