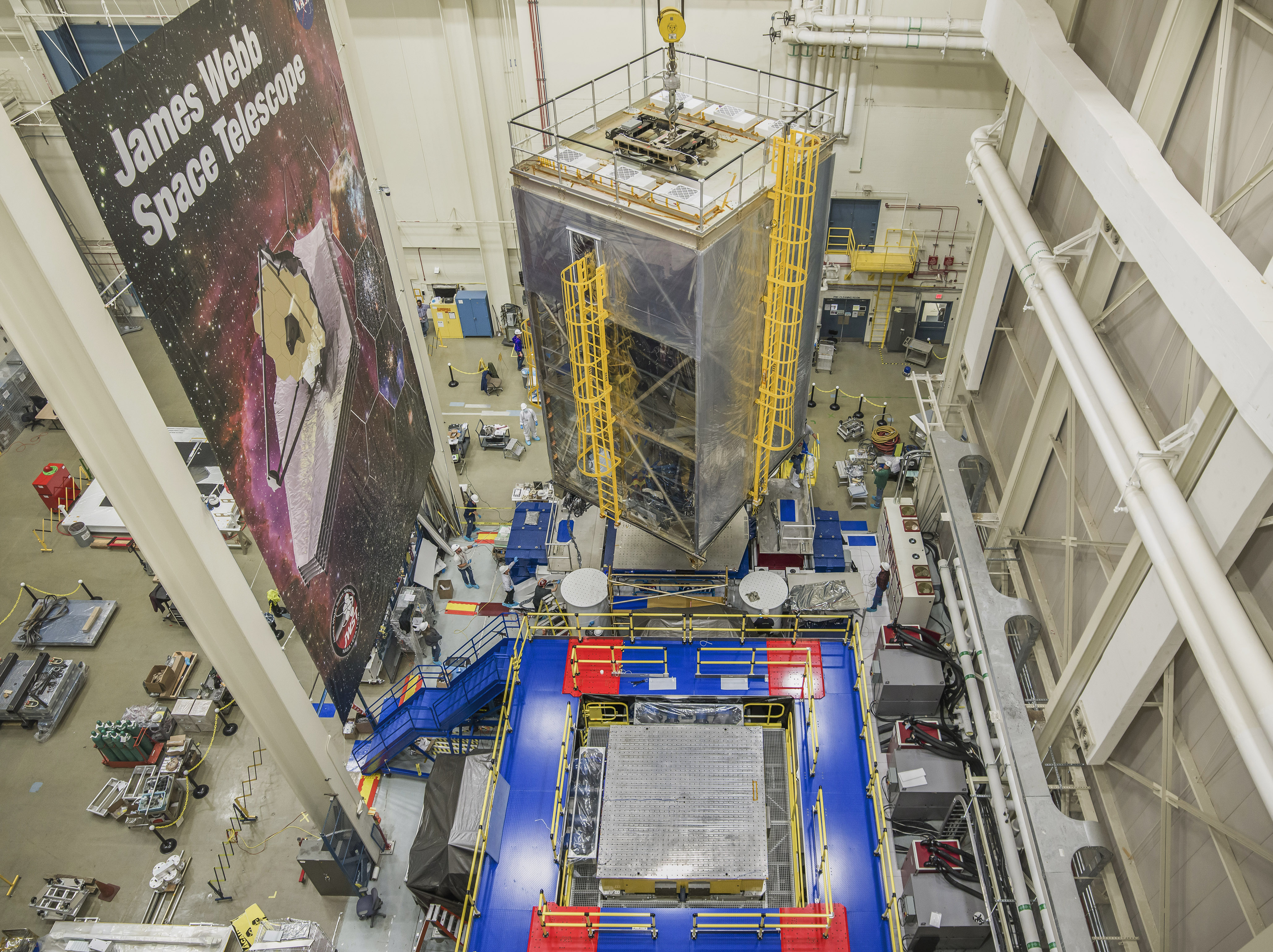 Scientists and engineers had many challenges in designing the components of NASA’s James Webb Space Telescope and then had to custom design and build ways to test it.

Because of the sheer size and scale of the assembled Webb telescope, some of the equipment typically used to test spacecraft simply doesn’t measure up. One of those is a “shaker table” that is used to shake satellites to ensure a spacecraft like Webb can withstand the shaking that comes with a ride into space on a rocket.

For Webb, the need for a new shaker system was a combination of things, including shaker force magnitude, the shaker table’s ability to handle the telescope’s highly offset center of gravity, and the need for a precision “smart” shaker control system — one that will automatically adjust shaker input levels based on test article responses, including an automatic ‘soft shutdown’ capability.  “No matter what facility anomaly might be experienced during testing (loss of power, loss of coolant, etc.), the Vibration Test System or VTS is designed to shut down ‘softly’ so as to avoid imparting potentially damaging loads,” Lawrence says. After vibration testing of the telescope is completed soon, the new VTS can be used to test other future large spacecraft.

To make sure it works properly before using it to test the flight telescope, engineers put the new shaker system through its paces with many practice runs over months, using a dummy mass to represent the telescope.  In November, Webb was moved from the Spacecraft Systems Development and Integration Facility cleanroom and onto the new neighboring Vibration Test System (VTS), where testing is ongoing.  While in the shirtsleeve environment of the VTS, a large 3-story tall cover enshrouds the telescope, acting as a portable cleanroom that protects it from dust and dirt.

This spring, after vibration testing is complete, the Webb telescope will be shipped to NASA’s Johnson Space Center in Houston, Texas, for end-to-end optical tests in a vacuum at extremely cold temperatures, before it goes to Northrop Grumman Aerospace Systems in Redondo Beach, Calif., for final assembly and testing prior to launch.