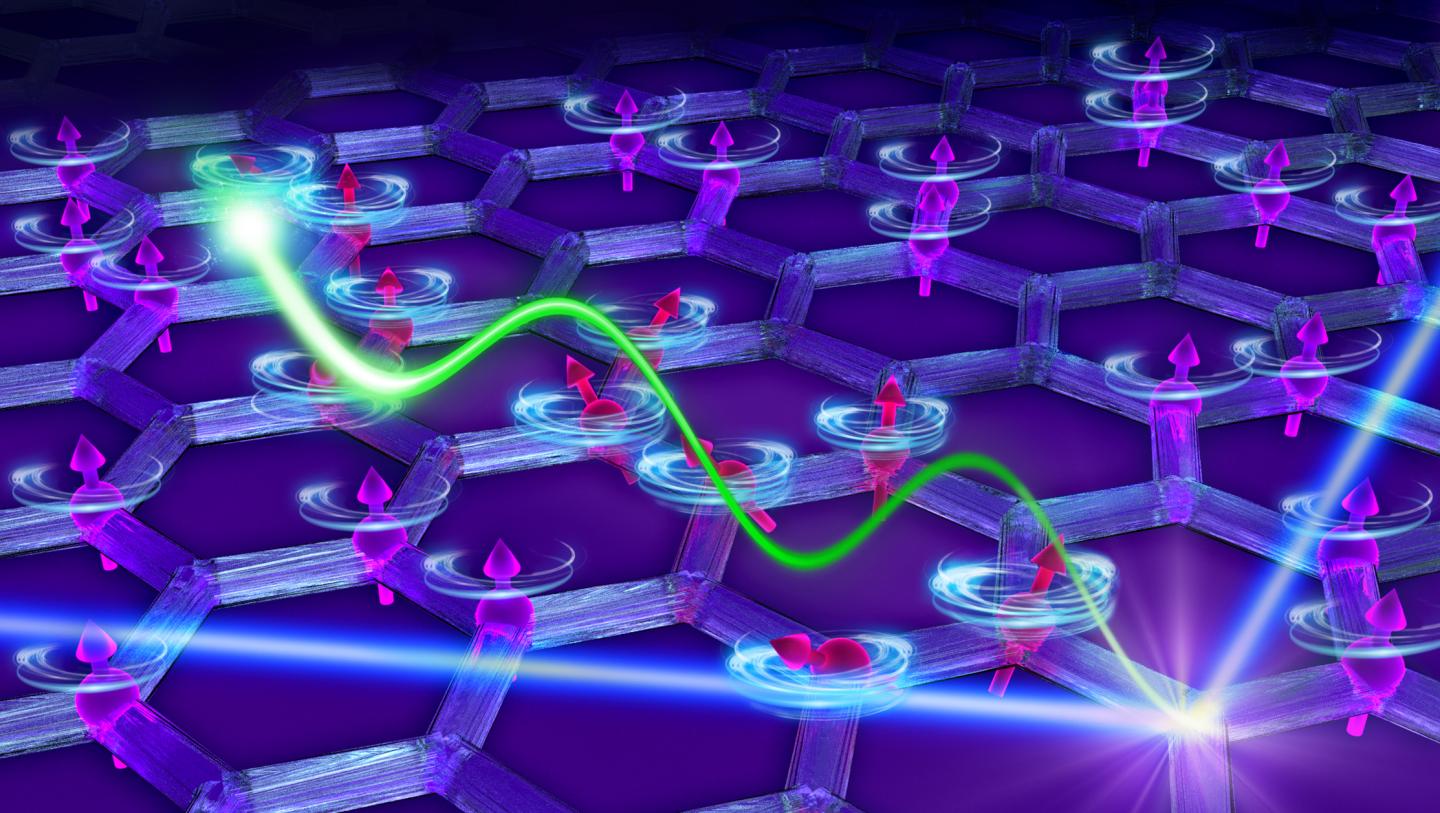 Neutron scattering has revealed in unprecedented detail new insights into the exotic magnetic behavior of a material that, with a fuller understanding, could pave the way for quantum calculations far beyond the limits of the ones and zeros of a computer’s binary code.

A research team led by the Department of Energy’s Oak Ridge National Laboratory has confirmed magnetic signatures likely related to Majorana fermions–elusive particles that could be the basis for a quantum bit, or qubit, in a two-dimensional graphene-like material, alpha-ruthenium trichloride. The results, published in the journal Science, verify and extend a 2016 Nature Materials study in which the team of researchers from ORNL, University of Tennessee, Max Planck Institute and Cambridge University first proposed this unusual behavior in the material.

“This research is a promise delivered,” said lead author Arnab Banerjee, a postdoctoral researcher at ORNL. “Before, we suggested that this compound, alpha-ruthenium trichloride, showed the physics of Majorana fermions, but the material we used was a powder and obscured many important details. Now, we’re looking at a large single crystal that confirms that the unusual magnetic spectrum is consistent with the idea of magnetic Majorana fermions.”

Majorana fermions were theorized in 1937 by physicist Ettore Majorana. They are unique in that, unlike electrons and protons whose antiparticle counterparts are the positron and the antiproton, particles with equal but opposite charges, Majorana fermions are their own antiparticle and have no charge.

In 2006, physicist Alexei Kitaev developed a solvable theoretical model describing how topologically protected quantum computations could be achieved in a material using quantum spin liquids, or QSLs. QSLs are strange states achieved in solid materials where the magnetic moments, or “spins,” associated with electrons exhibit a fluidlike behavior.

“Our neutron scattering measurements are showing us clear signatures of magnetic excitations that closely resemble the model of the Kitaev QSL,” said corresponding author Steve Nagler, director of the Quantum Condensed Matter Division at ORNL. “The improvements in the new measurements are like looking at Saturn through a telescope and discovering the rings for the first time.”

Because neutrons are microscopic magnets that carry no charge, they can be used to interact with and excite other magnetic particles in the system without compromising the integrity of the material’s atomic structure. Neutrons can measure the magnetic spectrum of excitations, revealing how particles behave. The team cooled the material to temperatures near absolute zero (about minus 450 degrees Fahrenheit) to allow a direct observation of purely quantum motions.

Using the SEQUOIA instrument at ORNL’s Spallation Neutron Source allowed the investigators to map out an image of the crystal’s magnetic motions in both space and time.

“We can see the magnetic spectrum manifesting itself in the shape of a six-pointed star and how it reflects the underlying honeycomb lattice of the material,” said Banerjee. “If we can understand these magnetic excitations in detail then we will be one step closer to finding a material that would enable us to pursue the ultimate dream of quantum computations.”

Banerjee and his colleagues are pursuing additional experiments with applied magnetic fields and varying pressures.

“We’ve applied a very powerful measurement technique to get these exquisite visualizations that are allowing us to directly see the quantum nature of the material,” said coauthor Alan Tennant, chief scientist for ORNL’s Neutron Sciences Directorate. “Part of the excitement of the experiments is that they’re leading the theory. We’re seeing these things, and we know they’re real.”