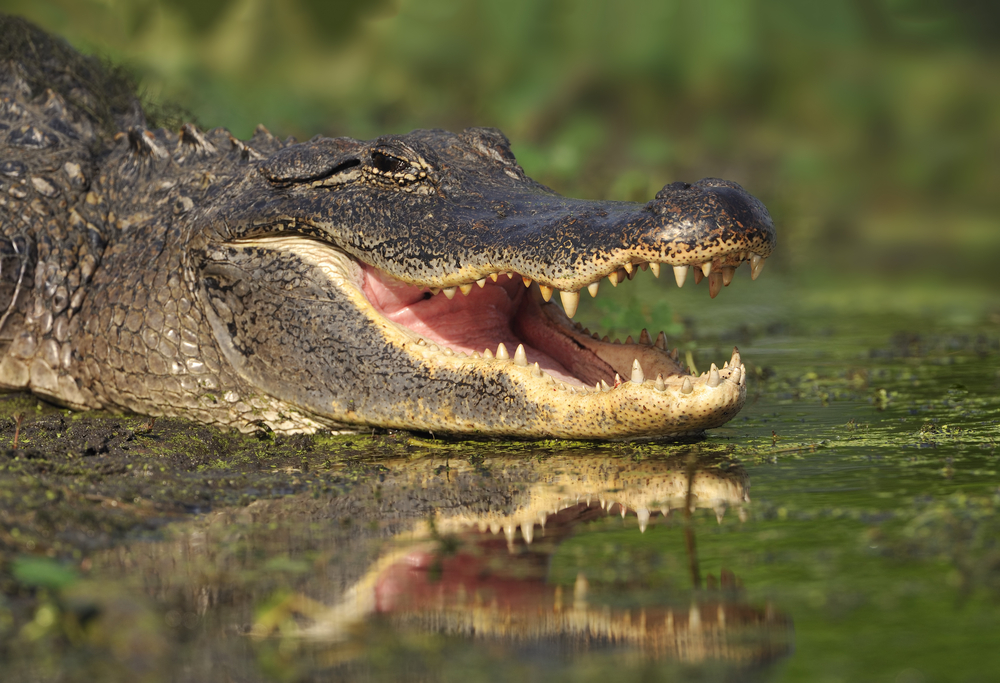 “Collecting bite data from live animals like alligators can be pretty dangerous and potentially deadly, so accurate 3-D models are the best way for biomechanists, veterinarians and paleontologists interested in the function and evolution of these amazing animals to study them,” Casey Holliday, associate professor of pathology and anatomical sciences in the MU School of Medicine, said in a statement.

“It is impossible to analyze the bite forces in extinct hard-biting species like the giant Cretaceous crocodile Deinosuchus, or the famous bone-crunching dinosaur Tyrannosaurus rex, so precise models are imperative when studying extinct species.”

This represents the first time researchers developed a naturalistic, 3D computational model of the jaw muscles that produce forces within the alligator skulls to better understand how bite forces change during growth.

“Because alligators and crocodilians have had such extreme feeding performance for millions of years, they have been a popular topic of study for paleontologists and biologists,” Kaleb Sellers, a doctoral student in Holliday’s lab, said in a statement. “Our models stand out because we’re the first to distribute loads of their huge muscles across their attachment surfaces on the alligator skull.

“This lets us better understand how muscle forces and bite forces impact the skull,” Sellers added.

The research could lead to a better understanding of the 3D biomechanical environment, development and evolution of the skull of alligators, as well as crocodilians, birds, dinosaurs and other vertebrates.