We are more than ten years into the second stage of R&D applied to large scale cultivation of microalgae for biofuels and other products.  The first stage began in 1978 when the Department of Energy (DOE) responded to high crude oil prices by funding a National Renewable Energy Laboratory (NREL)-led effort known as the Aquatic Species Program (ASP).  After some effort spent evaluating aquatic plants such as duckweed, macroalgae, water hyacinths, and cattails, the ASP began to focus on microalgae as a potential source of feedstock for biofuel production.  This decision was predicated on high measured growth rates for microalgae as well as a characteristic of many strains to produce high levels of lipids (primarily triacylglycerides) which make an excellent feedstock for biodiesel and renewable diesel and jet fuel.  Unfortunately, the technical hurdles for large scale cultivation of microalgae with observed productivity values matching lab-based expectations as well as the development of low energy/low cost harvesting and dewatering of microalgal biomass from the low cell density cultures became clear at about the time that oil prices receded to around $20 per barrel.  In its last few years, the budget for the ASP was greatly reduced and the project was finally cancelled in 1986.

Approximately ten years later, the second stage began, again driven by high oil prices.  This time, the leading force was not the DOE, but the investment community acting in the belief that the power of modern biotechnology could be brought to bear against the hurdles that stymied the ASP.  Dozens of new startups appeared throughout the years that followed, most focused on specific technologies that were promoted as game changers.  One by one, these companies disappeared, to be replaced by others, though the rate of appearance of new startups has slowed significantly in the past few years.  A few companies that were fully integrated in the processes of cultivation, harvesting, and conversion began to stand out.  These included Sapphire, Algenol, Cellana, Solazyme, Heliae, Solix, and others.  Although progress was made in addressing the technical challenges identified earlier, new ones became apparent including pond crashes (brought on by pests, predators and pathogens), limited resource availability (land, CO2, nutrients, water, etc.), and environmental issues (high evaporation rate, limited sunlight, temperature variability).  These challenges were accompanied by another prolonged drop in oil prices, which again put pressure on the process economics to justify expensive scale up efforts to move outdoors into pilot and demo scale cultivation facilities.

The need for revenue streams drove many of the remaining companies to shift focus from fuels to higher value products such as pharmaceuticals, nutraceuticals (including omega-3 fatty acids and carotenoids), and animal/aquaculture feeds.  But even the commercialization of these products remains challenging and the success of the second stage of algal biomass remains uncertain, and the main problem lies with the cost of algal biomass production.  AT NREL, we have used techno-economic analysis (TEA) to build a model for the production of algal biomass in large open ponds.  This model allows us to determine the economies of scale that can reduce cost as the size of cultivation facilities (basically microalgae farms) increase.  Based on this analysis, we have determined that production costs can drop significantly until a farm reaches about 5000 acres of open ponds, at which point additional area leads to diminishing returns.  At the 5000 acre farm scale, we believe that it is possible to produce biomass based on verified growth rates for approximately $1000 per dry ton, but operating at the smaller scales currently available, the cost would be much higher.  Thus, even economic production of high value products like omega-3 fatty acids is challenging, and economic production of low value products like biofuels is impossible.

In addition to the expected cost saving from driving towards economy of scale, it is expected that improvements in strain characteristics and cultivation processes will also lead to reduced costs.  Our TEA modeling suggests that achieving a target of $300 per dry ton can be achieved.  Reaching this cost target would enable economic production of a number of higher value products, but biofuel production would still not be able to compete with crude oil.  In the classical approach to using algal biomass as a feedstock for biofuel production, the lipids are extracted and upgraded to biodiesel or renewable diesel/jet fuel.  Microalgal biomass is well suited for this sort of process, because under the right cultivation conditions, it can contain more than 50% lipids by weight.  However, even at this high lipid content, 50% of the biomass (largely protein and carbohydrate) is wasted.  In our TEA models, this residual biomass is sent to anaerobic digesters for conversion to biogas which can be used to generate heat and power for the biorefinery and to provide a means to recycle nutrients back into the ponds.  Although this can improve the sustainability of the process by reducing the amount of fossil fuels needed for heat and power, biogas adds little to the overall economics due to low value in the face of cheap, readily available natural gas.

Researchers at NREL have taken a page from the petroleum refinery (and the meat packing industry) to propose a multi-product algal biorefinery concept as a means to let no component of the microalgal biomass go to waste.  Using our expertise at compositional analysis and thermochemical and biochemical conversion technologies, we have identified a number of new opportunities for production of fuels and higher value products from the lipids and the residual biomass.  This led us to develop what we call the Combined Algal Processing (CAP) scheme (Figure 1).

Using sulfuric acid and elevated temperatures, we disrupt the algal biomass, hydrolyzing the carbohydrates to monomeric sugars (largely glucose and mannose).  This slurry is pumped into fermentors for conversion of the sugars to fuels and chemicals.  To date we have produced ethanol, succinic acid, and butyric acid using both yeast and bacteria and we are confident that the microalgal sugars can be substituted for corn, cane or cellulosic sugars for any fermentation process.  After fermentation, the product is recovered and the remaining liquor is extracted with hexane to recover the algal lipids.  We have shown that the fermentative organisms are unable to utilize lipids, and that they can be recovered in high yield from the liquor.  In addition to TAGs, microalgal lipids contain a number of sterols.  We have purified these sterols and converted them to surfactants for an additional co-product.  The TAG fraction has been chemically upgraded to hydrocarbon through hydrodeoxygenation to provide the main fuel product.  We have also begun investigating the use of a slipstream of the TAG fraction to produce polyurethanes through a novel process that eliminates the need for toxic isocyanates produced from petroleum.  This class of non-isocyanate polyurethanes (NIPUs) are polymerized with crosslinking agents that can be produced from the protein fraction of the algal biomass remaining after extraction.  We have also explored additional products from algal protein including bioplastics, microbial culture media, and conversion to biofuels through multiple pathways.  It is reasonable to ask why we would want to use algal proteins for low value products when increasing amounts of protein are needed to feed a growing population.  This is certainly an important role that microalgae could play, but the challenges of producing food or feed grade algal biomass using non-potable water sources such as waste water or produced water from oil or natural gas extraction suggests that alternative uses for algal protein could remain an important priority.

Up to this point, we have only been discussing products based on natural strains of microalgae.  Additional products can also be made through metabolic engineering.  One area that NREL researchers have explored is the engineering of cyanobacteria to overexpress the efe gene from a bacterium which codes for the ethylene forming enzyme.  Expression of this single gene provides the cyanobacterium with the ability to convert light and CO2 into ethylene, released into the gas phase of the culture.  Although this concept requires a special cultivation system to facilitate ethylene recovery, the potential addition of this important commodity chemical to our biorefinery concept.

Taken together, then, this approach allows us not only to take advantage of all the major natural components of microalgae but to manipulate the organism to produce novel molecules.  The various options are summarized in Figure 2.  Our TEA modeling is now focused on identifying the best suite of products to maximize profitability for an algal biorefinery with a primary focus on biofuels.  We believe that this concept could lead to biofuel production at a price competitive with petroleum through the added revenues of the higher value coproducts.   Ultimately we hope to use everything about the microalgae, period.

Dr. Philip Pienkos is the Strategic Project Lead at the National Bioenergy Center at NREL. 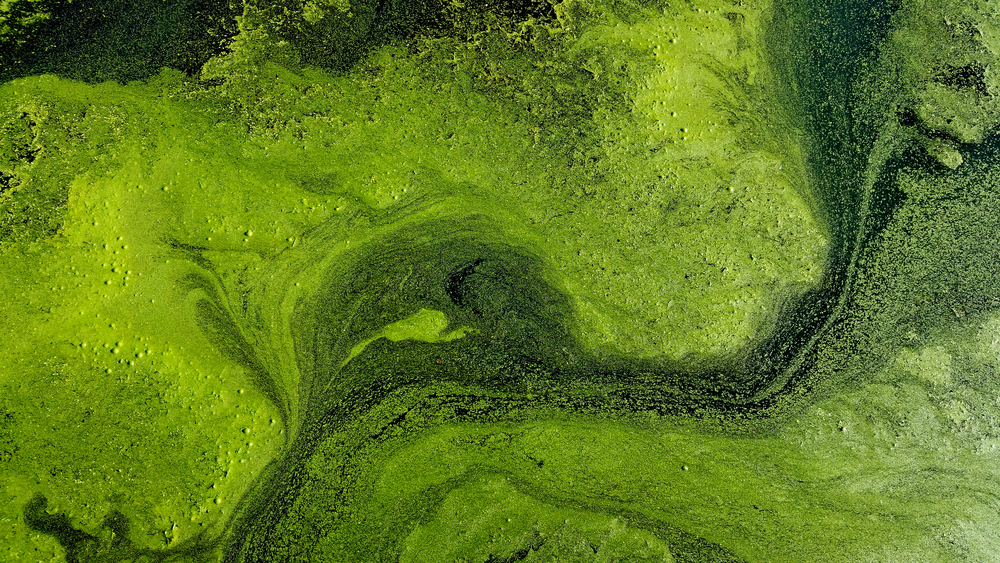