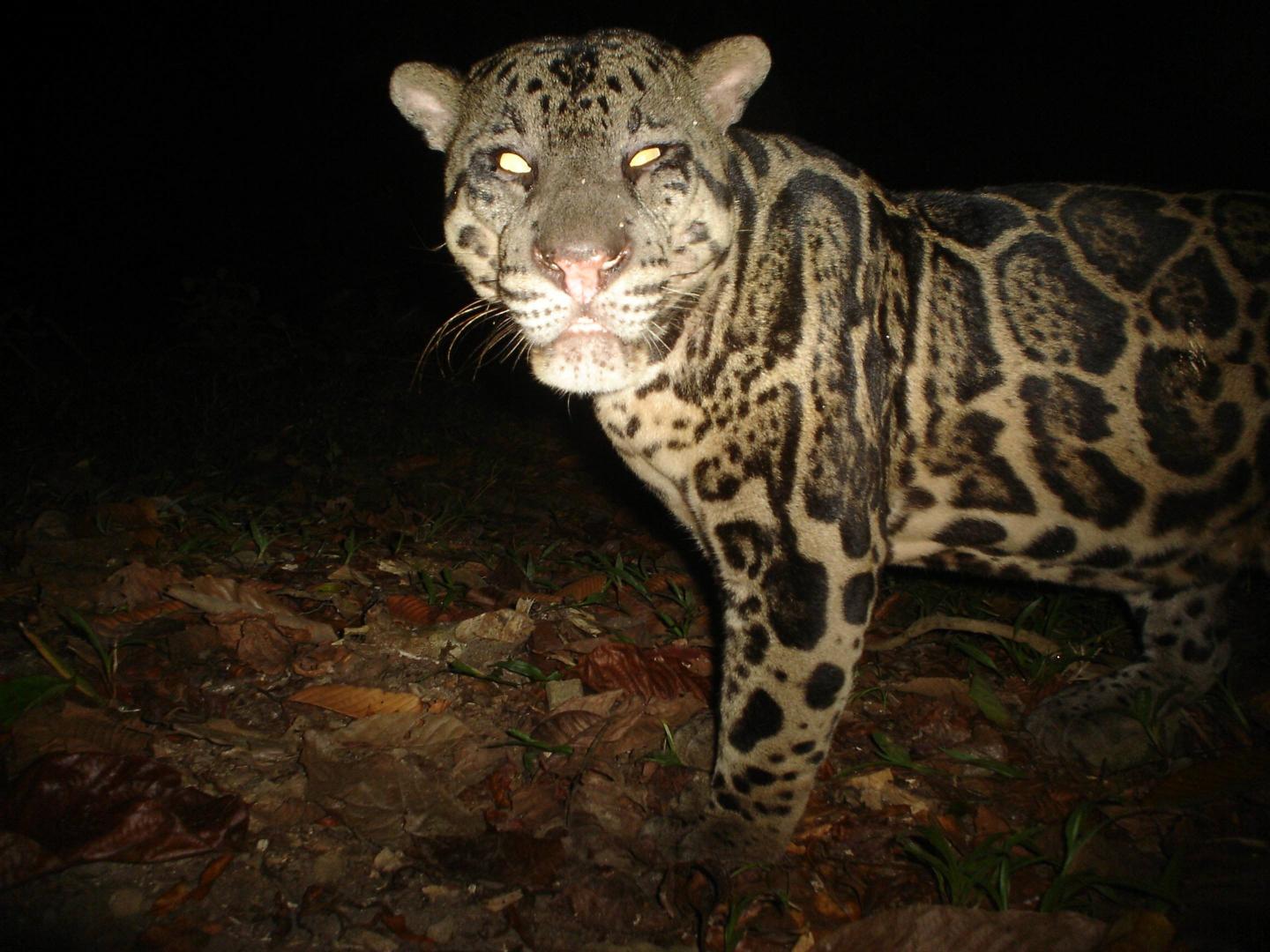 Photo of a Sunda clouded leopard captured as part of a WildCRU study into their ecology in Malaysian Borneo. Deforestation is one of the biggest threats to clouded leopards. Source: Photo Credit: Andrew Hearn, WildCRU

With rain forests at risk the world over, a new collaboration is equipping conservationists with the tools to predict and plan for future forest loss.

A new study by scientists from the Universities of Oxford, Montana and the US Forest Service highlights novel approaches to tackling deforestation. The team focused their research on Borneo, an island that has lost a staggering 30 percent of its forest since the 1970s and is among the most biodiverse and threatened on the planet.

The loss of Bornean forests threatens species such as the orangutan, Sumatran rhino, and the Sunda clouded leopard; as well as emitting significant amounts of carbon dioxide into the atmosphere.

Although focussed on Borneo, the study findings, published in Landscape Ecology, will be useful to all forest conservationists, and could help tropical forests around the world.

The study took an innovative approach to conducting their data analysis, using existing maps of the area and the machine learning algorithm ‘Random Forests’, the team built a multi-scale model of deforestation on the island over time (from 2000- 2010).

After calculating the historic links between landscape variables and deforestation, the team used this information to predict the future deforestation risk facing Borneo’s remaining forests. The goal of this study was to provide national authorities with a tool that would support them to recognise potential deforestation threats in the future.

Ewan Macdonald, joint first author and a researcher in Oxford’s Wildlife Conservation Research Unit (WildCRU) said: ‘Our results provide the best insight to date of where the highest risks lie to Borneo’s remaining forests. I hope this will help governments and conservation planners to develop effective strategies to combat these risks and to conserve these beautiful forests for future generations.

‘If we understand where risks lurk, we can plan action to counteract them. And these risks are real and imminent for many species, such as the beautiful and enigmatic Sunda clouded leopard, which are threatened by Borneo’s forest loss. I hope our understanding of the patterns of deforestation risk will provide a vital tool in developing effective conservation strategies.’

The research findings strongly suggest that this novel approach offer a powerful method for analysing land use change. In addition, it highlights the immense and imminent deforestation risk to Borneo’s forest biodiversity, with clear spatial patterns of risk related to topography and landscape structure that differ between the three nations that comprise Borneo.

Samuel Cushman, joint first author, Director of the Center for Landscape Science and Research Landscape Ecologist at the U.S. Forest Service Rocky Mountain Research Station said: ‘It is well accepted that ecological processes interact across a range of scales both in time and space; despite this, very few studies have explicitly accounted for scale dependence in predictive modelling. This analysis highlights the power of multi scale approaches to land cover change modelling and we hope it will encourage other researchers to adopt this approach.’

Professor David Macdonald, Director of Oxford’s Wildlife Conservation Research Unit said: ‘Borneo’s majestic forests and glorious wildlife are beacons to the world and what’s so exciting about this study is that the intelligence gained from studying patterns in Borneo, sheds a light to illuminate a way of helping tropical forests around the world. The innovation lies in a methodology that can be rolled out far beyond Borneo.’