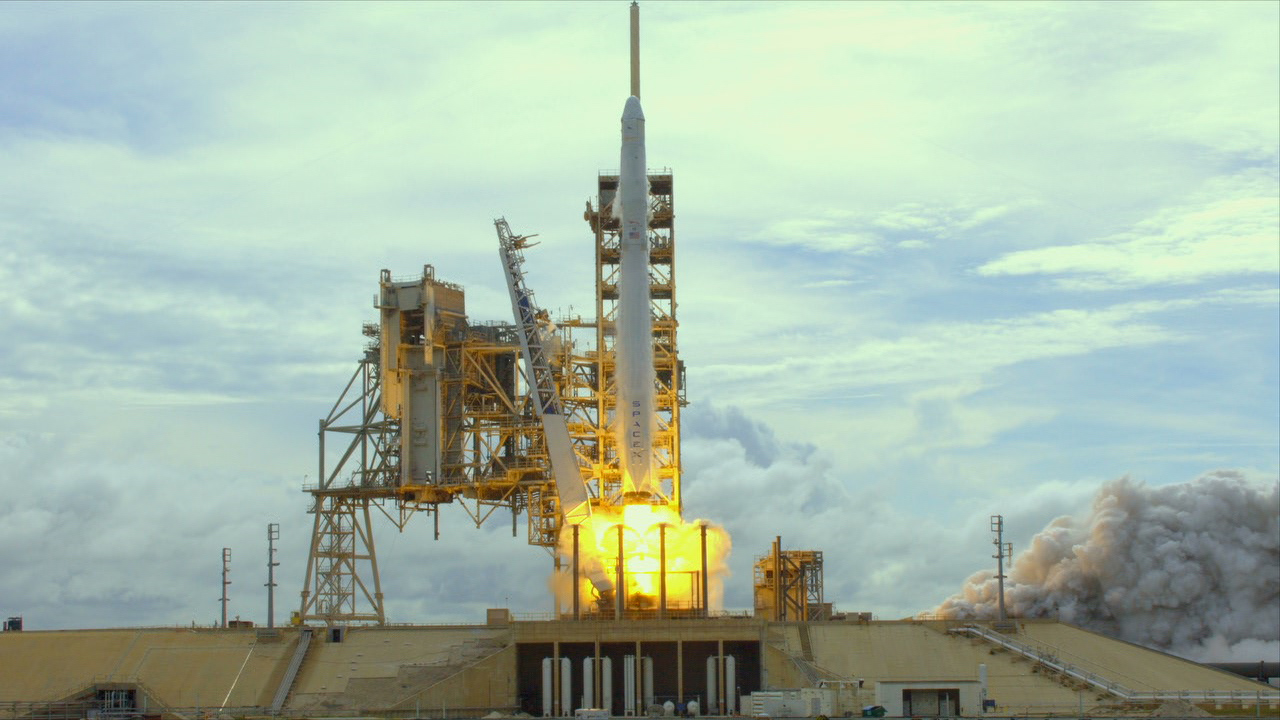 The SpaceX Dragon cargo craft lifted off from Launch Complex 39A at NASA’s Kennedy Space Center in Florida at 5:07 p.m. June 3. About 6,000 pounds of research equipment, cargo and supplies are packed into the cargo craft that is now in Earth orbit and headed to the International Space Station. Photo: NASA TV

Major experiments that will look into the human body and out into the galaxy are on their way to the International Space Station aboard a SpaceX Dragon spacecraft following its 5:07 p.m. EDT launch aboard a Falcon 9 rocket.

The Dragon lifted off from Launch Complex 39A at NASA’s Kennedy Space Center in Florida. About 6,000 pounds of research equipment, cargo and supplies are packed into the cargo craft that is now in Earth orbit and headed to the station.

NASA Television and the agency’s website provided live coverage of the rendezvous and capture beginning at 8:30 a.m. Monday, June 5. NASA astronauts Jack Fischer and Peggy Whitson will use the space station’s robotic arm to capture SpaceX’s Dragon when it arrives at the station.

Research materials flying inside the Dragon’s pressurized area include an experiment studying fruit flies to better understand the effects on the heart of prolonged exposure to microgravity. Because they’re small, age rapidly, and have a well-known genetic make-up, they are good models for heart function studies. This experiment could significantly advance understanding of how spaceflight affects the cardiovascular system and could aid in the development of countermeasures to help astronauts.

The Systemic Therapy of NELL-1 for osteoporosis investigation tests a new drug that can rebuild bone and block further bone loss, improving crew health. When people and animals spend extended periods of time in space, they experience bone density loss, or osteoporosis. In-flight countermeasures, such as exercise, prevent it from getting worse, but there isn’t a therapy on Earth or in space that can restore bone. The results from this ISS National Laboratory-sponsored investigation build on previous research also supported by the National Institutes for Health and could lead to new drugs for treating bone density loss in millions of people on Earth.

This mission is SpaceX’s eleventh cargo flight to the station under NASA’s Commercial Resupply Services contract. Dragon’s cargo will support dozens of the more than 250 science and research investigations during the station’s Expeditions 52 and 53.

The Dragon spacecraft is scheduled to depart the space station in early July, returning with more than 3,400 pounds of science, hardware and crew supplies.

For more than 16 years, humans have lived and worked continuously aboard the International Space Station, advancing scientific knowledge and demonstrating new technologies, making research breakthroughs not possible on Earth that will enable long-duration human and robotic exploration into deep space. A global endeavor, more than 200 people from 18 countries have visited the unique microgravity laboratory that has hosted more than 1,900 research investigations from researchers in more than 95 countries.