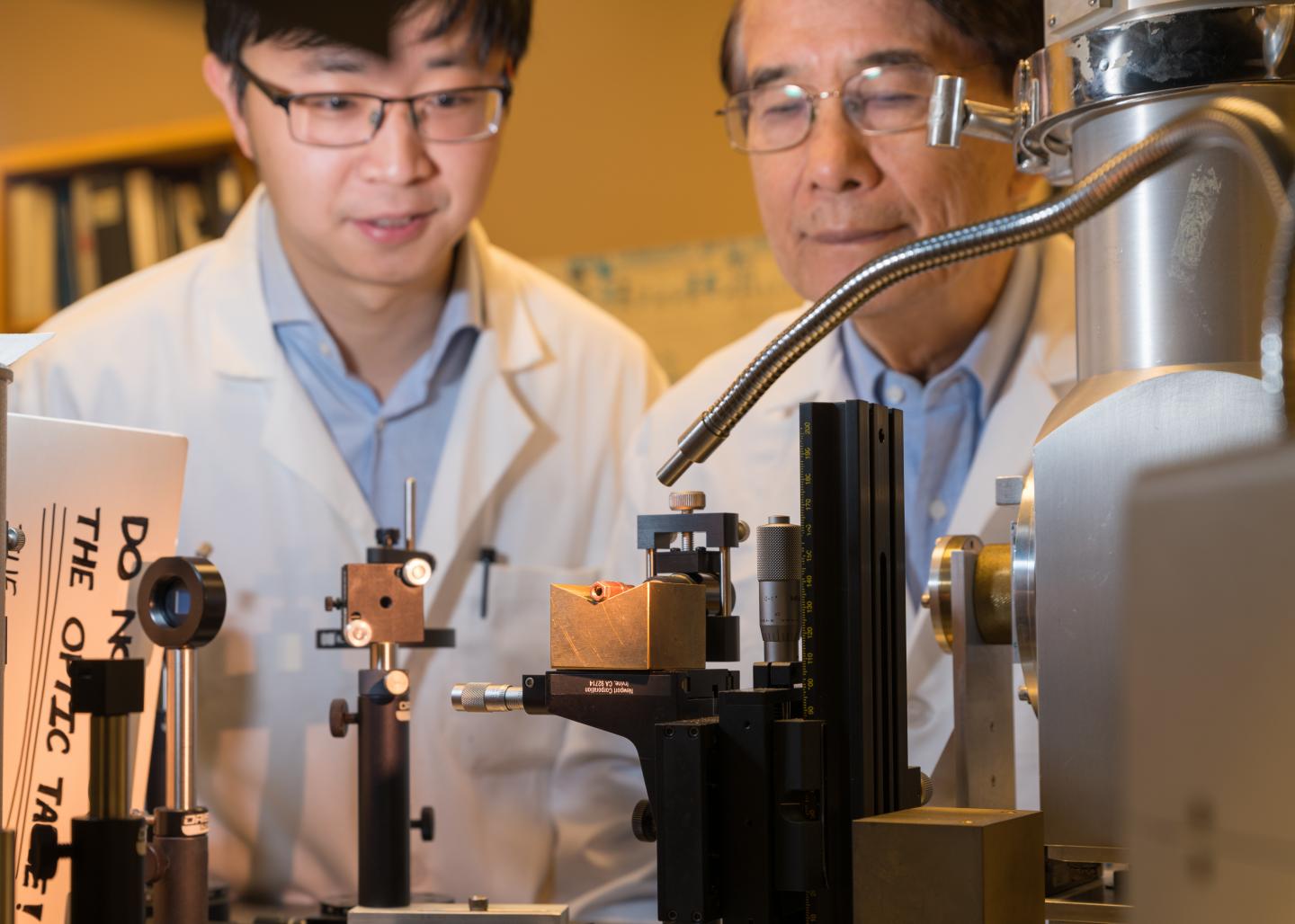 Researchers from the University of Houston have reported a new way to raise the transition temperature of superconducting materials, boosting the temperature at which the superconductors are able to operate.

The results, reported in the Proceedings of the National Academy of Sciences, suggest a previously unexplored avenue for achieving higher-temperature superconductivity, which offers a number of potential benefits to energy generators and consumers.

Electric current can move through superconducting materials without resistance, while traditional transmission materials lose as much as 10 percent of the energy between the generating source and the end user. Finding superconductors that work at or near room temperature – current superconductors require the use of a cooling agent – could allow utility companies to provide more electricity without increasing the amount of fuel required, reducing their carbon footprint and improving the reliability and efficiency of the power grid.

The transition temperature increased exponentially for the materials tested using the new method, although it remained below room temperature. But Paul C.W. Chu, chief scientist at the Texas Center for Superconductivity at UH (TcSUH) and corresponding author for the paper, said the method offers an entirely new way to approach the problem of finding superconductors that work at a higher temperature.

Chu, a physicist and TLL Temple Chair of Science at UH, said the current record for a stable high-temperature superconductor, set by his group in 1994, is 164 Kelvin, or about -164 Fahrenheit. That superconductor is mercury-based; the bismuth materials tested for the new work are less toxic, and unexpectedly reach a transition temperature above 90 Kelvin, or about -297 Fahrenheit, after first predicted drop to 70 Kelvin.

The work takes aim at the well-established principle that the transition temperature of a superconductor can be predicted through the understanding of the relationship between that temperature and doping – a method of changing the material by introducing small amounts of an element that can change its electrical properties – or between that temperature and physical pressure. The principle holds that the transition temperature increases up to a certain point and then begins to drop, even if the doping or pressure continues to increase.

Liangzi Deng, a researcher at TcSUH working with Chu and first author on the paper, came up with the idea of increasing pressure beyond the levels previously explored to see whether the superconducting transition temperature would increase again after dropping.

It worked. “This really shows a new way to raise the superconducting transition temperature,” he said. The higher pressure changed the Fermi surface of the tested compounds, and Deng said the researchers believe the pressure changes the electronic structure of the material.

The superconductor samples they tested are less than one-tenth of a millimeter wide; the researchers said it was challenging to detect the superconducting signal of such a small sample from magnetization measurements, the most definitive test for superconductivity. Over the past few years, Deng and his colleagues in Chu’s lab developed an ultrasensitive magnetization measurement technique that allows them to detect an extremely small magnetic signal from a superconducting sample under pressure above 50 gigapascals.

Deng noted that in these tests, the researchers did not observe a saturation point – that is, the transition temperature will continue to rise as the pressure increases.

They tested different bismuth compounds known to have superconducting properties and found the new method substantially raised the transition temperature of each. The researchers said it’s not clear whether the technique would work on all superconductors, although the fact that it worked on three different formulations offers promise.

But boosting superconductivity through high pressure isn’t practical for real-world applications. The next step, Chu said, will be to find a way to achieve the same effect with chemical doping and without pressure.