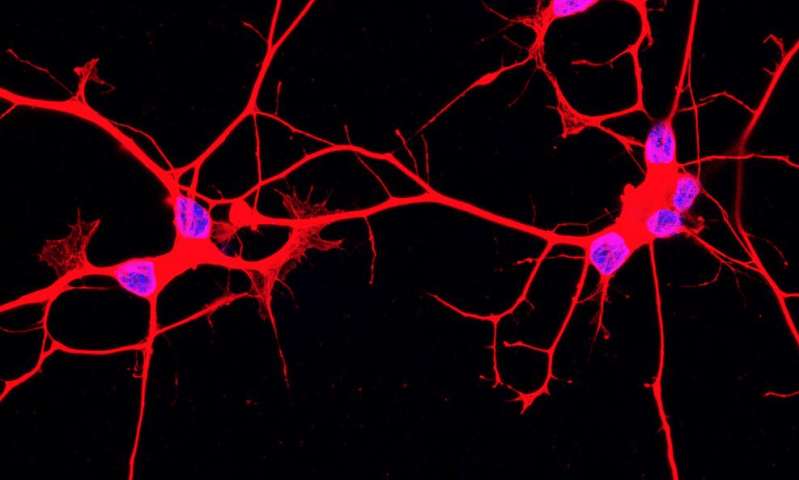 Northwestern Medicine scientists have discovered that some neurons affected by amyotrophic lateral sclerosis (ALS) display hypo-excitability, using a new method to measure electrical activity in cells, according to a study published in Stem Cell Reports.

“The excitability changes observed in these patient neurons most likely represent the early steps in the disease process,” said Evangelos Kiskinis, Ph.D., assistant professor in the Ken and Ruth Davee Department of Neurology in the Division of Neuromuscular Disease. He is a principal investigator at the Les Turner ALS Center and a co-author of the study. “The fact that these changes are detectable in stem cell-derived neurons offers the hope that interventions that affect excitability could affect disease progression before symptoms begin.”

“This allows us to literally see electricity in a cell and measure hundreds of cells in one go,” said Kiskinis, also a professor of Physiology. “In the past, we relied on single cell manual patch physiology to get this information, which lasted for days and required significant manual working hours.”

In the current study, Kiskinis, along with collaborators at Harvard University, created patient-derived spinal cord motor neurons from ALS patient stem cells and used the optopatch technique to examine the electrical patterns from thousands of neurons—the first time the approach has been used to study a human disease model.

The scientists found that ALS neurons were hyper-excitable under normal conditions, but became hypo-excited when prompted to fire rapidly. These findings are in line with what previous studies have shown about the transition from hyper-excitability to hypo-excitability and eventually cell death in ALS neurons, according to Kiskinis.

In addition, they found only some ALS neurons exhibited these characteristics; the rest appeared normal.

“These observations highlight the importance of analyzing neuronal recordings at the single-cell level, rather than simply looking at aggregate population-level statistics,” Kiskinis said. “We are intrigued to find what makes some of our cells vulnerable while others are resistant to this phenotype.”

In the future, Kiskinis and his collaborators hope to examine whether other genetic sub-types of ALS exhibit these alterations in excitability and search for molecules that can reverse those changes.

“We now have a platform to study this process in more detail and identify such therapeutic interventions,” Kiskinis said.